US Players in the WHL 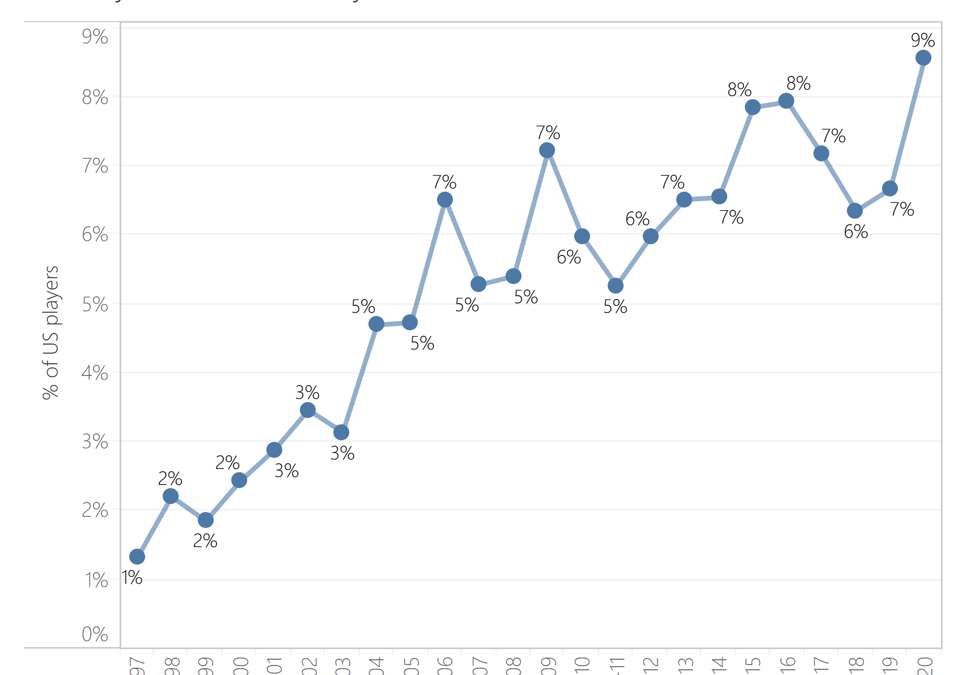 The Western Hockey League’s first ever US Challenge Cup kicked off this weekend in Kent. This 12-team tournament brings to town some of the best bantam teams in the Western United States & Canada. The tournament showcases the elite bantam players to scouts of WHL Teams and also helps introduce the WHL to these elite US bantam players who might not be as familiar with the WHL as Canadian players are already. The hope for the WHL is that some of the US born players would then choose the WHL as they take the next step in their hockey careers.

Naturally, I looked at the data to see how the WHL has been doing at identifying and recruiting elite US hockey players.

The Seattle Thunderbirds, host of the US Challenge Cup, are the outlier relative to the other US teams with only 1 US player on their roster, but this should change in the coming years….

The WHL Bantam Draft is the main gateway to the WHL. Most of the WHL players are drafted in the Bantam Draft.

Over the last two years, the US WHL teams have drafted the most US players from the WHL Bantam Draft.

As the WHL attempts to attract more US players, it will be interesting to see if any of these numbers change more dramatically than they are already trending.