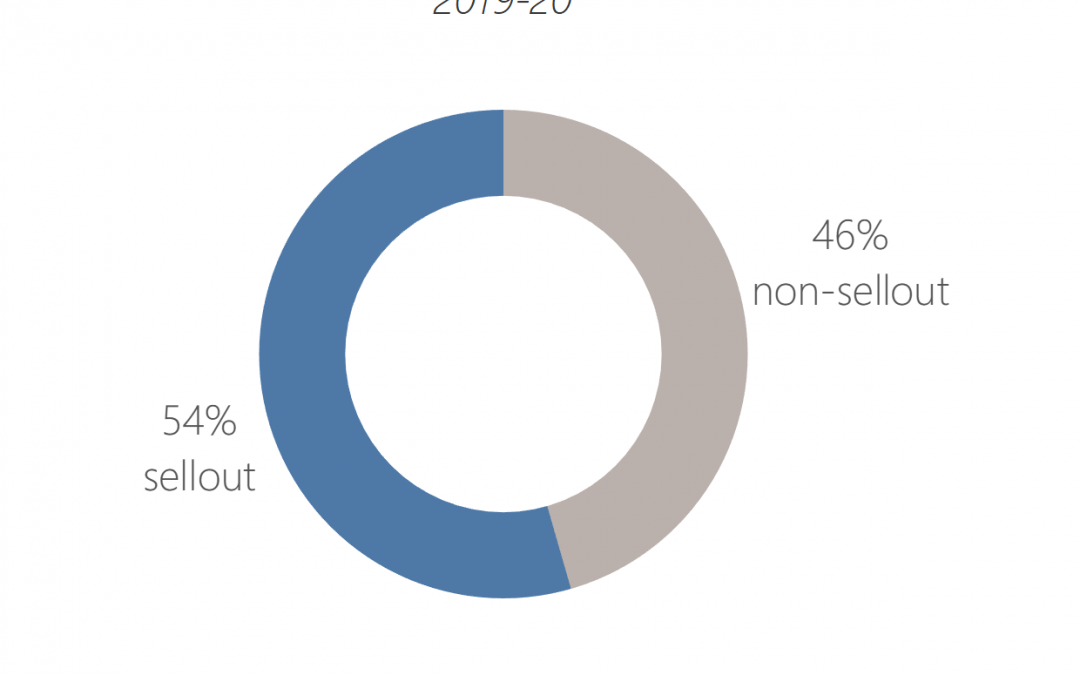 Last Saturday, April 4th, would have been the last game of the season. That is when I would have taken a deep dive look into the annual attendance numbers across the NHL. As of now, we don’t know when the NHL could resume. I also seem to have a lot of time on my hands these days, so what could be a better time than now to take a look at NHL attendance up until the league hit the pause button?

The league wide attendance has been relatively flat over the last 6 seasons and we saw no change to that trend this year.

Looking at the league wide % of games sold out, you can see that the sellout percentage is down 1% compared to all of last season. The league tends to get higher attendance toward the end of the season (no competition from football, playoff races, etc.) Therefore, I anticipate the sellout % to go up if the rest of the season were played per the original schedule.

Ok. This is where it gets fun. Winning sure does help attendance. While losing… losing can hurt a lot, especially year over year losing. Carolina’s growth got a big boost from the exciting Stanley Cup playoff run from last season. On the other side of the coin, the last few losing seasons has really hurt Ottawa, Minnesota, LA, Anaheim, and Edmonton. Of the bottom 6, only the San Jose Sharks were in the playoffs last year, but this season has been brutal, currently in last place in the Western Conference. Side Note: there are a lot of NHL teams that sellout every game which makes it pretty much impossible to increase attendance.

Let me know if you have any specific questions.

Below is a team by team view of how many games were sold out and a line chart to compare vs. last year. Enjoy.