How has the pause affected scouting the 2020 NHL Draft? 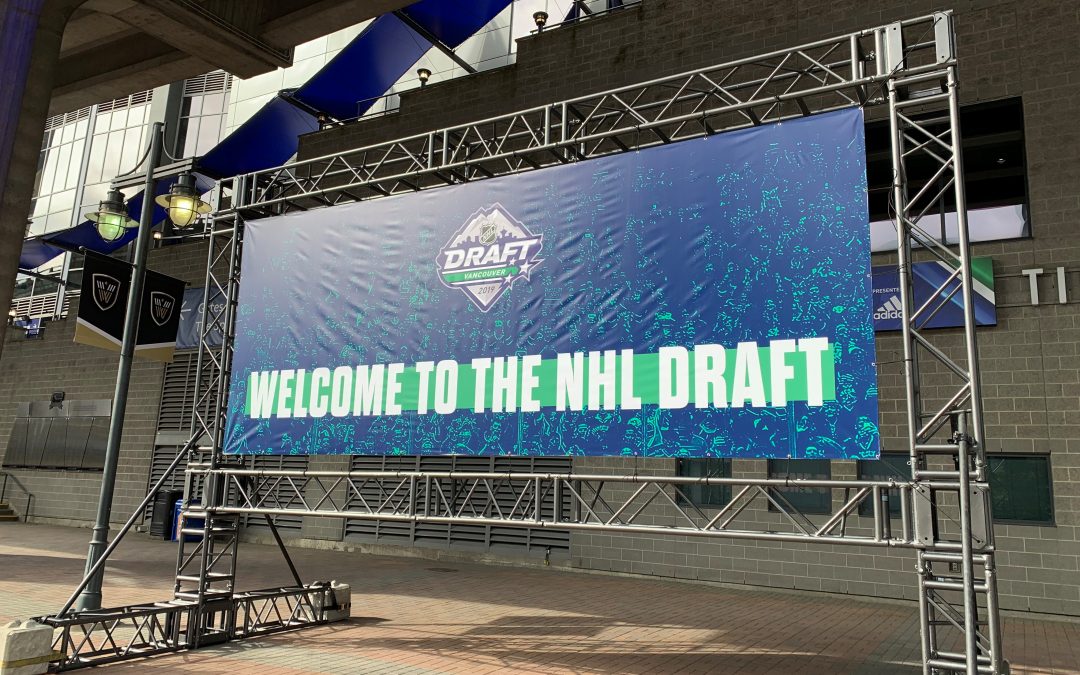 It’s been over 50 days since we’ve had any hockey on the ice, at any level, throughout the globe as leagues every where navigate the COVID-19 pandemic. Players and coaches have returned to their homes to prepare as they can for a hopeful season restart, or in the case of junior, NCAA, and European leagues, for next season.

But for NHL scouts, there is still work to be done in preparation for the 2020 NHL Draft.

The draft will happen this year at some point and its going to look different. Montreal was set to host but with social distancing requirements, players will have to look online and watch television to learn their fate.

As seasons were wiped out it left scouts without any more games to watch which has affected the process.

“Our final list always comes out around the first round of the NHL playoffs and just before the draft lottery,” NHL Central Scouting Director Dan Marr said during a video press conference last month. “We missed about 10 days and most of our rankings are based on regular season play which gives us a balanced assessment. As far as our meetings, we just moved it to an online format and were able to keep it at a business as usual approach.”

The Central Scouting final rankings are a great guideline to learn who the top players in North America and internationally are but don’t necessarily reflect how the individual teams feel about draft prospects.

With the cancellation of the NCAA and CHL playoffs, team scouts have lost out on further viewings which are important in the scouting process.

“I think at the end of the day it affects us in the sense that you want to see the players playing in the big games with some pressure and how they react to that pressure,” one NHL team scout says. “A lot of times, your best evaluations are at the end of the season and we didn’t get that this year.”

For players at the top of the draft, the lack of a post season won’t have an effect.

Scouts got to see a lot of Alexis Lafreniere from the QMJHL’s Rimouski Oceanic and Germany’s Tim Stutzle — projected to go with the first couple of picks — all year as they played high stakes games during the World Junior Championships.

In fact, prospects with a first-round grade most likely will not be hurt by the pause. But, the guys from pick 32 through 186 could be as they will miss out on a chance to be seen more and to improve their stock in the eyes of team scouts.

“I think you’re going to probably see teams and scouts lean on games in areas that they’ve seen more of,” the NHL team scout says. “You live in a certain area and you’re going bump into certain teams more often and see those players. If you’ve seen one guy 10 times and another guy 3 or 4 times, you’re going to lean on what you know best.”

One of those players in Seattle Thunderbirds defenseman Tyrel Bauer.

Bauer, 18, has finished his second season in the WHL and was ranked 166th by Central Scouting among North American skaters.

Tyrel Bauer is a physical defenseman who is hoping to have his name called in the 2020 NHL Draft. (Brian Liesse/Seattle Thunderbirds)

This is his first experience with the NHL Draft so he may not be aware of any differences between this year and past drafts but he’s on the doorstep to a potential entry point for a dream job and it’s on his mind as summer approaches.

“I’m in contact with my agent often,” Bauer says from his home in Cochrane, Alberta. “We talk about a lot of things, one of them is the draft. Teams are still trying to do things but with the pause to the season, with the cancellation of the combine and the suspension of the draft as of right now, and development camps being canceled as well, it’s just been not knowing when the draft is taking place and what the order is that’s causing confusion.”

The combine is another opportunity lost for players like Bauer to make an impression on potential future employers.

Not only are their physical attributes measured — Bauer is already near NHL size standing at 6-foot-3 tall and 203 pounds – but it’s a chance to meet with NHL clubs and make an off-ice impression. Teams invest draft capital and salary in players, and they want to chat to see what kind of people they are.

There are random, impromptu interviews during the season, but the combine is where a team can get multiple player personnel staff in a room with prospects.

“Are they leaders, are they physically undeveloped,” the NHL team scout says of what they learn at the combine. “You’re trying to get a full picture of these hockey players, these young men, and we didn’t get that opportunity with the combine wiped out. We’ve done some during the season interviews, I’ve done a few zoom calls with the players but it’s not the same as the combine when you can get them in a room to get a sense of who they are.”

During his year in Seattle, Bauer had some of those meetings and says that his agent has received some calls since the season ended as scouts have had to find new ways to continue evaluating prospects off the ice without the benefit of in person meetings.

“I’ve talked to a number of coaches since the season ended,” the scout says. “I’ve circled back and talked to a couple kids that I’ve already interviewed in person. With the way the world is now, we’re just trying to create opportunities to make the best selections come draft day. We’re trying to think outside the box a bit here.”

The pandemic is already having an impact on the 2021 Draft as well with the cancellation of the Hlinka Gretzky Cup in April.

Set to play in August, the annual tournament is the unofficial kick off point for the upcoming prospect season. Top players eligible for next year’s draft – which is also the first draft NHL Seattle will participate in – were set to play in what are heavily scouted games.

“It’s a quick snapshot early in the season of who is potentially out there,” the scout says of the Hlinka tournament. “It’s an opportunity to get the best schedule to start the season to see some of these young players. A lot of times with the Europeans you only get to see them in four big tournaments, when you take one of those tournaments away you’re limiting four or five views of some these Swedes or Finns, or whoever you’re watching.”

When should the draft happen?

The NHL has been trying to come to a decision about whether to move the draft up to the start of June or to postpone to later in the summer, after the conclusion of a re-started season.

While the league wants a June draft, some of the teams have pushed back. All signs point to the league winning out and we most likely will see the draft sooner than later – from our televisions and laptops.

For scouts, it won’t really matter.

They will have completed their reports and meetings and should be ready to go. For the players, it will either end their nervous summer or prolong the wondering and waiting.

“I guess if I had a preference, just have it so all those nerves will be over with early,” Bauer says. “Then we can focus on the summer without having that looming over us…if I had a preference it would be to have it earlier, but I understand that doesn’t work with a lot of NHL teams.”

There is not much Bauer can do right now, other than train and workout.

He’s put together a home gym of sorts to work out in his garage but like most players, has not been able to get on skates and says he’s antsy to get on the ice.

Bauer is getting ready for next season and perhaps a summer camp. NHL teams invite their drafted players, and a handful of undrafted free agents, to development camps after the draft.

Right now, those aren’t happening, adding to the uncertainty for players like Bauer.

“Regularly we would be training to go to the combine and then NHL development camps,” he says. “Right now, many of us are still training because you don’t want to have something change and not be ready for it.”

Bauer says he had yet to make up his mind on whether or not he was going to travel to Montreal. As a Canadiens fan he was drawn to go and experience it in person.

That option has been taken away, so he’ll have to stay home and find a way deal with the nerves. Last year, one of Bauer’s teammates, Henrik Rybinski, attended a driver’s ed class on draft day to help keep his attention elsewhere.

With social distancing in place, Bauer can’t take such a class.