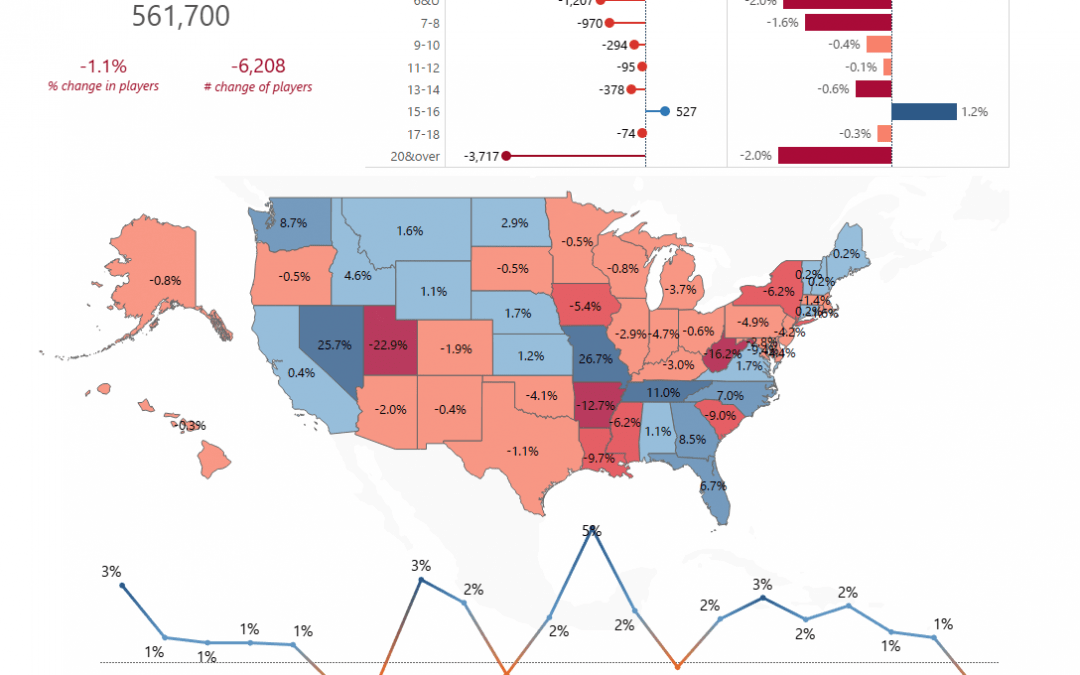 Part of this is certainly due to COVID-19 hitting at the end of the season and shutting down recreational and competitive hockey across the US. This could also be part of the broader story of the decline of youth sports participation across the US and finally reaching hockey.

Another bright spot is female hockey continues to grow, adding ~1,300 player memberships compared to last year. The 1,300-player increase was not quite the same pace as the previous three years of the addition of 3,000 players per season, but it was still good for a 1.6% increase. Any increase in sports should be considered significant these days.

As noted above, Washington State added 876 player memberships, which is up 8.7% compared to 2018-19 and is the second biggest increase this state has seen since the numbers have been reported.

Much of this growth came from 20+ age group. As more ice comes online in Snoqualmie and Northgate, not to mention of the arrival of the NHL team, we should expect the youth numbers to increase significantly.

If you would like to drill into any state dashboard, you can do so here: