Release the Kraken! – a 20-something Nerdy Girl Returns with obnoxious joy 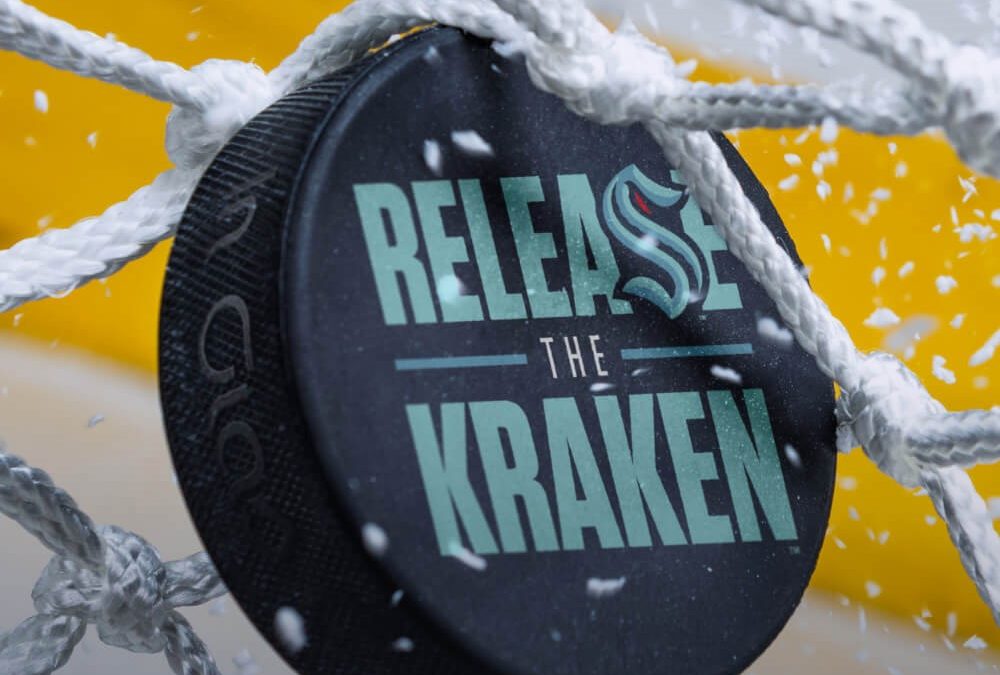 Thank you all for the kind welcome you have given me to the hockey community. I couldn’t believe you went to all this trouble for little ol’ me. When I wrote my first piece, I expected the most controversy to come from me placing Kraken at the top, not my joke about being allergic to patriotism. (This would have been a whole different conversation if we were discussing the majestic Golden Eagle, but with the Golden Knights I know we wouldn’t be considering the superior bird.) I do also want to acknowledge the Tacoma Rainiers – I’m sorry I didn’t know you exist, but the only sports I care about are hockey and soccer, so unfortunately you slid under my radar.

I will now crow about my victory. I am overjoyed by the name Seattle Kraken. With serious jump around my apartment enthusiasm, I attempted to go on their merch website, but it was overloaded with too many fans and I couldn’t access it. (I love the sweaters by the way.) This name is above all going to be fun. I love the fact that this name is over the top ridiculous and wouldn’t have it any other way. I go to hockey to put away my anxiety, so I didn’t want a name that was too serious. This is perfect. The Great Pacific Octopus salutes us.

And maybe I just have a history with fictional characters as mascots, so find this comforting. My High School’s mascot was the White Hawks, which they made up when they got rid of the school’s original racist mascot. My college was the Gryphon’s – this was definitely an attempt to name us after Godric Gryffindor, but the school went with the more classical version of the name.

I would’ve been happy with any name except Totems. For those of you who still don’t understand why Totems is a racist name, I’ll give you another clue. The logo for the Totems is a reference to totem poles, which have no connection to the Indigenous Nations in Washington. Totem poles were stolen by white explorers traveling through Alaska and Canada and displayed here in Washington. You cannot “honor” a wide swath of Indigenous people by either claiming something from another tribe represents them or reminding a different group of a legacy stolen.

I want to drop the humor a bit – the comments on my previous article proved my point that women hockey fans aren’t made to feel welcome in this sport. Right off the bat people came out with comments about how I didn’t know anything about hockey or that I should go check myself into a psychiatric ward, simply for expressing an opinion. I freely admit that I’m not a number one expert in hockey – my knowledge of offsides comes from playing soccer and I have no idea what half of the statistics mean – but I find it fun to watch the sport and I’m a writer, so I wrote a tongue-in-cheek piece about potential names and people acted like I spat in their dinner.

This kind of reaction is something women who express interest in anything outside of the mainstream come to expect. We’re told we must prove ourselves or we’re not real fans. Guess what? Fans shouldn’t be excluded for being relatively new to the game, or not devoting their life to being an encyclopedia of hockey knowledge. (Also don’t get me started on expressing an interest in something men find “trashy”.)

For some people though, the issue wasn’t that I don’t know enough about hockey or that I’m a woman, it’s that I’m not the kind of woman they want as a hockey fan. I don’t check my personality and morals outside the gate when I enter the hockey world. Who I am as a person infuses everything I do, what I like, and what I tell others. When I hear about owners with a multimillion-dollar net worth refusing to pay arena workers for lost income due to COVID-19, that immediately makes me lose any respect for that team. When Gritty runs around with a Pride flag that has black and brown stripes on it, I admire the Flyers even more.

If I kept silent, I would’ve been accepted. In 2013, women represented up to 40% of the viewership of NHL games, yet the league does almost nothing to show support for women fans or do anything to encourage our participation. (Pink jerseys do not count.) When we don’t complain the league is happy enough to take our money. They raise us up as giving tacit approval of everything they do. When I joke about team names that would make me feel better as a fan, suddenly I’m not welcome in the space. And if my opinion about something so small causes this kind of reaction, you can extrapolate how fans in years past have responded to people writing about heftier penalties for players who use racial slurs or asking for any crumb of acknowledgement for women’s hockey players.

I’m coming to the Seattle hockey team earnestly trying to love them. I want them to be a team which I can be proud of supporting, that helps out in the community and acknowledges when they do something wrong, not a team where I continually have to put a caveat on my admiration of them. Right now, with the environmentally friendly arena, free mass-transit to games, the first female hockey scout, and the name Kraken, I’m happy to be a supporter of the team. I can’t wait for a chance to cheer, “Let’s get Kraken!” But I will always be looking for a joke or a chance to point out when a team or player’s action have consequences beyond the ice. I will be loud, you may find me obnoxious, but I’ll still be writing. If I can cause any change, all the better for it.

If you honestly hate me and want me gone though, I have good news – I’m starting a GoFundMe for anyone who would like to contribute to me leaving this city*. If it reaches 1 million dollars, I will find a new place to terrorize with all my opinions.

*These funds will be going to Black Girl Hockey Club and the Washington Wild.