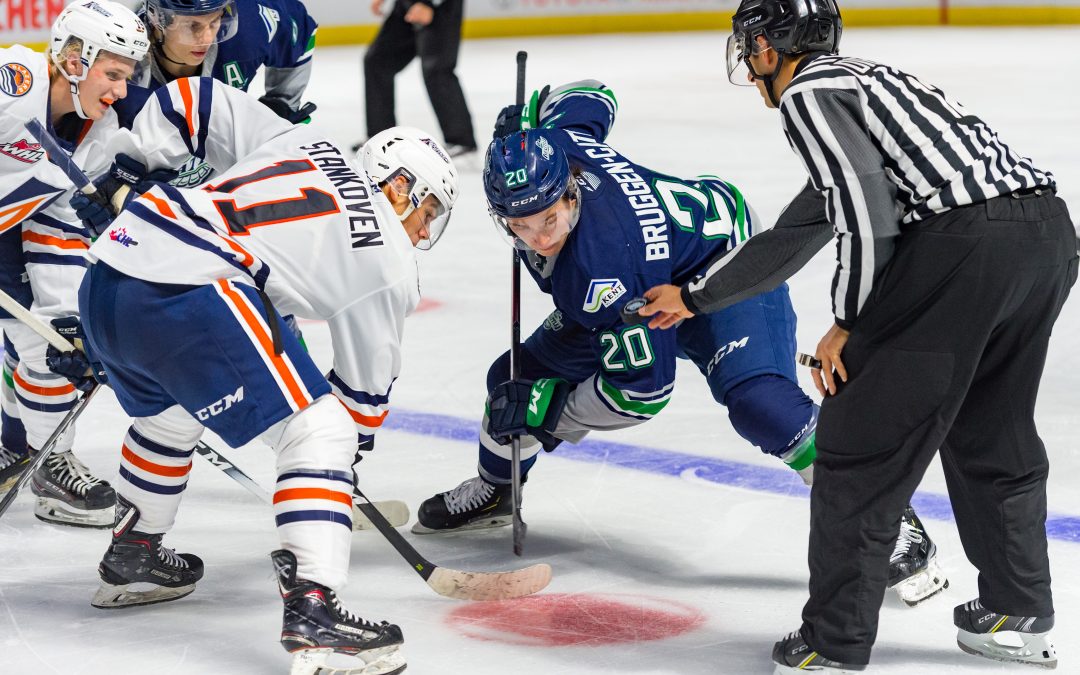 Western Hockey League Commissioner Ron Robison held a press conference a month ago and detailed his league’s Return to Play Protocol. Its an ambitious plan that includes a start date of October 2nd to allow for a full 68-game schedule.

The WHL’s plan is not very different than the Ontario Hockey League, Quebec Major Junior League, or the BCHL but with growing Covid numbers in the United States and in Canada, nothing is certain at this point.

Not having a junior, or NCAA and European, season would be a loss for the hockey world and will have an impact on the NHL and the Seattle Kraken. It’s these leagues that NHL clubs draft their futures from.

“It certainly would be a bit of a disadvantage where other teams have had some coverage of under 17’s this year,” Kraken general manager Ron Francis says. “Ours might have been a little bit less. It’s hard to speculate.”

There has been a lot of virtual ink and brain power spilled in breaking down, discussing, and predicting Seattle’s expansion draft possibilities.

That draft is where the Kraken will put together their initial roster but it’s the amateur draft that will have a bigger say in sustaining success by building a home-grown young core. If there is no amateur season, or a shortened one, Francis and his yet to be hired scouts will be drafting somewhat in the dark.

“It’s pretty much clear as mud right now,” Francis says. “We’re looking at if this happens, how do we react…so we’re prepared for that. Certainly, we’ll look at all the scenarios that are possible and react appropriately.”

The good news for the Kraken is that drafting is one of Francis’ strong points based on his track record as the general manager for the Carolina Hurricanes.

Not only did he take Sebastian Aho in the second round of the 2015 draft, but his last couple of drafts have produced young players who are now starting to pay dividends for the Hurricanes franchise.

In 2017, Francis took Martin Necas in the first round. After playing a big role in the AHL’s Charlotte Checkers 2019 Calder Cup victory, Necas moved up and turned in an impressive rookie NHL campaign this year. He found the back of the net 16 times while recording 36 points. He’s only 21-years-old and will be a big part of the Hurricanes future.

In that same 2017 draft, Francis took Morgan Geekie from the Tri-City Americans in the third round. Geekie has put in two strong AHL seasons and got a late call up this year. In the two games he played, just prior to the pause, he scored three goals and is in the bubble with the Hurricanes for the playoffs.

Francis and his Hurricanes amateur scouts were able to get in a thorough number of viewings to select those players — viewings he may not get this go around.

Seattle did get to view some amateur hockey last year.

Francis got a look at some of the top U17 players, guys that will be eligible for the 2021 draft. But, watching 16-year-old prospects doesn’t give you a complete picture. Players develop from one season to the next and it is easy to overlook a younger player, two years prior to his draft season.

In 2015-2016 a 16-year-old Cody Glass played 65 games as a rookie with the WHL’s Portland Winterhawks. He scored 10 goals with 27 points. Respectable numbers for such a young player in a competitive league but the next season, his draft year, he exploded for 32 goals and 94 points and would be picked sixth overall by the Vegas Golden Knights.

Spokane Chiefs forward Adam Beckman spent his 16-year-old season playing in a lower level junior league. He joined the Chiefs the next season, a year older, and scored 32 goals and was drafted by the Minnesota Wild in the third round. This year he led the WHL in scoring with 107 points in 63 games.

Would Kraken scouts have rated either player high when they were 16?

Seattle has not hired a director of amateur scouting or scouts yet but would have if not for the Covid-19 disease shutting everything down.

Francis said the plan was to have a scouting team in place to cover the Hlinka-Gretzky tournament scheduled for August, in Edmonton. The annual tournament features the top draft eligible players from all over the world  and is heavily scouted by NHL clubs.

This year’s tournament has been canceled.

“It’s a quick snapshot early in the season of who is potentially out there,” an NHL scout says of the Hlinka tournament. “It’s an opportunity to get the best schedule to start the season to see some of these young players. A lot of times with the Europeans you only get to see them in four big tournaments, when you take one of those tournaments away you’re limiting four or five views of some these Swedes or Finns, or whoever you’re watching.”

When the Kraken will hire scouts depends on when it appears the amateur seasons are going to get under way.

The WHL feels that it can get a full season if they can start no later than December. To do so, they’ll need approval from health and government officials in all six of its jurisdictions – Oregon, Washington, British Columbia, Alberta, Saskatchewan, and Manitoba – for their arenas to allow fans in at up to a 50-percent capacity.

If the start is pushed back, the WHL – and every other development league – will be looking at fewer games.

“It’s going to be whatever it is, and we have to be ready to take advantage of whatever presents itself,” Francis says. “If its 30 games, 68 games, no games, we’ve got to find ways to get viewings and information and be prepared as we can be.”

While the Kraken may be scrambling to view prospects, they will be in a similar situation as the other 31 teams in the 2021 draft. Those teams were at amateur games last season but their focus was mainly on the 2020 prospects. They may have a head start but it’s a minimal one.

Nobody knows how this will all play out, but it will be something that Francis and the Kraken are keeping an eye on.

“There’s a lot of speculation at this point and we try to take it one day at a time,” he says.