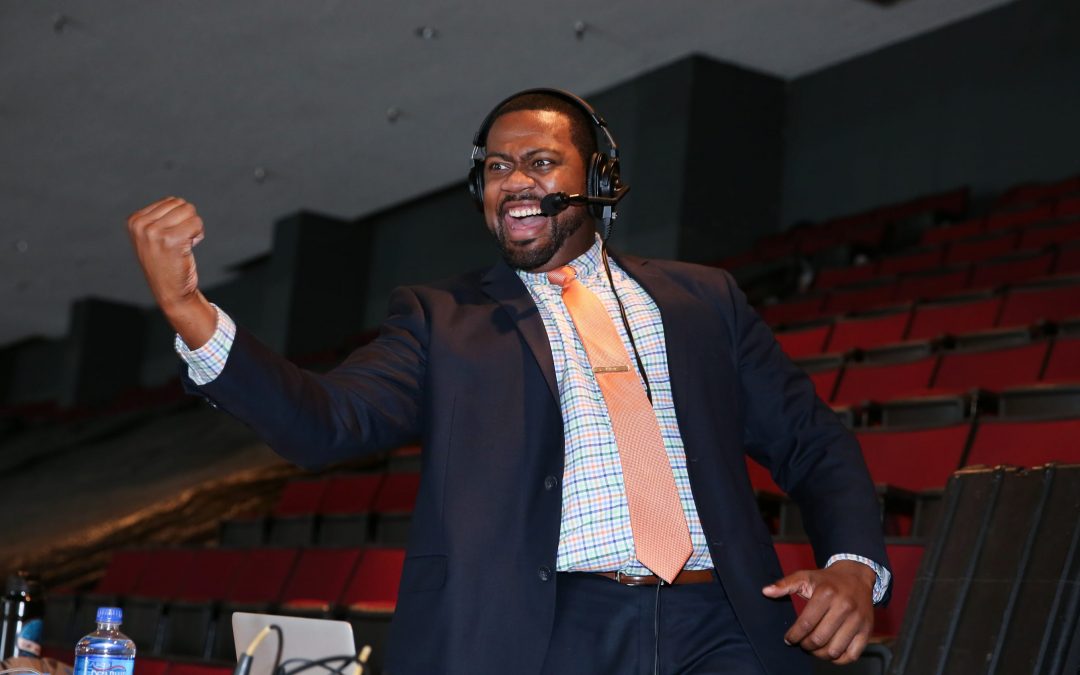 When you least expect it, an awesome guest slides into this week’s episode, as Everett Fitzhugh – recently named the Seattle Kraken’s first broadcaster – joins the guys for a very fun conversation that you won’t want to miss. In case you missed Everett’s story this past week, he has quickly risen through the ranks from the ECHL’s Cincinnati Cyclones, and now will fulfill his dream of working for an NHL franchise. He has been making national headlines as the only black play-by-play announcer in professional hockey, and his passion and enthusiasm will definitely brighten your day. Give him a listen!

Also on the show this week, Darren argues that Phase 2 of the Draft Lottery was rigged (it wasn’t), and John and Andy give some of their highlights from the Qualifying Round inside the NHL’s bubble. Together, the guys also look ahead to the first round of the actual Playoffs, which are now under way.

Segments this week include Re: Torts, Weekly One-Timers, and Tweets of the Week.