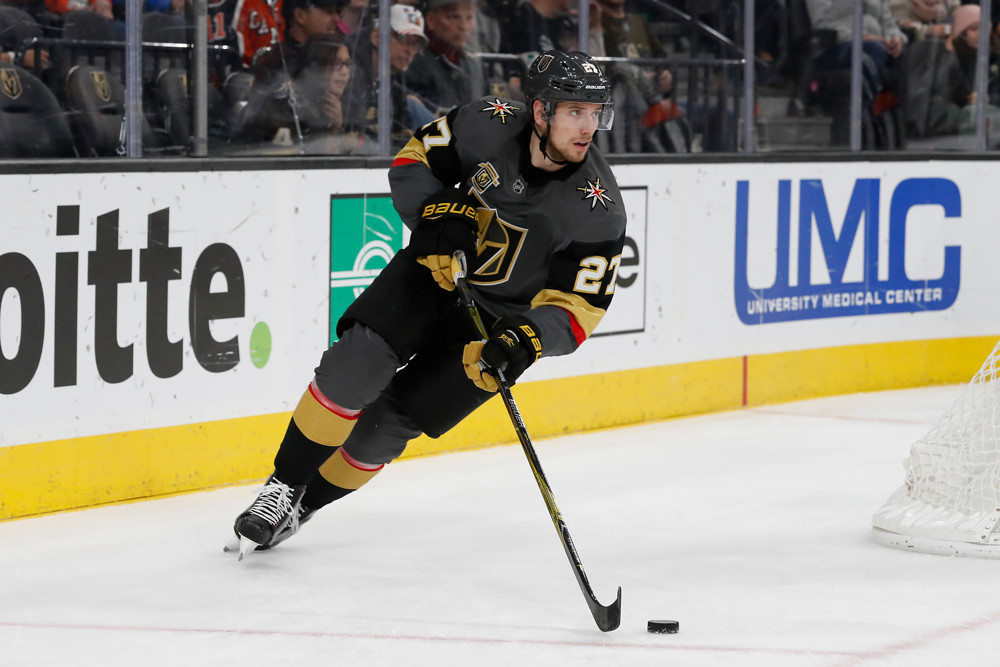 Demko was putting on a show for the ages and willing his Vancouver Canucks to stay alive during Friday’s Game 7 of the second round playoff series against the Vegas Golden Knights.

The Golden Knights were dominating the play but couldn’t beat Demko and the game remained scoreless into the third period. The rookie goalie had not allowed a goal in 139 minutes of play but that streak would end with just over six minutes left in regulation. On the power play, Theodore got the puck at the line, took a couple strides to his right, and with a quick flick of his wrist put Vegas up 1-0.

Massive goal from Shea Theodore (@stheodore17) deep in the third of #Game7! #StanleyCup

Vegas would add a couple of empty net tallies to win the game 3-0 and advance to its second Western Conference Finals in its three-year existence.

“It’s crazy,” Theodore said after the game. “I think we had so many good quality chances. I thought we did a lot better of a job getting to the net tonight, getting rebounds…to finally break that tie, that’s huge.”

It was a huge series for the former Seattle Thunderbirds defenseman and he has skated his way into the Conn Smythe Trophy conversation, perhaps as the front runner.

Theodore leads the Golden Knights in scoring with 16 points that he accumulated on six goals and 10 assists. That puts him 12th in playoff scoring but seven of the players ahead of him have been eliminated and will be out of the running for playoff MVP.

Only Colorado’s Nathan McKinnon has more shots than Theodore (65 to Theodore’s 64) and he’s nearly doubled his shooting percentage from the regular season.

At five-on-five, with Theodore on the ice, the Golden Knights have a 60.52 shot attempt advantage (Corsi For %) over their opponents. Theodore is driving the possession and kick starting the Vegas offense.

He’s playing against top lines and still, Vegas has had 86 high-danger chances with him on the ice at five-on-five compared to 41 against. The game is ultimately about scoring goals and with Theodore on the ice Vegas has outscored its opponents 20-8 at even strength, which is the best ratio in the playoffs.

The playoffs have showcased some of the young talent that the NHL features on the blue line. Vancouver’s Quinn Hughes has been electric, as was Colorado’s Cale Makar. Dallas Stars Miro Heiskanen is rocketing up the defensive ranks as well.

Those players have been flashy and they’re young but so is Theodore; he turned 25 in early August.

“What do you say,” Vegas head coach Pete DeBoer said Friday about Theodore. “He’s turning into a Norris caliber defenseman right before our eyes and he’s going to be in that conversation for a long time.”

Theodore was a star during his four-year stint in Seattle (2011-2015). He left as the top-scoring defenseman in the history of the Thunderbirds franchise and was named WHL Defenseman of the Year in 2015.

His mad dashes up ice that saw him weave his way through defenders became commonplace. Doing that against major junior players is one thing, but certainly he couldn’t do that against NHL quality players.

Turns out, he can, and he’s already scored the prettiest goal of the playoffs after he beat all five Vancouver defenders in Game 5.

The Anaheim Ducks selected Theodore in the first round (26th overall) of the 2013 NHL Draft and after two seasons where he was up and down between the AHL’s San Diego Gulls and the Ducks he ended up traded to Vegas. Anaheim gave up Theodore in order to ensure that the Golden Knights took Clayton Stoner, and his salary, during the expansion draft.

It couldn’t have worked out better for Theodore or the Golden Knights.

He’s blossomed into a top defenseman with Vegas and the Golden Knights rewarded him by signing him to a seven-year, $36.4 million contract before the 2018-2019 season.

There is still a lot of hockey to play and Theodore, and the Golden Knights, will most likely have to win the Stanley Cup Final – the Conn Smythe Trophy has only been awarded to a player from the losing side five times — for him to win the MVP award.

Heiskanen is in the running and will be going up head-to-head with Theodore as the Stars and Golden Knights open the conference finals Sunday evening in Edmonton. On the Eastern side of the bracket, Tampa Bay’s Brayden Point and Nikita Kucherov are contenders as is New York Islander center – and former Seattle teammate of Theodore’s – Mathew Barzal.

No matter how it plays out, Theodore has taken a step this postseason from the ledge of ‘really good defenseman’ to the elite peak and he’s still climbing.

He just might leave the bubble with two shiny trophies.