Breaking down the Goalie Carousel this offseason 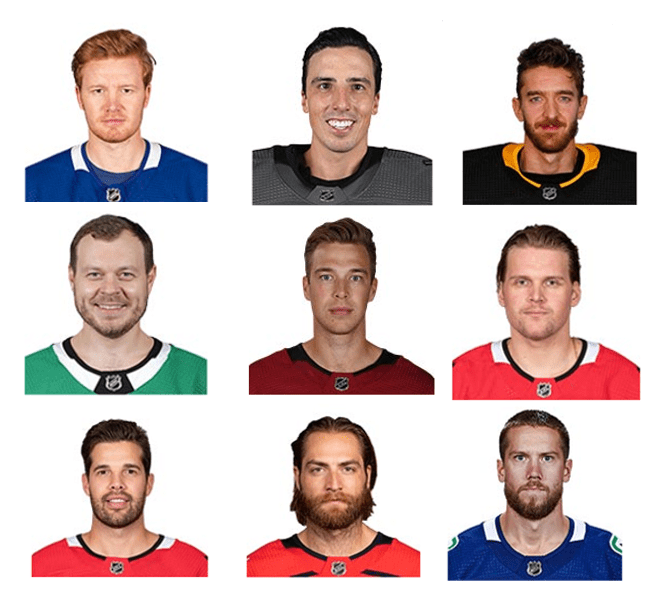 For most of the 2019-2020 regular season it seemed as if the hockey pundits had already identified the Seattle Kraken expansion draft goalies and it felt like we had a firm grip on who we should expect Seattle to announce at next summer’s expansion draft. The consensus was that Seattle would select Antti Raanta from Arizona, Matt Murray or Tristan Jarry from Pittsburgh, and a young goalie from Vancouver named Thatcher Demko. That would have been a solid 1a/1b with Raanta and Murray and a goaltender of the future with Thatcher Demko.

In just a few months, that scenario has almost completely blow up:

The goalie landscape is about to change dramatically, and it will all impact Seattle. It should be a very interesting off season so let us start at the top with the UFAs (Unrestricted Free Agents).

Quick Note: All data comes from a hybrid of NHL.com, CapFriendly.com, and NaturalStatTrick.com

There are some big market UFAs goalies this offseason. There is certainly some subjectivity here, but here are the big 3 UFA Goalies.

Robin Lehner and Jacob Markstrom could certainly re-sign with their respective teams and, in the case with Markstrom, it will certainly create an interesting dilemma on who Vancouver would protect in the expansion draft. It could create a side deal scenario where Vancouver offers something else up that sweetens the pot for Seattle to take someone else in the expansion draft in lieu of Demko or Markstrom.

Braden Holtby is a little more nuanced. By Holtby’s standards, this was a down year. Teams on the market might think this is the start of the decline or just an off year. Either way, he will land on his feet somewhere and it might be on a team that already has a starting goalie for a platooning situation.

Seattle Impact: Wherever these 3 land, they will probably be protected by their respective teams in next year’s expansion draft. Of course, if they are protected, that means someone else in their teams’ goalie depth charts will be exposed.

All 4 of these guys are over 33 and will likely land somewhere in another tag-team goalie scenario for the 2020-21 season.

Seattle Impact: Minimal. All 4 of these guys could have a good year next year and because of their age, they could all be exposed. If exposed and they continue to put up decent numbers for the 2020-21 season, Seattle might consider one of these guys to share the work with another starting goaltender.

I am not making this stuff up, but it does feel a little speculative.

As mentioned before, Pittsburgh Penguins General Manager Jim Rutherford told The Athletic’s Josh Yohe that they are likely moving Murray or Jarry. Most people project Murray as the one to move on.

“There is already interest. And it looks like we’re going to have to move one of them.”

Sportsnet’s Elliotte Friedman reported last week that Darcy Kuemper is a “very attractive piece” for trade talks and Arizona is desperate for some assets after trading draft picks for Taylor Hall and losing draft picks to NHL sanctions.

The Rangers have a 3 headed monster in net which has always been unsustainable or a waste of valuable cap space. It cannot continue into next season. Whether it is a trade or a buyout, it appears Henrik Lundqvist’s days in New York could be over. Or the team might move Alexander Georgiev as Igor Shesterkin appears to be ready to take a more full-time role in net. Either way, something needs to give in New York.

The Blue Jackets are sitting pretty well in the goaltender department and really don’t have much to worry about for the pending expansion draft. Elvis Merzlikins is exempt from the expansion draft which enables the Blue Jackets to protect Joonas Korpisalo. That said, the Blue Jackets might want to deal Merzlikins or Korpisalo to cash in on some of that value to add some scorers to a team that is on the upswing. Matiss Kivlenieks played a few games in the NHL this year and might be ready for a more regular back up role in the NHL next season.

Ever since Marc-Andre Fleury’s agent tweeted a not-so-subtle picture of the Golden Knights head coaches influence of the reduction on Fleury’s ice time, people are assuming he will get moved this offseason. If Vegas re-signs Lehner, you can almost guarantee Vegas moves Fleury.

Seattle Impact: It depends. If Murray, Kuemper, Georgiev, or Merzlikins/Korpisalo get moved, they will almost certainly be protected in the expansion draft by their new team. Again, that will expose another goalie in their system.

Obviously, things will change, but here is who I have projected as protected next summer.

Note that the “Locks” are just that. It’s very unlikely things change between now and next summer’s expansion draft. “Projected” are based on current roster, so if a Tier 1 UFA is signed there or if there is a big trade that lands a goalie by one of these teams, then the projection could change.

For those keeping score at home, that leaves the following teams without a clear goalie to protect in the upcoming expansion draft, several of which could also be shopping in the free agent or trade market.

All of these teams will likely add a goaltender between now and the expansion draft next summer, which they will subsequently protect.

There will be a lot going on with goalies this offseason and a lot of the moves will impact who is available for the Kraken in next year’s expansion draft.