Do the Seattle Kraken need a head coach with NHL experience? 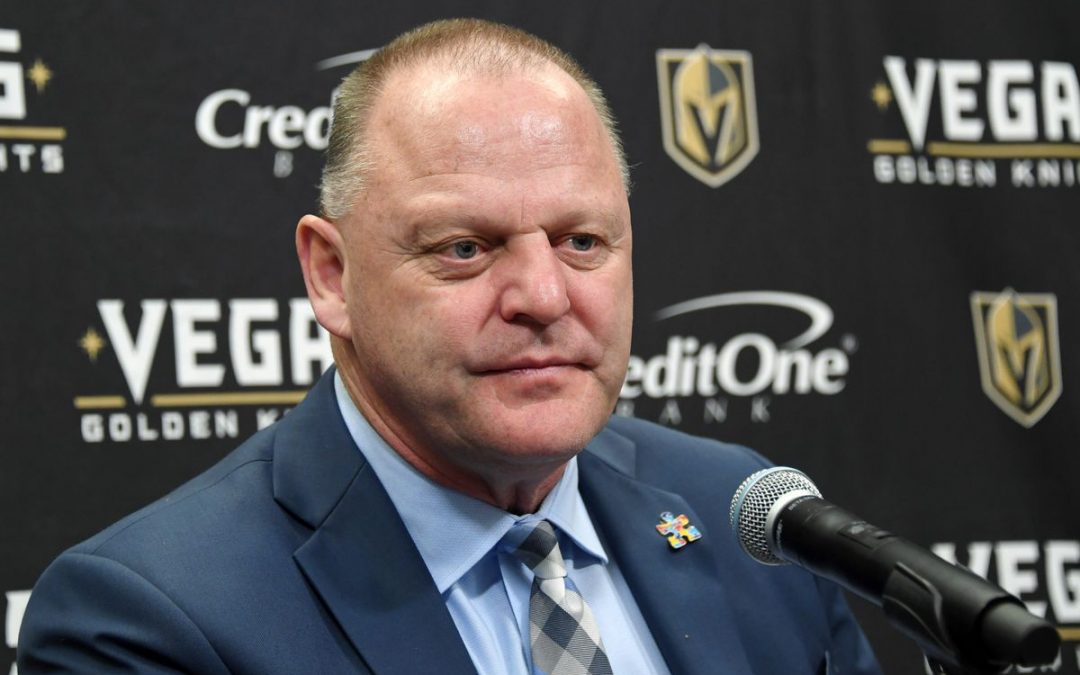 A week after coaching the Washington Capitals to the 2018 Stanley Cup championship, Barry Trotz was spotted getting off a plane at Sea-Tac Airport. The news spread quickly and Seattle hockey fans took to social media, breathlessly speculating he was in Seattle to interview for the head coach job with the yet to be named NHL Seattle franchise.

The excitement was and is understandable.

He was on the market as his contract with the Capitals had expired and is considered one of the best in the business. It didn’t matter to fans that Seattle had not officially been awarded an NHL franchise, nor that it had no general manger to interview Trotz. He had a Stanley Cup ring and that made him attractive.

As it turned out, Trotz was grabbing a connecting flight to Canada and ended up signing with the New York Islanders shortly after.

It happened again this past season when the Toronto Maple Leafs fired Mike Babcock. Another Stanley Cup winner was available and despite his prickly nature, and questionable tactics with players, there were calls for him to be the first head coach in Seattle.

We are a season away from the Seattle Kraken first season and they have yet to hire a bench boss. Finding that first coach could happen at any time and will be the next big hire for the franchise. General Manager Ron Francis said earlier this summer that the team was going to wait until the 2019-2020 season concluded before exploring a coach hire.

Once the Tampa Bay Lightning raised the Cup in October, Seattle went on the clock.

The goal is to win a championship so why not hire a guy with a ring? Babcock is still available but the fall out from his time in Toronto makes him an unlikely candidate. Will his track record of success sway Francis?

While its enticing to get an experienced Cup winner behind the bench, history tells us that the chances another championship is on the way are slim.

In fact, since 1968 only one coach has won the Stanley Cup with more than one team. Scotty Bowman won the Cup with the Montreal Canadiens, Pittsburgh Penguins, and Detroit Red Wings and nobody else comes close.

Unfortunately, Bowman has retired from coaching and is not available.
As investment bankers will warn, past performance does not predict future earnings so at some point a coach will match Bowman and win the Cup with multiple teams. The odds are long however and perhaps Seattle should cast a wider net for its coach.

It’s expected that Francis will look to an experienced coach who has been behind the bench of an NHL team in the past. Due to the nature of being an expansion team, that makes sense. The team Francis pulls together at the expansion draft will have to learn how to play with each other so having a leader who doesn’t have to also learn how to be an NHL coach is a plus.

But does an experienced coach promise better success than a guy coaching in the league for the first time?

Of the 31 current coaches in the NHL, 20 had been head coaches in the league prior to holding their current position. That includes Lindy Ruff in New Jersey and Peter Laviolette in Washington, both of whom were hired in the offseason .

Only two of those coaches have won the Stanley Cup with their current teams (St. Louis’ Craig Berube and Pittsburgh’s Mike Sullivan) while 13 have made the playoffs. Both Trotz with the Islanders and Peter DeBoer with Vegas have coached their current team to the conference finals – both of which occurred this past postseason.

DeBoer is one of three of the experienced coaches who have reached the Final with two different franchises, getting there with the Devils in 2012 and San Jose in 2016. Philadelphia had a good season with the experienced Alain Vigneault behind the bench and he made previous Final runs with Vancouver in 2011 and with the New York Rangers in 2014. Laviolette has yet to coach a game for the Capitals but he won the Cup with the Carolina Hurricanes in 2006 while losing the Final with the Philadelphia Flyers in 2010 and Nashville in 2017.

Having an experienced coach can lead to success in terms of making the playoffs and reaching the Final. During the last ten Stanley Cup Finals, only one team was coached on either the winning or losing side by a guy in his first stint as a head coach.

That one coach is Jon Cooper who has lost and won with Tampa Bay. Cooper is one of 11 coaches who are currently working their first NHL bench and of those, eight have reached the postseason. Outside of Cooper, Carolina’s Rod Brind’Amour has guided his club the furthest, reaching the Eastern Conference championship in 2019.

It’s difficult to judge the new coaches as they haven’t coached long enough to make conclusions but it is clear that an inexperienced coach doesn’t necessarily mean your team won’t or can’t be successful.

Colorado’s Jared Bednar and Vancouver’s Travis Green are first time coaches who have young teams overflowing with talent and could be in for successful runs in the near future.

Coaching matters in the NHL. The head coach does more than dump a bucket of pucks on the ice at practice. He has to establish the roster, line combinations, goalie rotations, defensive pairings, power-play strategy, break outs, neutral zone systems, faceoff set plays, the penalty kill, forechecks, and find chemistry among his players. Finding the right match is vital.

Francis will bear a lot of the responsibility here.

Not only will it be his decision as to who steps behind the Kraken bench for game one, but he will pick the players on the roster. A good coach can squeeze wins out of talent but if there is none, that coach will have a hard time winning. Did Joel Quenneville suddenly become a good coach when he got to Chicago and won three Cups after limited success in St. Louis and Colorado? Or was the difference that he had Patrick Kane and Jonathan Toews?

Experienced or not, Francis will need to give the Kraken first coach something to work with.

Seattle needs a coach who can work with a mix of players who have not played together before. Former Vegas head man, Gerrard Gallant, is the only head coach who has experienced the modern expansion process. He had success and is available after being fired mid-season this past year.

Could he be a Seattle candidate? Does he want to go through expansion again? Gallant feels like a match, but one has to wonder why Seattle hasn’t talked to him already. Nothing has stopped the Kraken from reaching out and there haven’t been any reports of those talks happening.

Francis has time to make a choice, but the clock is ticking. Will he choose a coach who has been through the NHL grind before? Or will he look to a younger, hungrier, greener coach who’s been a successful as an assistant or head coach in a lower level to lead the Kraken?

We will find out in due time.