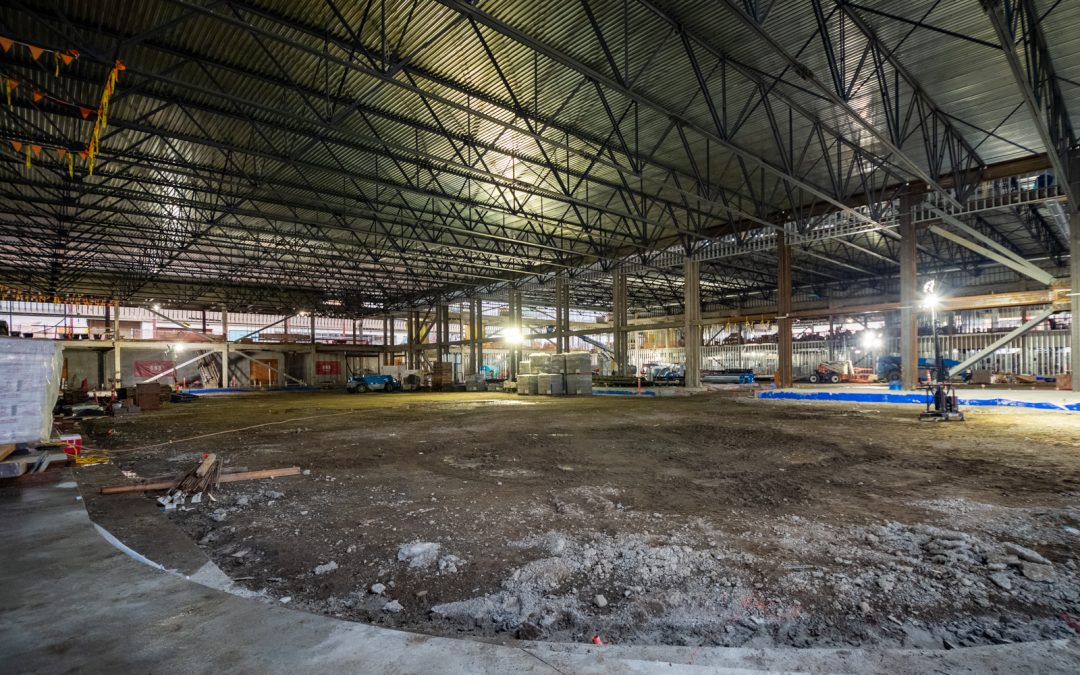 SEATTLE — The Seattle Kraken opened the doors for local media to get a look at their Northgate practice facility Tuesday as they are within nine months of completion.

When finished, Northgate Ice Centre will be a 167,000 square foot, state of the art facility that the NHL club will use to train and practice. It will also house their front office staff and feature three sheets of ice. Those sheets will be available to the public and will be the only accessible sheets of ice within the Seattle city limits.

The Kraken hope that Northgate will become the meeting place and hub of hockey in the Northwest.

“We have a big focus on grassroots, learn to skate, learn to play, the youth programs all the way to the adult programs,” Todd Humphrey, Seattle’s Senior Vice President of Digital, Fan Experience, and Kraken Training Center said during the media tour Tuesday afternoon. “So, as a community, this should be a place where you can come and really experience hockey.”

The facility will be opened in phases.

In July of 2021, the NHL rink and office will be online with the community rinks following in September.

The building is impressive, even in its current skeletal state.

It contains all the bells and whistles you would expect in an NHL practice facility. The players will have a lounge to relax in,  training rooms, and a spacious dressing room. Hockey superstition says that you cannot step on the logo on the floor of most dressing rooms, so to avoid any mistakes, the Kraken logo will be on the dressing room’s ceiling.

Beyond the NHL facilities, there are other highlights that will serve the community at large.

That includes a Virginia Mason Health Center and a rather spacious pub. The yet to be named bar covers the width of two rinks — the NHL rink and one of the community rinks will be visible to its patrons. Can’t get tickets to a game? The Kraken hope to turn the bar into the place for fans to gather and watch both home and away games.

Scheduling the three rinks will be a challenge as the team estimates they will have 20,000 hours of ice time available for the community. Planning will include existing youth and adult hockey organizations.

“We are (talking) in earnest,” Humphrey said about youth hockey clubs. “We have been clear with them, we are not looking to steal their business. We are coming in here to build this game and build on the work they’ve already done. We think there’s a huge opportunity.”

The facility in Northgate is set up perfectly for youth hockey games, adult games, and hosting tournaments. Supporting the current youth organizations is part of the game plan as well as offering Kraken led teams and training.

“You will see the Junior Kraken, whether it’s next year or the year after,” Humphrey said. “We intend to have a Junior Kraken program. We’re working with USA hockey to make sure we are teaching youth the right way.”

Building a training facility from scratch is a challenge and it began with Dave Tippett’s influence and continued after he left to coach the Edmonton Oilers. General Manager Ron Francis took over and helped design a building that the Kraken feel will be attractive to NHL players.

With approximately nine months before open, most of the major design decisions have been made. The only decisions left are the fine, finishing touches.

“There are nuances in the design, the colors, the carpet, and staff uniforms,” Humphrey said. “Those decisions are still in the air but we’re working on it.”

Right now, the three rinks are in place. They are covered in dirt and still need boards and ice. The Kraken have installed a 28-ton ice maker which is ready to go. July will come quick and the rinks will be crowded with NHL players, as well as youth hitting the ice for the first time.

“We all feel like we are bringing something of importance to this city,” Humphrey said. “I think it’s coming at an interesting and unique time with Covid. We’re excited to launch this; it’s going to blow people’s hair back.”

For more on the Northgate facility, enjoy the following photo gallery from photographer Brian Liesse.