So You Want to Make Team Canada for the World Junior Championship? 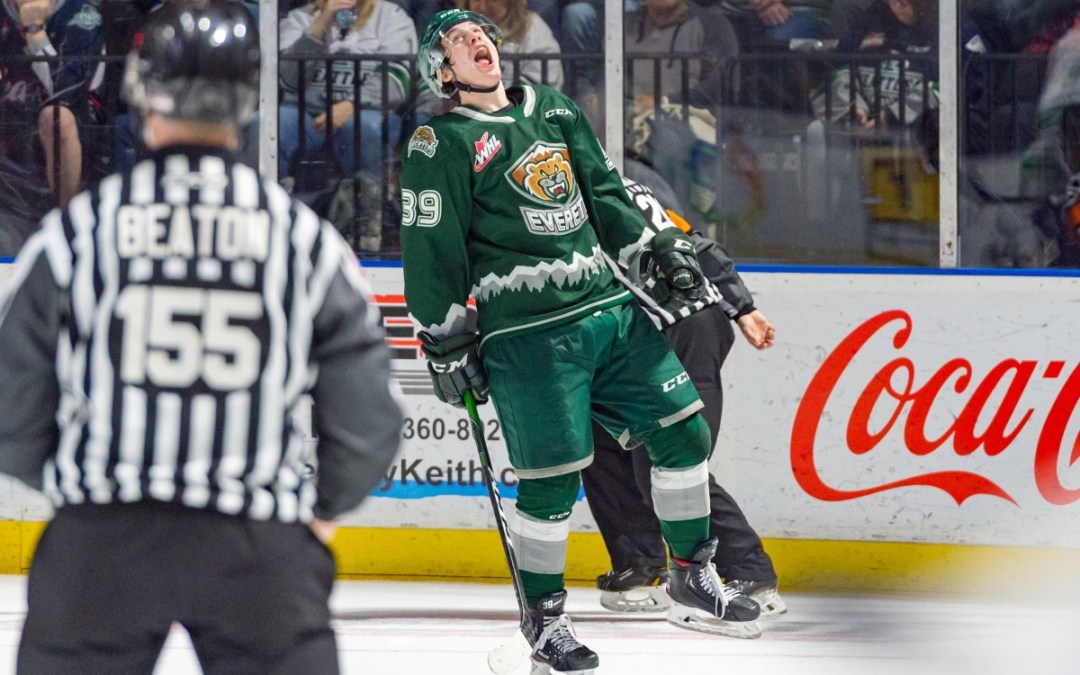 So you want to make Team Canada for the World Junior Championship? Good luck, kid.

The annual tournament features the top players under 20 years old in the world. Most who make the Canadian team are already drafted by NHL teams, and the tournament is hockey of the highest quality. Canada won gold last January and has dominated over the years, winning 18 Gold medals. In Canada, the Championship is a holiday tradition and would compare somewhere between the Super Bowl and Final Four for American sports fans.

Canadians young and old live and die on every shot.

Goncalves, 19, was drafted by the Tampa Bay Lightning in the fall and while finishing a morning workout in early November, got another big call. He was invited to the Team Canada camp and was getting a chance to represent his country.

“I was so excited I ripped home to tell my family,” he says. “I’ve been watching that tournament for so long so just going to the camp was an unbelievable experience. I remember wearing my little ball hockey jersey thinking I was Team Canada growing up. It was a really big moment for me.”

For hockey players growing up everywhere, making it to the NHL is the dream. But for Canadian kids, playing in the World Junior Championship for Team Canada with the maple leaf on your jersey is almost as important.

It’s a dream that many share but few get a chance to live.

“I think it’s probably the number two (goal),” Spokane Chiefs forward and Minnesota Wild draft pick Adam Beckman says. “The ultimate goal is to play in the NHL, but I think as a young kid growing up, especially around the holidays, there isn’t much else on TV, other than the World Juniors. It’s something that everyone rallies around and gets excited about.”

Beckman, 19, hails from Saskatoon, Saskatchewan, and watched Team Canada heroes with awe growing up. As did his peers.

So many great players have played for Canada in this tournament.

Name a Canadian NHL superstar. They likely wore the red, white, and sometimes black Canadian sweaters at the World Junior Championship prior to their pro careers kicking off. They have given Canadian kids a lot to dream about as they watch from home.

“I have quite a few memories,” Beckman says. “The most excited I’ve ever been is Canada playing Russia in the (2009) semifinal. They were down with like 20 seconds and Jordan Eberle had the puck and ripped a backhand. They ended up winning in the shootout.”

The selection process for Team Canada looked a little different this year. Because of the delays in Major-Junior and NCAA hockey – from which the players are chosen – Canada took advantage with an extended camp.

In non-COVID times, Team Canada would open its World Junior Championship camp in December, but this year started on Nov. 16, inviting 46 players to try out. The camp was held at the Enmax Center in Red Deer, Alberta with the goal of selecting the team’s final roster to enter the WJC’s Edmonton bubble.

The players arrived and took the ice for two-a-day practices over the first days of the camp.

“The practices were pretty tough,” Beckman says. “None of us had practiced at that pace in eight months. You work as hard as you can in the offseason but it’s never quite the same. Everyone was alert and working hard, it was good.”

That pace was led by the best of the best junior players, but it also included players like Kirby Dach who played 64 games for the Chicago Blackhawks last year. Dach is 19 years old which made him eligible to play in the World Junior Championship and the Blackhawks gave him permission.

The Los Angeles Kings also gave permission for the second overall pick in October’s NHL Draft, Quinton Byfield to play. This was not a normal camp.

“It was crazy,” Goncalves says. “Everything is just so quick. There is no drop-off, everybody can make plays, everybody is an all-star, everyone is a superstar on their club teams, and everybody can score goals. The games were a lot of fun…it was unbelievable.”

Feeding Canada’s World Junior fanaticism, the scrimmages were broadcast live on TSN. Not only was the skill higher but so was the pressure.

While the action on the ice was heating up, the camp was rocked by a couple of positive COVID tests. Everything was put on halt and the camp shut down on Nov. 24th. Players who had been paired up in the team hotel were given their own rooms while they quarantined for two weeks.

“It was definitely boring,” Beckman says of the experience.

To keep in shape, spin bikes were brought to their rooms for daily Zoom workouts with their teammates. Hockey Canada brought in guest speakers for the players. It included NHLers like Morgan Rielly, Sam Reinhart, and Alex Kerfoot who shared their sage advice.

The team also brought in Canadian mountain climber Jamie Clarke, who twice has summited Mount Everest, to speak about teamwork.

“I guess I’ll have to add (climbing Mount Everest) to the bucket list now,” Goncalves says with a laugh. “It’s way harder than putting a puck in the net, I’ll tell you that.”

It wasn’t all hockey and motivation, however.

The team played poker over Zoom and had a painting lesson to bring out the artistic side of hockey players.

“I did a painting,” Beckman says with a chuckle. “I surprised myself a little bit, it wasn’t too bad.”

Once the quarantine ended it was back to the ice for Team Canada.

Another practice and another scrimmage were held before Hockey Canada and head coach André Tourigny had to make some tough decisions.

The roster was saturated with talent but they couldn’t keep every player. Choices were made after watching all 46 players’ performances over 26 days of camp. The final roster of 25 players was announced on Dec. 11th.

“I thought I played my role well,” Goncalves says about his performance. “I tried to just bring a lot of energy and leadership and focused on the small details. Being big in the faceoff circle, blocking shots. I was happy with my camp. I think I laid it all out there.”

Unfortunately for both Goncalves and Beckman, they weren’t able to crack the final roster and were sent home.

The duo were two of three players in camp from the WHL’s U.S. Division, joining Portland speedster Seth Jarvis. As a testament to how good the talent with Canada is, the three combined last year to score 123 goals and 276 points. There are not many hockey teams that would say no to that kind of production out of three players

An argument could be made that a roster comprised of cuts from Team Canada could be medal contenders in the World Junior Championship. There’s no shame in not making the cut.

“It’s disappointing to not have that opportunity but at the same time you’ve got to sit back and realize there are so many good hockey players,” Beckman says. “It’s definitely motivating going forward.”

Moving forward is what Beckman and Goncalves will focus on next and they both have bright futures in hockey.

Beckman led the WHL in scoring last year and is a second-round pick of the Wild. He’s likely a year away from pro hockey and is using the Team Canada experience to prepare for the uptick in skill at the next level.

Goncalves has had a roller coaster year. He was selected by the Lightning in the second round of the NHL Draft and then was invited to Canada’s camp. Unfortunately, he learned of his grandfather’s passing while at camp.

“He was my best friend,” Goncalves says.

A few days after being cut he would get some good news to help assuage some of his disappointment and loss. He returned home and signed his first pro contract, inking an entry-level deal with Tampa Bay.

“It was nice to have such a big up after the past downs,” Goncalves says. “I’m just so honored to get a chance from them, the past year’s Stanley Cup Champions. I’m going to do everything in my power to make a push in the next couple of years. It’s nice to know they have some faith in me.”

Both Beckman and Goncalves say they will try to turn the disappointment of not making Team Canada into motivation moving forward. Both feel getting to play in some high-caliber games will help if and when the WHL returns to play.

They learned a lot from the experience. They learned how hard they will have to work as they move up hockey’s ranks and into the pros.

“With everything happening with the Draft and signing, there’s so many ups,” Goncalves says. “It’s easy to get outside your comfort zone and think you’ve made it. I’m going to keep being Gage and keep that ‘little kid from Mission’ mentality.”

The World Junior Championship begins on Dec. 25th and will be televised in the U.S. on NHL Network.