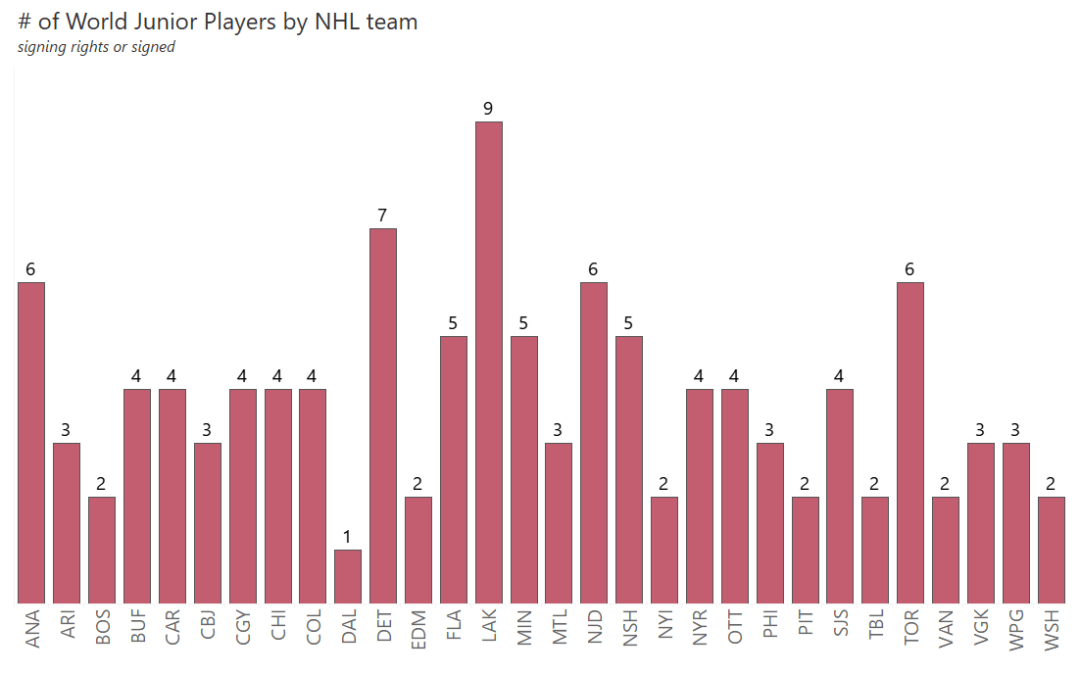 It is World Junior Week for us at the Sound Of Hockey The IIHF World Junior Championship is one of my favorite things about the holiday season, and with the NHL still a month away from starting, the WJC means a little bit more this year. I need my hockey fix while I wait for the NHL, and the world’s premiere under-20 tournament will provide just the kick I need to get me through. The hockey is outstanding and quite literally, the NHL’s future is on full display.

The tournament will feature the best players in this age group from 10 countries. Most of the players, particularly from the US and Canada, will play in the NHL someday. When the rosters get published, I pore through them to see who I should be watching from every team.

As they say, sharing is caring, so let us dig into the rosters to determine who we should be watching.

There are 114 NHL-drafted players in the tournament this year with 44 of them being selected in the first round.

As expected, Canada and the US have the highest number of NHL-drafted players on their team.

It is mind boggling to see that Canada has a whopping 20 (!) first round draft picks on its roster.

Here is the detail of all the draft picks by NHL teams:

Next let us look at what are the most common leagues in which these players are currently playing.

The bulk of the NCAA players are on the US team, but there are a few international players that are playing NCAA hockey right now.

It is always fascinating how different the US and Canada teams are built.

I hope this gives you a bit more context and appreciation for the IIHF World Junior Championship that kicks off on Friday. All the games will be televised on NHL Network. Enjoy!