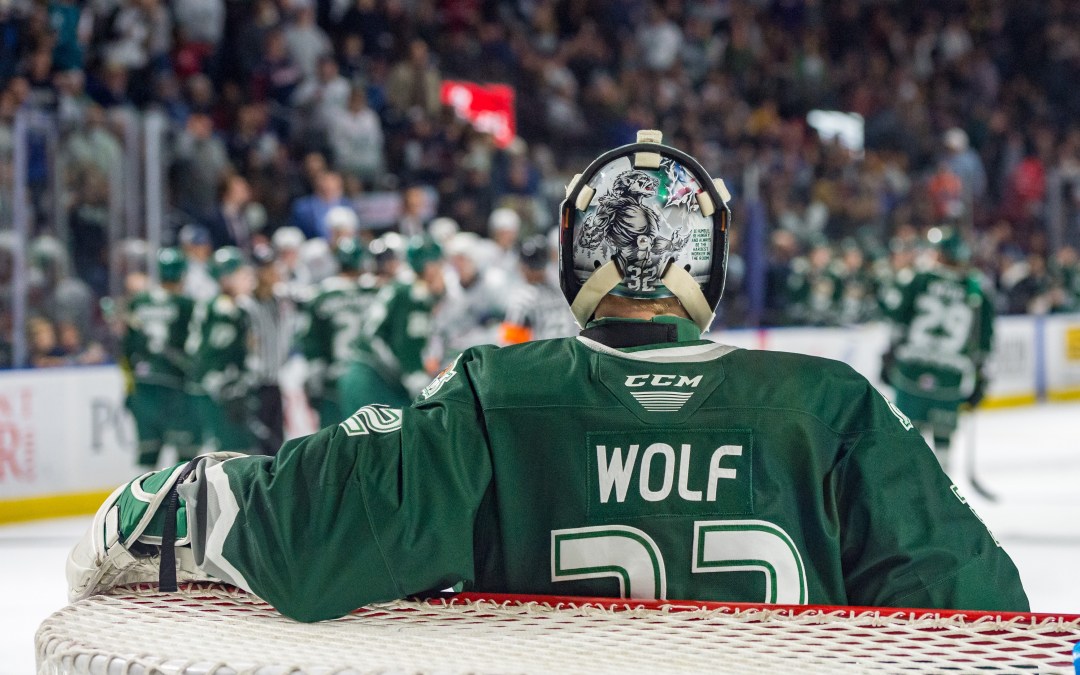 Coming off a disappointing sixth-place finish at the 2020 World Junior Championship in the Czech Republic, Team USA is looking to get back in the medal picture.

This group of Americans provides a promising outlook for a bounceback year in this year’s WJC, which is being hosted in Edmonton, Alberta.

With several highly-regarded forwards returning from last year’s team and the best goalie tandem in the tournament, the Americans’ outlook is promising.

Here’s how the roster breaks down.

The United States’ forward group features plenty of high-end skill and will be the team’s engine if it were to make a deep run in 2021.

However, some of its high-profile players up front are seeking bounce-back tournaments.

Caufield is a diminutive-but-gifted goal scorer, and Turcotte is regarded as a playmaking two-way center.

Of note: Nick Robertson, a Maple Leafs’ second-round pick in 2019, was expected to play a top-six role on this USA squad. While Kirby Dach was loaned by the Blackhawks to Team Canada, Robertson’s situation is slightly different because his spot on the Maple Leafs’ roster is less solidified than Dach’s. This makes NHL training camp far more important for Robertson, and since training camp conflicts with the WJC, he will not participate for USA.

Arthur Kaliyev, a Kings first-round pick, is expected to play on a line with Trevor Zegras and Turcotte on Team USA’s top line and is coming off a strong tournament in 2020 with six points (4-2-6)

Team USA’s defensive core isn’t its strength, but there are still some interesting options.

Cam York and Jake Sanderson figure to be the United States’ workhorse rearguards. Sanderson, a Senators prospect, is tied with Turcotte for the distinction of being Team USA’s highest-drafted player after he was taken No. 5 overall in October. Sanderson is one of the Americans’ strongest defenders and will be leaned upon heavily in the defensive zone.

Henry Thrun, a jack-of-all-trades type defensemen, is also expected to take on heavy minutes for the United States. The 6-foot-2 rearguard put up 21 points (3-18-21) in 31 games for Harvard last season.

Spencer Knight and Dustin Wolf are expected to carry the load for Team USA in what is an incredibly strong position for the Americans.

Knight handled the lion’s share of minutes for Team USA in 2020 and is expected to do so again. The Panthers first-round pick in 2019 (No. 13 overall) posted a .913 save percentage in four games played at last year’s tournament.

Wolf, the Everett Silvertips star netminder and a Calgary Flames prospect, will be the next man up. As many fans of the Western Hockey League are aware, Wolf is more than capable if he’s called into action. The 2019-20 Canadian Hockey League Goalie of the Year recorded a .935 save percentage for the Silvertips before the season was shut down due to COVID-19. Wolf is expected to at least see some game action during the tournament.

If you watched Zegras in last year’s World Junior Championship, you saw his elite playmaking ability. Just watch this spin-o-rama pass that set up this goal for Team USA last year.

Zegras, an Anaheim Ducks first-round pick in 2019, led the Americans with nine points (0-9-9) in last year’s tournament and is Team USA’s best playmaking threat once again. Early projections have him playing on the wing — Zegras plays center for Boston College — just like he did last year for the Americans.

As a Ducks prospect, there’s a decent chance Kraken fans see plenty of Zegras in Pacific Division clashes over the years.

The Flyers’ first-round pick in 2019 is expected to play big minutes for the Americans. The left-shot rearguard can play in any situation and should be a prominent figure on Team USA’s power play and penalty kill.

The Boston College forward didn’t crack last year’s World Junior roster, but Boldy is expected to take on a top-six role for Team USA this time around. The No. 12 overall selection in the 2019 NHL Draft by the Minnesota Wild put up eight points in his first four games this season for the Eagles.

Seattle Kraken fans should keep a keen eye on Beniers. The University of Michigan forward is projected to be a Top 10 pick in the 2021 NHL Draft— Scott Wheeler of The Athletic currently has him at No. 8 on his big board.

Beniers, who has six points (3-3-6) in eight games for the Wolverines, could center Team USA’s second line as an aggressive forechecker.

Wolf is the only real local angle on the Americans’ roster. The California native and reigning Canadian Hockey League Goaltender of the Year relocated with his parents to Lake Stevens, Washington after he joined the Everett Silvertips in 2017-18.

The next closest local on the roster is perhaps Sanderson, who grew up in Whitefish, Montana. If Sanderson makes the NHL, he will be the first Montana-born player to do so.

Team USA’s overall depth isn’t where Canada’s is — it’s hard to match what the neighbors up north bring to the tournament anyway — but Team USA’s top-end talent is just as dangerous.

It might just be that Team USA goes as far as their goaltending takes them.

Knight, along with Russia goalie Yaraslov Askarov, is one of the highest regarded goalies in the tournament. USA’s best recipe for success will most likely be Knight building off last year’s experience as the American’s No. 1 option in net.

Russia and Sweden will be Team USA’s biggest threats in Group B — two teams with strong goaltending — and there’s no reason to think the Americans can’t recapture a medal in 2021 after a lackluster performance last year.