Team USA vs Canada in WJC Gold Medal Game – A Matchup for the Ages? 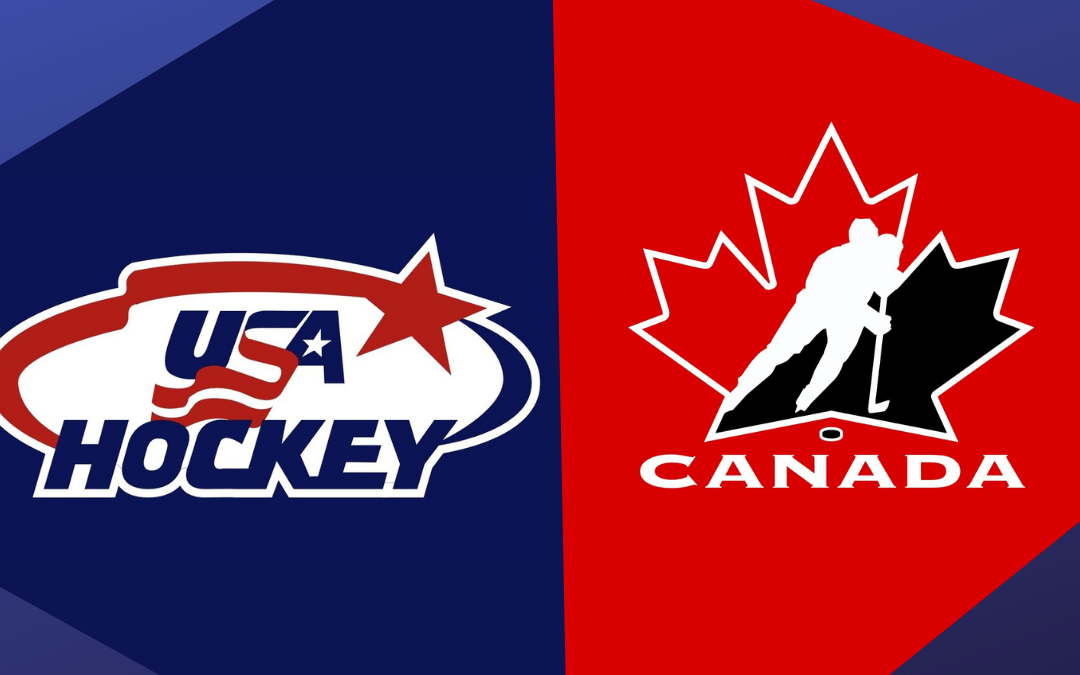 It could be a game for the ages. Or, the Americans could get blown out of the water. Either way, it’s going to be a party for somebody. Let’s hope for the former, as Team USA faces the overwhelming tournament favorite, Team Canada, in Tuesday’s World Junior Championship (WJC) gold medal game.

Monday’s semifinals were a tale of two contests. In the early game, Russia—which opened the WJC with an impressive win over Team USA—was spanked 5-0 by the Canadians. That game even made the world’s best under-20 goaltender, Yaroslav Askarov (Nashville Predators prospect), look downright beatable. Team Canada coasted through the third period and never looked under duress.

In the late game, USA ultimately came out victorious over Finland in an intense contest that went down to the wire. After the US allowed the tying goal at 16:17 of the third period, Arthur Kaliyev (LAK) rifled the game winner with just over one minute remaining. It was an emotional game that took every American player giving just about everything to get past the pesky Finns, who nearly overcame their second consecutive two-goal deficit of the knockout stage.

Both teams will need to quickly reset as we turn our attention to the gold medal game, which will be played Tuesday between David Team USA and Goliath Team Canada at 6:30PM Pacific on NHL Network.

Team Canada Lives Up to Hype

On paper, Canada should probably win just about every WJC. Yet—by their standards—the Canadians had a bit of a down decade, earning three gold medals between 2010 and 2020, including last year’s championship. Another win tonight would prove that the dip in dominance was simply an anomaly.

In this WJC, Canada has lived up to its pre-tournament billing in every way. Despite its best player and captain, Kirby Dach (CHI), fracturing his wrist in an exhibition game and forcing him out of the competition, Team Canada has dominated every game it has played to this point. In fact, the star-studded squad has outscored its opponents 41-4 in six games, and netminder Devon Levi has allowed zero goals at even strength.

You read that right. Canada has not yet allowed an even-strength goal in this tournament.

Speaking of Levi, goaltending was perhaps the one area coming into the WJC in which Canada did not appear to hold an advantage over the field. Russia’s Askarov and USA’s Spencer Knight received the bulk of the ballyhoo, while our neighbors to the north questioned who would get the nod in their nation’s goal crease.

Levi—an unheralded seventh-round draft pick of the Florida Panthers—has answered any and all questions to this point. The Northeastern University freshman has stopped 120 of 124 shots through Monday’s semifinal, good for a .975 save percentage. Still, one could argue that he hasn’t been tested that intensely, as Canada has allowed few grade-A scoring chances.

Meanwhile, after losing the odds-on favorite for tournament MVP in Dach, Dylan Cozens (BUF) took the reins as the offensive leader and shined from the jump. Cozens—who has traded off wearing what was supposed to be Dach’s “C” with stud defenseman Bowen Byram (COL)—is tied for the WJC scoring lead with 16 points (8-8-16).

Connor McMichael (WAS), Quinton Byfield (LAK), Alex Newhook (COL), and Peyton Krebs (VGK) are other players that we at Sound Of Hockey have noticed as particularly outstanding on a roster full of potential future NHL superstars.

The Americans Are No Slouches

So if Cozens is tied for the tournament scoring lead, then who shares that honor with him? Why, it’s none other than USA’s Trevor Zegras (ANA), of course!

Zegras has been incredible for the Stars and Stripes, scoring from everywhere, setting up teammates, and finding ways to be dangerous just about every time he’s been on the ice. In all, Zegras has six goals and 10 assists, and if USA shocks the world Tuesday, he has all but secured the tournament MVP award.

Others that have wowed for the Americans have been Cam York (PHI), Matt Boldy (MIN), and Cole Caufield (MTL).

Local Pacific Northwest hockey fans have been clamoring to see Everett Silvertips goaltender Dustin Wolf (CGY) receive a real chance to show what he can do on this global stage. He frankly has been buried on the bench behind Knight, despite not giving up a goal in a game and a half during the preliminary round. USA head coach Nate Leaman has clearly hitched his wagon to Knight, though, and almost certainly will give the start to the 2019 first-round pick of the Panthers.

In fairness to Knight, he has played very well in this tournament, aside from a couple opening-game blunders against Russia that landed him on the bench. Knight boasts a .922 save percentage and was named one of USA’s three best players of the tournament following Monday’s semifinal.

But Do The Americans Actually Have a Chance?

It’s not quite USA versus USSR in the 1980 Winter Olympics, but Canada will be heavily favored on Tuesday. The US will have to play a close-to-perfect game and will still have to get some breaks to beat the Canadians.

So how can they actually do it? Most important for Team USA is that it wins the special teams battle. On Monday, the Americans took five penalties against Finland and relented two power play goals. They aren’t going to score much at five-on-five against Canada, but they do have the best power play in the tournament with Zegras, Kaliyev, and Boldy forming a truly elite forward unit. As a team, USA has scored at a 43 percent clip with the manpower advantage.

Drawing power plays while playing a clean game and receiving stellar goaltending from Knight is how the Americans can pull this off.