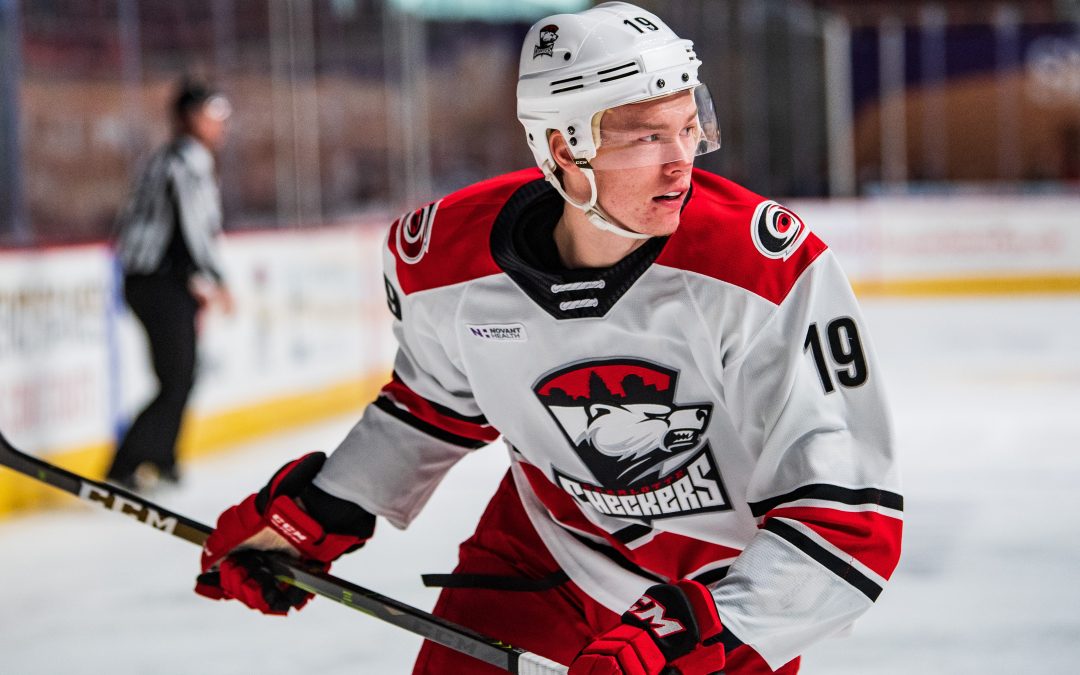 The NHL is blessed with highly skilled and entertaining young stars. Every season a new crop dazzles and this year will offer more of the same starting Wednesday night. At the end of each season, the league recognizes which one of the new kids is the best by awarding the Calder Trophy for Rookie of the Year.

Winning the Calder Trophy by no means guarantees a successful NHL career but the list of past winners is impressive. There are some all-time names like Bobby Orr, Mario Lemieux, Teemu Selanne, and Alex Ovechkin who have won.

Most of the winners are forwards but defensemen and even goalies have received the award. New Jersey Devils great Martin Brodeur won the Calder Trophy in 1994. Since then he has been prone to leaving the trophy in random rental cars, but that doesn’t diminish the honor.

Who will win this year? Here are the players to watch in this season’s Calder Trophy race.

The Wild used a fifth-round pick to select Kaprizov in 2015 but had not been able to convince him to sign and play in the NHL until this past summer. General manager Bill Guerin got him locked up – with a two-year entry deal – just before the league resumed its postseason. He wasn’t able to play in the postseason but the expectations are nonetheless high.

Kaprizov has played in the Russian KHL for CSKA the past three years. The last two of those years saw him tear the league up, scoring 30 and 33 goals respectively. While it might be easy to dismiss that due to it being a non-NHL league, he compares well to other Russians who have come over. New York Rangers forward Artemi Panarin played in the KHL at the same age and never scored more than 26 goals.

He’ll join a Wild team that is still searching for some consistent play at center – having a winger like Kaprizov should help any center – but Kaprizov is going to slide into their top six and their power play and get plenty of opportunity to score. We at Sound Of Hockey think that’s going to be enough for him to pile up points and end up winning the Calder Trophy.

He’s not a household name – although here in Washington State he’s well known for his days with the WHL’s Tri-City Americans – but he’s on his way. Valimaki was a first-round pick of Calgary in 2016 and will be a big part of its quest to conquer the new Scotia North division this season.

In his first pro year in 2018-2019, he split between the NHL (24 games) and the AHL’s Stockton Heat, where he recorded 18 points in 20 games. Primed to play with the Flames full-time last year, a knee injury that required surgery caused him to miss the season entirely. He rehabbed and was ready to play as the Flames entered the Edmonton Bubble last fall, but Calgary, in a shrewd move, kept him out to limit his games played in pro hockey and exempting him from the Kraken Expansion Draft. The Flames most likely would have protected him but that would mean someone else would have been exposed.

Valimaki is healthy now and started the year playing for Ilves Tampre in his native Finland. To assuage any worries about his knee, he lit up SM-Liiga by scoring at a point-per-game pace in 19 contests. He can skate and has an offensive mind always looking to quickly transition and lead the rush. His skill set should lead him to the point on the power play as well. Look for speed and end-to-end rushes in Calgary for Valimaki this year.

The Rangers goalie of the future is going to get his shot now. Shesterkin has been on the come up and a big reason why New York was willing to let all-time great Henrik Lundqvist walk in the offseason. The 25-year-old Russian only has 12 games of NHL experience but has a strong track record in the KHL.

During his last three seasons with St. Petersburg SKA his lowest save percentage was .933 and his last season, 2018-2019, he posted an incredible 1.11 goals-against. But that was the KHL and things ramp up in North American pro hockey. Shesterkin adjusted well on this side of the globe and spent the 2019-2020 season with the AHL’s Hartford Wolfpack where he was just as dominant. With Hartford, his record was 17-4-3 with a .934 save percentage and 1.90 goals-against average.

He’s been consistent wherever he plays and there’s no reason to think that won’t continue. He will split time with the returning Alexandar Georgiev, but with this year’s compact schedule, Shesterkin will be in net enough to be in the Calder race.

If he were to win, Shesterkin would be the first goalie to win the Calder Trophy since Steve Mason won in 2009 with the Columbus Blue Jackets.

The best of the rest Calder Trophy candidates

The number one pick in October’s Draft will head straight to the NHL with the Rangers. He hasn’t played an NHL game yet, but his record in the QMJHL where he piled up 297 points in three seasons suggests he’ll be ready from day one. Toronto’s Auston Matthews was the last No. 1 overall pick to win the Calder Trophy the following season. Can Lafreniere do the same?

Taken two picks after Lafreniere, Stutzle is coming off an incredible performance with Germany in the World Junior Championship. An argument could be made he was the best player in the tournament and willed his team into the quarterfinals for the first time ever. He joins an up-and-coming Senators team which should put him in position to have an offensive impact.

Cozens is another player who dominated the World Junior Championship in January and can jump right into the NHL. Cozens was a first-round pick of the Sabres in 2019 after productive years in the WHL with the Lethbridge Hurricanes. He’s 19-years-old but at 6-foot-3 and 188 pounds he has the size to compete at the next level. Cozens has to make the Sabres roster first, but if he does, look out.

The Kings have a loaded prospect pool and Vilardi may be the closest to popping in the NHL. Los Angeles drafted him in 2017 with the 11th overall pick and he’ll be a big part of their rebuild. He got a brief, 10-game look with the Kings last season and was impressive while scoring three times with seven points.

Another stellar goalie out of Russia, Sorokin fever is ready to hit the Island this year. Sorokin, 25, played the past six seasons with CSKA Moscow in the KHL and routinely flirted with a save-percentage in the .930 range. He has a shot to end up the Islanders top goalie and with New York’s defensive style of play, he could end up with big numbers.

Zegras delighted for the gold-medal-winning Team USA at this year’s World Junior Championship and the Ducks had to be drooling, or quacking, or whatever Ducks do. He can distribute the puck and showed off his deadly shot this winter. A key cog in Anaheim’s future, he should get plenty of ice time, though the Ducks apparently are not including him in their lineup on opening night.

The former Tri-City Americans goal scorer has scored in the AHL and will be making the next step with a loaded Carolina team this year.

He lit up the stat sheet with the Spokane Chiefs and now Smith will have a shot to crack the Devils roster this year. Can he use his high-end skating to help jump-start the New Jersey offense?

The reigning AHL Defenseman of the Year, Bean has a chance to contribute with the Hurricanes. Carolina’s depth on the blue line, however, makes him a long shot at the Calder Trophy.