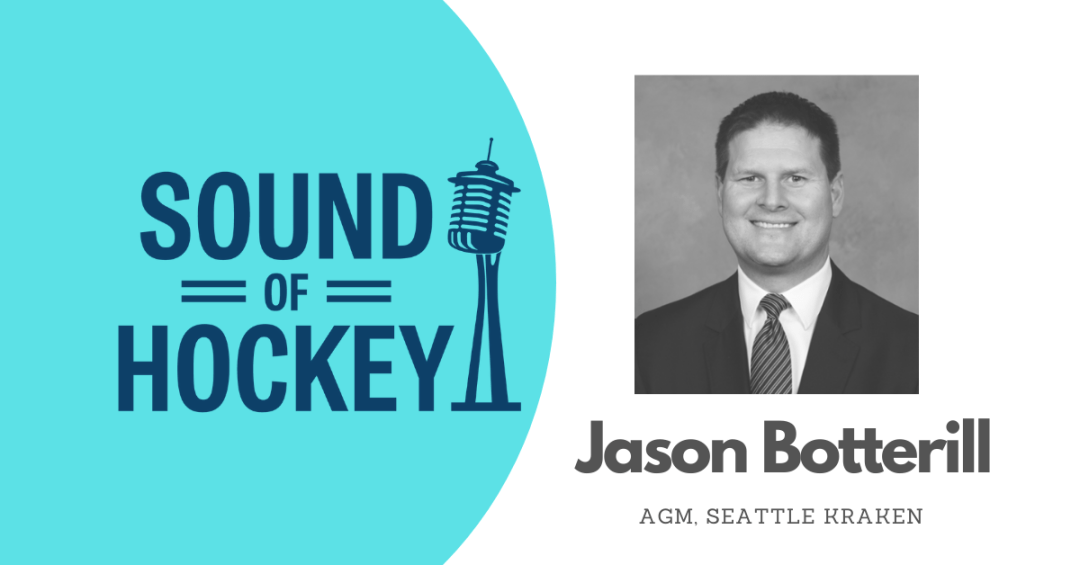 Before you ask, the guys recorded this episode on Monday of this week, so the news of John Forslund’s hiring by the Kraken and ROOT Sports being named as its broadcasting partner had not yet come out. So no, they don’t talk about that, but will talk about it next week.

What is on this episode, though, is a big-time guest. Yes, Jason Botterill – the former Associate GM of the Penguins, GM of the Sabres, and current Assistant GM of the Kraken – is on the show! With Jason, the guys talk about his hockey career, including his NCAA championship at the University of Michigan and his three gold medals in the WJC, as well as his expectations for the Kraken and his fascinating upbringing. This is a very fun interview with a very successful hockey man. You don’t want to miss this.

On this episode, John, Andy, and Darren do another round of Sound Of Hockey’s Three Stars, the new segment that launched last week. They also discuss Carter Hart losing his mind, NBCSN going away, and the Pierre-Luc Dubois for Patrik Laine trade.

Segments include Goalie Gear Corner (covering this mask, these pads, and these pads), Weekly One-Timers, and Tweets of the Week.

Also, as mentioned at the end of the show, here is the GoFundMe for Kyrell Sopotyk, a Kamloops Blazer who was sadly paralyzed in a snowboarding accident.