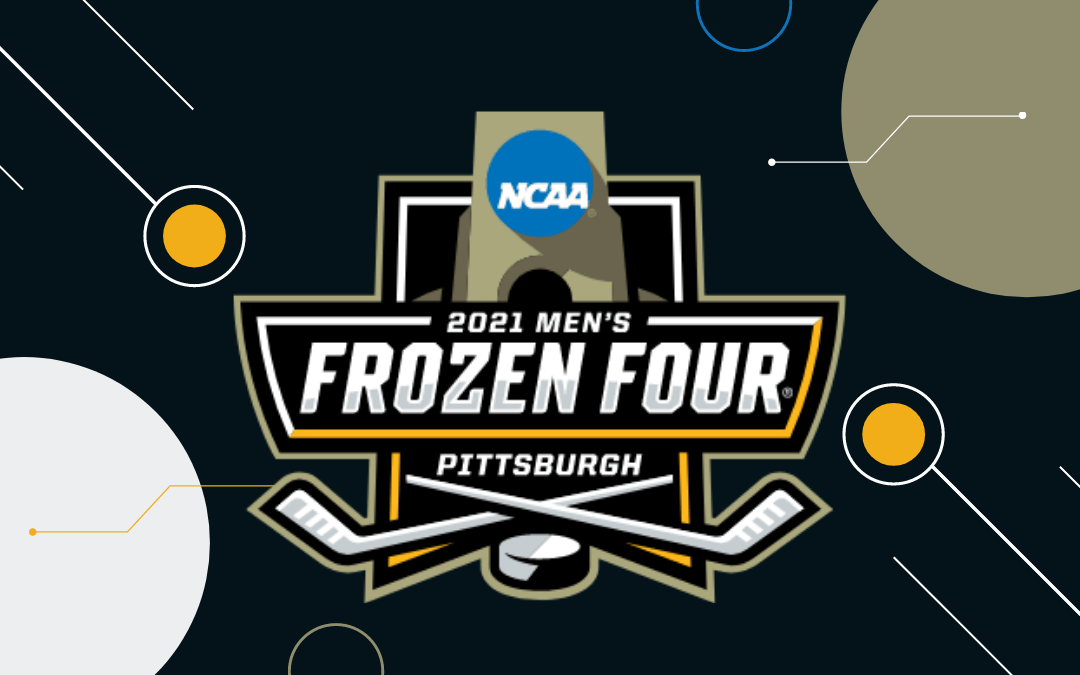 The NCAA Men’s Frozen Four is upon us, with the semifinals getting underway this Thursday and the championship game scheduled for Saturday at PPG Paints Arena in Pittsburgh. We at Sound Of Hockey recognize that college hockey isn’t always the easiest thing to follow living in the Pacific Northwest, so we thought it would be helpful to bring you up to speed on the participants remaining in this incredible tournament and what to look for in what will surely be a riveting couple of days.

First, a few housekeeping items. The first semifinal will be played at 2PM Pacific on Thursday and will feature the Minnesota State Mavericks and the St. Cloud State Huskies. The second semifinal is scheduled for that same evening at 6PM Pacific with the UMass Minutemen facing the Minnesota Duluth Bulldogs. Those semifinal games will be aired on ESPN2. The winners will move on to the championship, scheduled for 4PM Pacific on Saturday. That one will be on ESPN.

Also, before digging into the individual teams themselves, we wanted to take a quick look at how the remaining squads are constructed based on age.

It’s interesting to note that none of the teams with the really elite young NHL prospects remain, as Wisconsin, Minnesota, North Dakota, and Boston College were all bounced in the regionals, while Michigan was forced to back out due to Covid protocols.

The above proves that experience at the college level can be even more important than having elite skill on your roster. The most exceptional players typically don’t last beyond their sophomore seasons, often opting to leave school early to accept pro contracts. So, while it can certainly benefit a school in the very short term to recruit elite talent, it doesn’t necessarily lead to postseason success.

How they got here: The Mavericks overcame a two-goal deficit against Quinnipiac in the opening round, earning a 4-3 overtime victory. They followed that up with a convincing 4-0 win over Minnesota in the Loveland regional championship to earn their first Frozen Four berth in school history.

What to know: One trend you’ll notice amongst these four teams is that they all managed to fly under the national radar to varying degrees this season. Minnesota State probably deserved more attention, based on its exceptional record, but it was hampered a bit by playing in a relatively soft WCHA conference.

Plus, this is a team that entered the NCAA Tournament having never won even a regional game, let alone getting through to the Frozen Four.

The Mavericks have remarkable structure on defense and do a great job of managing the puck, as was evident when they pushed the favored Golden Gophers around for 60 minutes last week. On the rare occasion that things break down, Hobey Baker finalist Dryden McKay is there manning the goal crease at an elite level, stopping 93 percent of the shots he’s faced and allowing just 1.39 goals per game this season.

The Mavericks are very much a score-by-committee type of team with no obvious superstars, instead getting the job done with good structure through all three zones and a stifling combination of defense and goaltending. They also have the best power play of the teams remaining, clicking at 25% on the season.

How they got here: The Huskies knocked off two good teams from Boston—first Boston University, then Boston College—en route to the Frozen Four. Taking down BC and their many elite NHL prospects was especially impressive. The Huskies trailed after one period but came out flying in the second, potting three goals in the frame against Spencer Knight. SCSU ultimately skated to a 4-1 victory and a win of the Albany regional.

This is SCSU’s second Frozen Four appearance in school history. The previous appearance was in 2013—also in Pittsburgh—and ended with a semifinal loss to Quinnipiac.

What to know: St. Cloud’s record may not look that impressive when compared to that of its semifinal opponent from Mankato, but the Huskies come out of a much tougher conference in the NCHC, where they finished the regular season in second place behind North Dakota. The Huskies also made a bid to win the conference tournament, beating Minnesota Duluth before falling to UND in the championship game.

The Huskies bring a similar approach to the game as the Mavericks, getting production in relatively small doses from across their lineup. They do have a speedy and skilled forward in Veeti Miettinen, who leads the team in both goals (10) and points (22). They also have a strong puck mover on the backend in Nick Perbix, who has contributed 18 points from the blue line.

SCSU lost one of its top forwards in Easton Brodzinski when he cut across the middle and took a big hit in the regional championship against BC. Brodzinski was carried off the ice, and it was later revealed that he had broken his leg. To St. Cloud’s credit, the team rallied impressively and completed a surprising win to advance to the Frozen Four.

How they got here: When it was announced that Michigan had been forced out of the NCAA Tournament because of Covid, Minnesota Duluth was given a free pass to the second round, meaning it just had to win one game to advance to the Frozen Four. Easy, right?

The only problem was that one game would end up being against tournament favorite North Dakota.

The Bulldogs were up for a battle, but so too were the Fighting Hawks. Not only did a battle ensue, but it turned into a war of attrition that lasted the length of more than two games, going into five overtimes before the Bulldogs finally found the winner in the longest game in NCAA Tournament history.

What to know: Scott Sandelin is an absolute wizard. Since no tournament was held last year, the Bulldogs remain two-time defending champions, and this is their fourth consecutive Frozen Four appearance. UMD is the youngest team left, as this year was supposed to be a re-building year for this program.

One thing that was interesting about that UND/UMD marathon is that Zach Stejskal, a freshman netminder who had only started seven games all season, got the nod and played into the fifth overtime before having to leave with cramps. He was replaced by Ryan Fanti, the sophomore who had gotten the majority of starts during the season. After sitting on the bench for five hours, Fanti shut the door on North Dakota and got his team over the hump to victory. It will be interesting to see which direction Sandelin goes with his netminders.

UMD is led offensively by Nick Swaney and Jackson Cates, who each have 27 points on the season. Freshman defenseman Wyatt Kaiser played 59 minutes in the marathon game and was absolutely outstanding.

By the way, Scott Sandelin’s son, Ryan, is on Minnesota State, so if the Bulldogs and Mavericks both advance, we would have a father-son showdown in the NCAA Championship. That would be neat.

How they got here: The Minutemen got hot at exactly the right time, going 9-0-3 in their last 12 games, including a Hockey East Tournament championship and two relatively easy wins over Lake Superior State and Bemidji State in the Bridgeport regionals.

My math tells me UMass has given up just one goal per game in that 12-game stretch and just one total goal in the last three games combined.

What to know: The primary individual responsible for such low goals against is netminder Filip Lindberg, a 22-year-old Finnish netminder who had been playing out of his mind. However, in late breaking news, Lindberg will have to sit out due to Covid protocols and contact tracing, at least for Thursday.

Lindberg will be replaced by Matt Murray (not that Matt Murray), who actually had more starts than Lindberg this season. The team’s third goalie, Henry Graham, is also among those sitting for Covid protocols, so best friend of the Sound Of Hockey Podcast, Chris Peters, reports that a student manager will be dressing as the third goalie.

In front of Murray, UMass has the best defensive pairing in the Frozen Four in Zac Jones and Matt Kessel, so that should help lighten the load a bit. Still, this is a huge loss for the Minutemen.

UMass may be morphing into a perennial powerhouse under Carvel. The fact that this team is back here for its second straight appearance is impressive in and of itself. But the Minutemen lost Cale Makar, John Leonard, and Mario Ferraro since being defeated by UMD in the 2019 NCAA Championship.

And yet, here they are, back in the Frozen Four.

This is a team that went 5-29-2 in 2016-2017. Yes, you read that right. UMass won FIVE GAMES in an entire season before Carvel arrived and quickly brought in elite talent to bring this program up to speed.

The question is, can they avenge their 2019 loss to UMD?

UMass is led offensively by Bobby Trivigno, who has the most points of any player left in the NCAA Tournament with 31. Kessel and Jones have combined for 45 points from the blue line. Carson Gicewicz leads the team with 17 goals, but will also have to sit due to contact tracing.