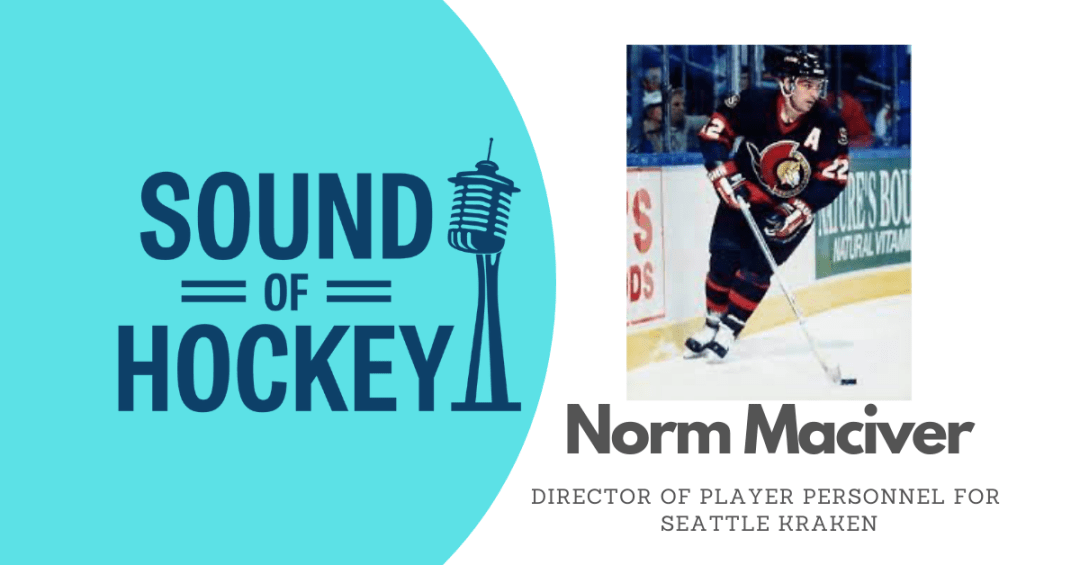 Sound Of Hockey has a super fun and interesting interview this week with Seattle Kraken director of player personnel, Norm Maciver. Norm played 12 seasons in the NHL and had some fascinating stops and stories along the way. In his post-playing career, he has found success as an NHL executive, serving as assistant general manager for the Chicago Blackhawks before moving into his current role with the Kraken.

John, Andy, and Darren close out their interview with Norm by challenging him to a game of Let’s Get Quizzical about himself.

Also in this episode, plenty of discussion about Patrick Marleau’s enormous milestone.

Segments include Goalie Gear Corner, Weekly One-Timers, and Tweets of the Week.