Should the Seattle Kraken pursue UFA players at the Expansion Draft? 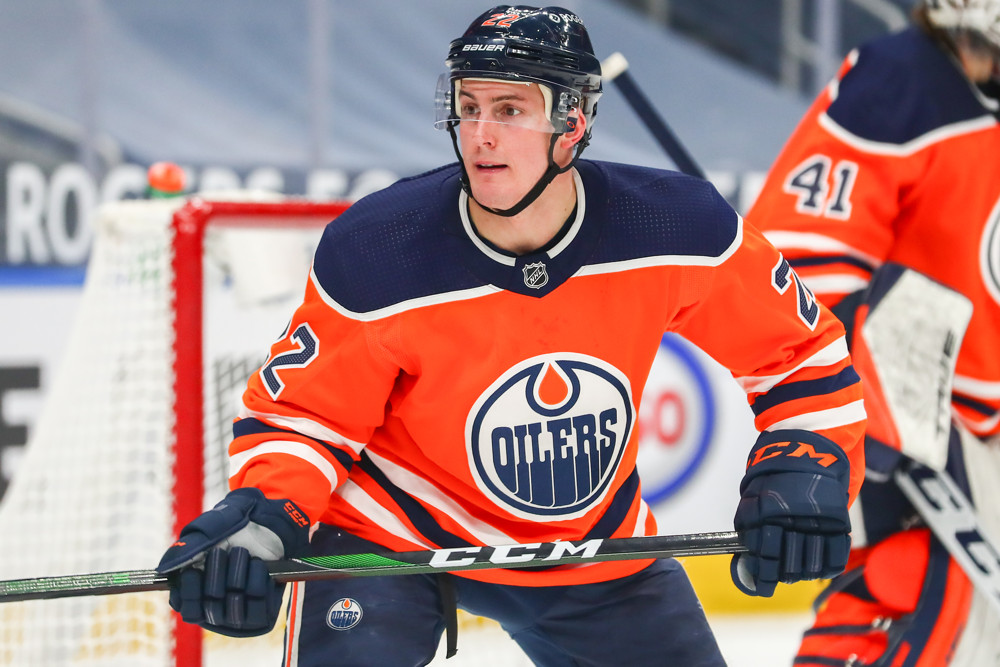 It’s easy and probably overly simplistic to suggest that the Seattle Kraken go all out in signing unrestricted free agents (UFA) at July’s Expansion Draft. If Seattle were to agree to terms with one of those players in the team’s 48-hour exclusive negotiating window, that guy would become its pick from the Expansion Draft list.

But should the Kraken explore this route? Are there players available that would be worth it?

The only sensible answer is maybe.

While there are big-named UFA’s out there, like Alex Ovechkin and Taylor Hall, the chances of them being signed by Seattle are pretty slim. In fact, signing any UFA’s at the Expansion Draft is far from a given for the Kraken. Looking back at Vegas’ Expansion Draft, the Golden Knights signed one UFA, Deryk Engelland, at the Draft.

It’s a different NHL world this time around, however. The flat salary cap has teams dealing with tighter budgets and Seattle may be able to offer more lucrative deals.

The most likely scenarios for this to happen come from teams who don’t have attractive unprotected players for the Kraken to simply pick with their Expansion selection. It’s also possible that from these clubs, Seattle chooses to pick a player who is set to become a free agent and simply allows them to walk – something that Vegas did with three players.

That doesn’t mean there aren’t options that warrant kicking the tires on. We have a list of some interesting UFA players that are worth exploring. Will they sign all of them? No, but these players would be quality additions for Ron Francis and his crew to consider.

The Oilers brought Barrie in during the offseason, signing him to a one-year, $3.75 million deal, and have reaped the benefits. Barrie possibly could have found more money elsewhere, but the gamble has paid off for both player and team.

Barrie, who has always been a scoring defenseman, is having one of his best seasons in the NHL with Edmonton. His 39 points through Edmonton’s first 46 games match his point totals in 70 games with Toronto the previous year. Barrie has thrice topped the 50-point mark and is on that kind of pace this year.

So why should Seattle consider Barrie as an Expansion Draft UFA?

Having a puck-moving defenseman who can contribute offensively and man the power play is essential in today’s NHL. Barrie is that guy and if signed by the Kraken would most likely move to the top of their defensive pairings when you consider the other defensemen who may be available.

He does have some flaws – most notably the play in his own end. Barrie has been a minus player for the majority of his career, but as we know, the plus-minus number can be deceiving. Digging further, he’s coming off two seasons where he topped the 50-percent Corsi-for number. This year he’s a hair under 50 and is on the ice for more scoring chances against than he is for which could be a concern.

With Toronto, a team that has been challenged defensively, the numbers were better and he was a positive player in terms of scoring chances.

Coming off a strong offensive season probably means a pay bump and term for Barrie, but at 29 years old he’ll be relatively affordable with productive years still to come. Edmonton could look to re-sign Barrie but doing so would require them to protect him and risk exposing a young defenseman like Ethan Bear.

Barrie may be the top option from Edmonton. Oscar Klefbom is a player who has been hurt all year, and if the Oilers can’t get an injury waiver for him, they may gamble that Seattle would balk at an injured player. If healthy, he’s a better option than Barrie but also likely protected. Otherwise, Seattle is looking at younger, less proven guys like Caleb Jones on defense or former first-round pick Tyler Benson.

The 26-year-old Driedger has been a pleasant surprise for the Panthers this year and a big reason they’re in a race for the Discover Central top spot. Coming into the season he had 12 NHL games under his belt but caught fire and is out-playing Sergei Bobrovsky, whom Florida is paying $10 million a year through the end of time.

Driedger’s save percentage of .923 tops Bobrovsky’s .905 and his $850K-per-year pay check makes him a bargain. Driedger will be in for a raise, but who can pay him more than Ron Francis and the Seattle Kraken?

Florida has a logjam in the net and with Bobrovsky taking up such a huge cap hit, the team won’t be able to pay Driedger. After Driedger, the Panthers have the heralded Spencer Knight waiting in the wings to be the next goalie, making Driedger expendable.

There will be goalies available elsewhere in the Expansion Draft that the Kraken could look at. They need three and based on this season, Driedger would be among the top guys they could rope in.

The biggest question surrounding Driedger is if he can be trusted. He has not played a lot of NHL hockey and spent most of his pro career bouncing around the minors from the AHL and ECHL. Goalies are a different breed and take longer to develop. Driedger is still relatively young and if the Kraken feel that this season is proof of the player he’s going to be, he’d be a UFA worth going after at the Draft.

The Panthers aren’t going to offer too many attractive players for Seattle at the Expansion Draft. They acquired Sam Bennett at the trade deadline, and while he was a target on Calgary’s roster, he most likely will be protected by Florida. Otherwise, Seattle is looking at guys like Radko Gudas and Markus Nutivaara which makes Driedger a more desirable option.

Another option at goalie, Ullmark is a year older than Driedger and has a longer NHL resume to consider. He’s in the final year of a $2.6 million contract and may want to escape the mess of Buffalo for greener pastures with the expansion Kraken.

Ullmark has appeared in 117 games with the Sabres and his save percentage has increased the last three seasons as his playing time has risen. While he’s not an elite goaltender, he’s been good and has been stuck on a bad team for the entirety of his tenure.

He also has a Kraken connection as he worked with Kraken pro scout Andrew Allen when Allen served as Buffalo’s goaltending coach. Can Seattle cash in on that to lure him away?

Buffalo most likely would want to sign Ullmark and could do so prior to the Expansion Draft. They have cap room and no other strong goaltending options. If the Kraken is interested, they would have to bank on Ullmark wanting a new home in order to make it happen.

The Sabres added Anders Bjork in the Taylor Hall deal at the deadline but most likely will protect him now. That doesn’t leave too many exciting options from Buffalo. Guys like Kyle Okposo, Will Borgen, or Cody Eakin are other options but don’t move the needle much.

It feels like a lifetime ago when Murray was selected second overall in the NHL Entry Draft from the Everett Silvertips. That was in 2012 and while he’s been a solid, two-way defenseman, he’s been plagued by injuries. In his eight NHL seasons he’s played more than 60 games only three times.

He was traded from Columbus to New Jersey this offseason and has stayed healthy, playing in 41 games so far. Murray has 12 points but scoring isn’t really his main strength. He’ll never light up the scoresheet but he’s good in his own end and has been that with the Devils this season.

Murray’s underlying stats are even for the most part, and he would provide the Kraken with an experienced blueliner.

At 27 years old, he still has good hockey in him, and while he’s coming off a $4.6 million contract, it’s possible that the Kraken could get him at the Expansion Draft on a similar, if not cheaper, UFA deal. The Devils could look to re-sign Murray, but they already have a good deal of cap space tied up in defensemen P.K. Subban and Damon Severson.

The Devils could dangle Subban and his $9 million a year contract in front of the Kraken. While he’s a big name, Subban’s production has waned the past couple of seasons. It would be a splash for Seattle to select Subban but perhaps may not be the best on-ice move. Murray is three years younger, cheaper, and just as productive.

The Maple Leafs don’t have cap space. That’s the result of having three players – Auston Matthews, John Tavares, and Mitch Marner – each making over $10 million a year, and that means they are going to lose some free agents.

Hyman has twice topped the 20-goal mark, is 28 years old, and too pricey for the Maple Leafs to reasonably re-sign.

He would be a solid addition for the Kraken to swing for via the UFA window at the Expansion Draft. Hyman has the skill to score and his underlying numbers are great. He drives play.

Hyman’s Corsi-for this season is 52 percent, his expected goal percentage is an impressive 67 percent, and while he’s on the ice the Maple Leafs enjoy a 63-percent advantage in terms of high-danger scoring chances. That all adds up to a quality player that Seattle would benefit from.

Seattle won’t get him for the bargain of $2.25 million a year as Toronto has enjoyed. Looking at some comparables, he’s in line for a pay raise. It helps that the Kraken have all the cap space in the world at the moment.

Looking at the Toronto projected protected list, the most intriguing player available may be defenseman Justin Holl. While he’s having a good season, he is not as productive as Hyman and would be a downgrade.