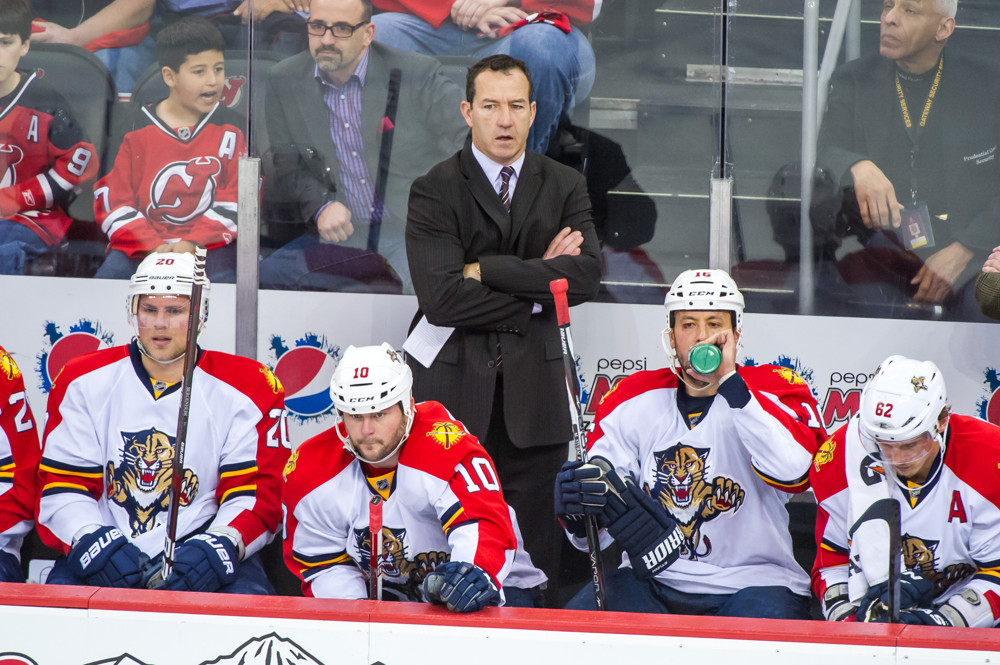 The San Diego Gulls were eliminated by the Bakersfield Condors Monday night in the AHL’s Pacific Division playoffs thanks to a 2-1 overtime decision. Head coach Kevin Dineen’s club had a strong year, finishing first within the division in points but officially in third place due to points-earned percentage – a sign of this strange Covid hockey season. With Dineen’s season over, could he be a stealth candidate to become the first head coach of the Seattle Kraken?

He’s ‘stealth’ in that he’s not been the name thrown out by the majority of media and message board heroes. Those names include the likes of Gerard Gallant, John Tortorella, and even Joel Quenneville, thanks to a recent rumor. It’s also been reported that former Arizona Coyotes bench boss Rick Tocchet is going to be interviewed by the Kraken for the top job.

Seattle general manager Ron Francis has remained tight-lipped on who he is considering, only to offer that the Kraken are in no hurry and would likely not hire anyone until they have a better understanding of how the field looks.

Most of the contenders being speculated about would have to get fired, or were just fired, or ‘agreed to part ways’ – which is the nice way of being fired. So, why not go with someone who is coming off successful seasons, like Dineen?

Francis has said over and over that he prefers a coach who has prior NHL experience to join the Kraken in year one. Dineen checks that box and many others, and he could end up in the mix to be the first head coach for the Kraken.

Dineen, 57, is most known for his time as an NHL player, appearing in 1,188 games between the Hartford Whalers, Carolina Hurricanes, Philadelphia Flyers, Ottawa Senators, and Columbus Blue Jackets. He scored 355 goals over his career before retiring in 2003.

It didn’t take him long to get back into hockey, as he was hired as the head coach of the AHL’s Portland Pirates in 2005. Portland was the affiliate of the Anaheim Ducks and Dineen would spend six successful seasons guiding the future Ducks.

During his tenure, he never suffered a losing season and won 45-plus games in four of his six seasons. That got the NHL’s attention, and in 2011 the Florida Panthers brought him in as head coach. His first NHL season was a good one as the Panthers won 38 games and won a division title for the first time in a decade.

They lost in the first round, however, and would struggle the following season. Dineen would be let go 16 games into his third season, ending his NHL stint with a 53-62-28 record. After Florida, Dineen took a job leading Canada’s women’s national team and would lead them to a gold medal during the 2014 Winter Olympics in Sochi.

Later that season he found himself back behind an NHL bench, as an assistant with the Chicago Blackhawks. He would spend the next five seasons with the Blackhawks, picking up a Stanley Cup ring in 2015.

The Ducks would bring Dineen back in 2019 to head up their new AHL franchise in San Diego. With the Gulls the past two seasons, he’s done well with two winning campaigns and a 56-36-1-8 record.

Kevin Dineen is tied to the Seattle area

Having local ties isn’t the top credential to becoming the first Kraken coach, but it doesn’t hurt. Dineen is very connected, not only to Ron Francis – the two played together in Hartford and Carolina – but to the city as well.

Dineen’s father, Bill Dineen, played for the Seattle Totems from 1964-1969 and Kevin spent his early years living in Queen Anne. Bill would later coach Kevin with the Flyers, but before that he was an amateur scout with the Hartford Whalers.

It was the elder Dineen who scouted and drafted Ron Francis to the Whalers.

Francis has shown no hesitation in bringing in people he knows to the Kraken organization. He had worked previously with assistant general manager Ricky Olzyk and head of scouting Robert Kron. He played with Dineen and there is a familiarity with the family.

Could that be a deciding factor when considering coaches?

Why would Dineen make a good coach for the Kraken?

Dineen checks off a lot of the boxes that Francis and the Kraken are going to be looking for in a head coach.

First off, he has NHL experience. His two years in Florida were a mixed bag with his second season not as fruitful as the first. That second season the Panthers suffered a number of injuries and were not able to overcome that adversity in a season shortened by labor issues. After those lessons, he continued to learn on the bench in Chicago under Quenneville, one of the best coaches in the league.

Every other year he’s been a head coach was a success with zero losing records. Dineen has been able to coach competitive teams at every level.

His AHL record is impressive. And that bodes well for the coach of an expansion team that will rely on young players and a roaster pulled together in the mash-up that the Expansion Draft will produce. Dineen is known for his deft work with young players to help them develop into NHLers.

In the AHL, rosters are constantly revolving and despite that turnover, Dineen’s clubs win hockey games, which is the bottom line. This past season’s Gulls roster had 21 players who were new to San Diego and the Ducks franchise. That sounds a lot like how an expansion team will look.

Will Kevin Dineen be the guy the Kraken turn to? We will have to wait and see, but he has the credentials and track record that make him a true contender. He may not be the big name in the room right now but might end up being the best name and ultimately, the first head coach of the Kraken.