The Seattle Kraken have the No. 2 pick in the NHL Entry Draft – Now what? 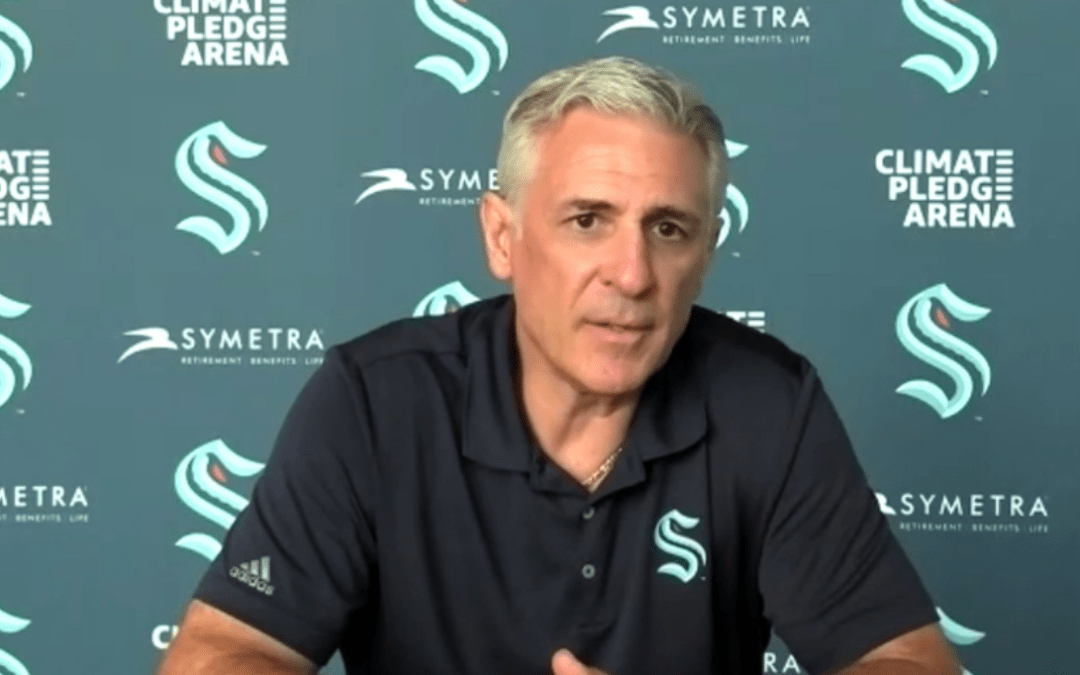 On Wednesday, during the NHL Draft Lottery, the Seattle Kraken learned that they will have the No. 2 overall pick in the NHL Entry Draft on July 23. The fledgling franchise was the only team to move up at least one spot compared to where it stood in the odds entering the lottery, as it had the third-best chances to win at 10.3 percent. The Anaheim Ducks, who entered the lottery at 12.1 percent, were the only team to move down, flipping with Seattle to come away with the third overall pick.

Selecting No. 2 overall is a huge deal. While this draft is expected to be different in that the top-three picks are not as cut and dried as in years past, there is close-to-NHL-ready talent that will be available.

Owen Power, a 6-foot-5, puck-moving defenseman from the University of Michigan is widely expected to go No. 1 to Buffalo, but even he isn’t a shoo-in. The Sabres took Rasmus Dahlin No. 1 overall in the 2018 NHL Entry Draft, and he also just happens to be a left-shot defenseman.

Could this push that struggling organization to take two-way center Matty Beniers instead? If so, the Kraken would gladly take Power as a foundation for its blue line for the next decade and beyond.

Our guess at Sound Of Hockey is that Power still goes to Buffalo and Beniers is the pick by Seattle. But again, this isn’t a no-brainer like last year’s one-two punch of Alexis Lefreniere and Quinton Byfield or 2019’s Jack Hughes and Kaapo Kakko.

William Eklund, a smallish left winger out of Djurgarden in Sweden, is the top-ranked international skater according to NHL Central Scouting, while fellow Swede Simon Edvinsson is a big, mobile defenseman who is expected to develop into a cornerstone blueliner for a lucky franchise.

Beniers reportedly dodged a bullet Thursday morning at the IIHF World Championship, when he injured his leg and was unable to put weight on it. Fortunately, he is now listed by Team USA as day-to-day.

Choice of position for the No. 2 pick?

Kraken general manager and head amateur scout Robert Kron seemed to have a penchant for selecting defensemen with their top picks while the two were teamed up in Carolina, but position is not expected to be a factor this time around.

“I think right now, the only guy we have in the organization is Luke Henman, so it’s not like we have a strength in one area or the other,” Ron Francis told media on Wednesday. “So, we’ll go through this draft and look at it and make sure we take the best player available with that No. 2 pick.”

To give you an idea of the level of talent that the Kraken might find with the No. 2 pick in the draft, here are the last 10 players selected in that slot and how they have performed statistically.

Other notable players to be selected in the No. 2 slot include Chris Pronger, Eric Staal, Tyler Seguin, Drew Doughty, Daniel Sedin, and countless others that turned into NHL stars.

Being drafted to an expansion team

Past expansion teams— with Vegas being the obvious outlier thanks to more advantageous Expansion Draft rules— have certainly felt a level of pressure to get their prized top pick right onto the NHL roster.

At this stage, it’s hard to determine if any player in this draft is truly NHL ready, though, regardless of if that player is joining an expansion team. Can a player selected by the Kraken at No. 2 in the draft jump right into the lineup?

“I think you always have that possibility,” Francis said. “I think we’ll look at the big picture and see how the Expansion Draft goes and how the amateur draft goes. We can get them into training camp and see how they play and how they perform and make sure that they’re ready, not only from the hockey game standpoint, but also physically and mentally. It’s not an easy league, and less and less players are stepping out of the draft and stepping into the NHL.”

Variables caused by the pandemic

We’re expecting a lot of high-end players to slip through to later rounds than they probably deserve due to the limited live viewings that scouts were able to muster this season. There just isn’t the same level of familiarity at this stage between NHL teams and prospective players as there normally would be.

“It’s been a crazy year to say the least,” Francis said. “We had leagues that didn’t play, leagues that started late, leagues that tried to play all season long–started, shut down, started again. But our guys have done a great job of doing whatever it took to watch players play, whether that was on video, whether that was trying to get to see games live. You know, we’re looking at players all around the world, it’s not just North America.”

The Kraken have always been able to focus on the top few players on their list, though. Added Francis, “You kind of formulate your list, and quite honestly, we knew we’d be in the top five, so we’re zeroing in on the players that we thought would be in the top five. Now that we know we’re in [the top] two, we’ll even tighten that up a little more to make sure that we’ve got it right.”

The Seattle Kraken are going to get a good player at No. 2 overall in the NHL Entry Draft. With limited viewings from scouts due to the ongoing pandemic and a lack of a consensus top pick this season, it’s hard to say if that player will bring an immediate impact.

But where past expansion teams have had to force their top pick into NHL action, the Kraken will probably have enough talent to allow their No. 2 overall selection more time to develop if needed.