How the Seattle Kraken might utilize the Charlotte Checkers 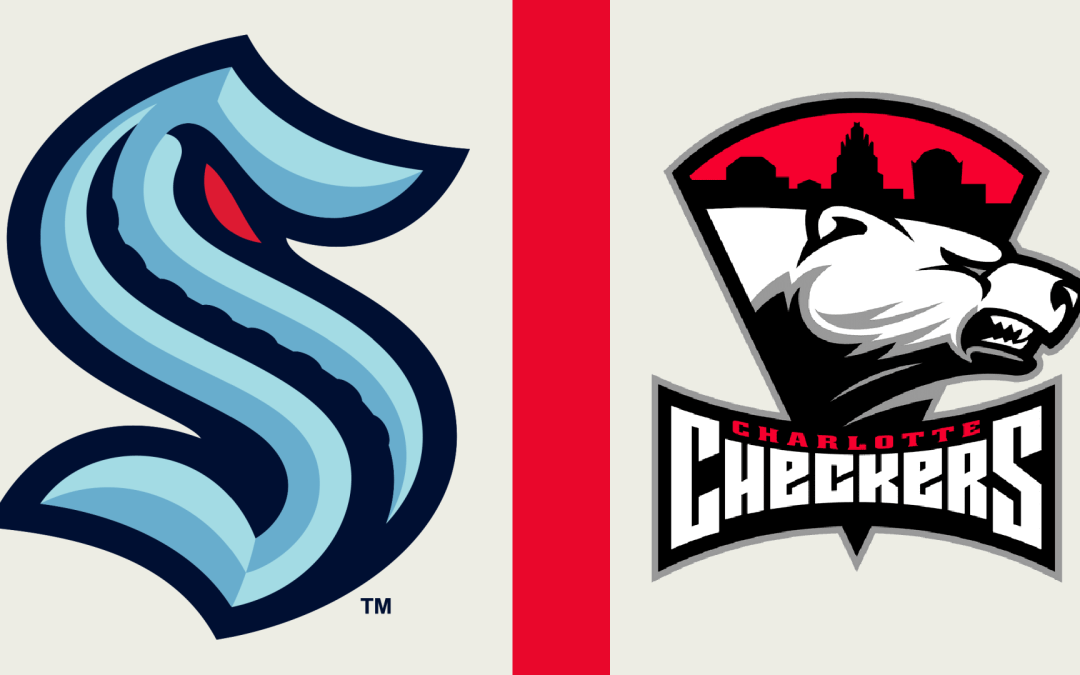 Last week the Kraken announced a partnership with the Charlotte Checkers to be Seattle’s temporary affiliate in the American Hockey League (AHL). As part of the announcement, the Kraken revealed that they will be sharing the Checkers with the Florida Panthers while they wait for the future home for their own AHL team in Palm Desert to be completed for the 2022-23 season. Sharing an AHL affiliate is nothing new as the Golden Knights shared with the St. Louis Blues in Vegas’ inaugural season in 2017-18.

To understand how the Kraken might use the Checkers next season, let’s take a deep dive into how the Golden Knights used the Chicago Wolves in their first season, 2017-18.

First, let us look at how many Golden Knights prospects played in Chicago during the 2017-18 season.

In his media availability last week, Seattle Kraken general manager Ron Francis stated that the Kraken would be sending between eight and 12 players including one goalie to Charlotte next season. This is close to the range the Golden Knights used in year one with the Wolves. However, there were several games where the Golden Knights had more than 12 prospects suit up and play for the Wolves.

The maximum number of Vegas prospects that appeared in any one game in Chicago was 16, but there were a total of 20 players that played at least one game that entire regular season. In order to understand how Seattle might acquire AHL players, let us take a look at how the Golden Knights acquired their AHL players.

It’s interesting to see that Vegas signed nine free agents to “two-way” contracts. A “two-way” contract is when there are two different salaries associated with the player that is dependent on where that player is in the organization (either the AHL or NHL).

When we double-click on the details of these Chicago Wolves players, we can start to see how the Kraken might use these AHL roster spots. I have classified these players into categories.

Alex Tuch and Shea Theodore played a total of 11 games in the AHL in October and were called up to the Golden Knights roster in November, never returning to the AHL.

Two of the seven Chicago Wolves players that played in the NHL that season were goalies. Even with two goalies in the NHL and the two in Chicago, the Golden Knights did not have enough goalies for that season. With a whole host of injuries, Vegas actually used five different goalies in the NHL that first season. The fifth goalie used was WHL goaltender Dylan Ferguson who was used in an emergency basis. Seattle will likely need to find a spot for at least one additional goaltender in the ECHL in case of a scenario where injuries require a fourth goaltender to be used, even in a backup role.

Jason Garrison, Paul Thompson, Brandon Pirri, Philip Holm, Chris Casto, Teemu Pulkkinen, and TJ Tynan were all over 25 years old when the 2017-18 season started. Garrison and Pulkkinen were drafted in the Expansion Draft. Holm was a mid-season trade acquisition with Vancouver. Of the group, only Garrison played in the NHL that season.

Griffin Reinhart, Zac Leslie, Tomas Hyka, Stefan Matteau, Jake Bischoff, and Tobias Lindberg were all between 22 and 25 years old when the season started. It’s hard to know for sure what the projection was for these players when Vegas acquired them, but none of them would have much more than a cup of coffee in the NHL. This makes you wonder if acquiring those players for the 2017-18 season was worth it and how Seattle might consider minimizing these types of players.

Reid Duke and Keegan Kolesar were both under 22 years old when the season started in 2017-18. Duke was the first player to sign a professional contract with the franchise but has yet to play a game in the NHL. Kolesar played his first NHL game during the 2019-20 season and has emerged as an NHL regular this year, appearing in 44 of 56 regular-season games. Nick Hague joined the Chicago Wolves at the very end of the 2017-18 season for five games when his OHL season wrapped up.

The road ahead for the Seattle Kraken and the AHL

The Kraken’s approach to the utilization of the Charlotte Checkers might be answered in the Expansion Draft. They could pursue younger players that need a season or two in the AHL before expecting to make the NHL. They might also focus on free agents that are more NHL ready, as this would give the team a better chance of backfilling for injuries during the season.

Either way the next 30 days should answer a lot of the questions we have about this team in year one. Buckle up. This is going to be fun.