Three lessons the Kraken can learn from the Tampa Bay Lightning 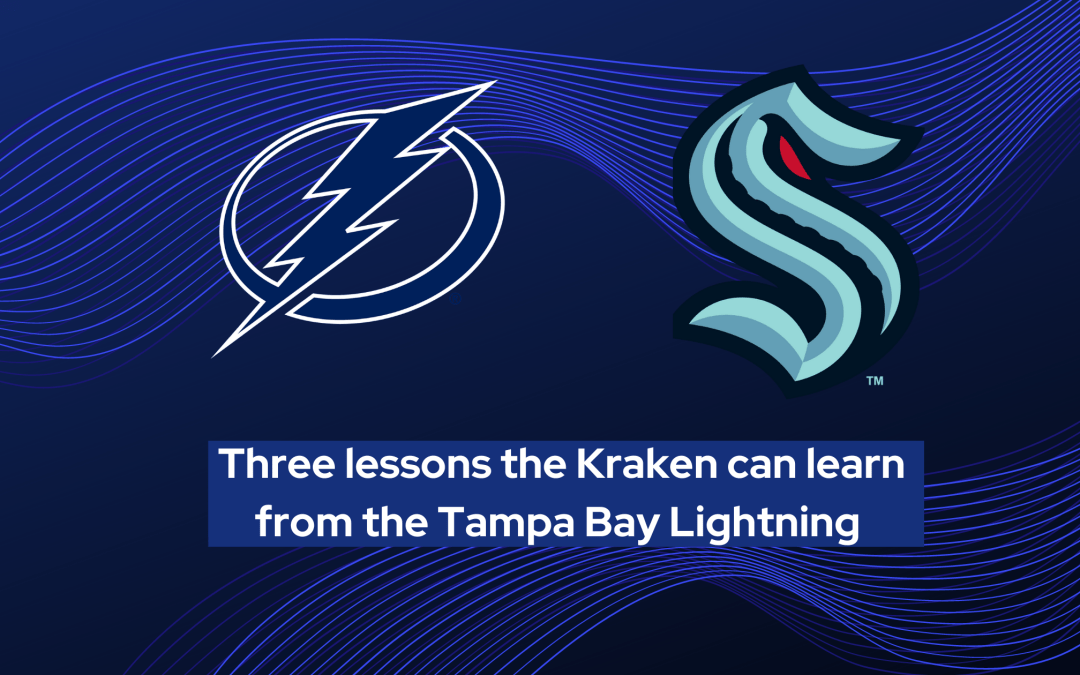 When you have no skin in the game, it’s always a bit unsatisfying to see a championship trophy awarded to the team that everyone expects to win it. Watching the Tampa Bay Lightning hoist its second Stanley Cup (and then smash it, which is hilarious) in as many tries was no surprise to anyone in the hockey world. But anecdotally, it feels safe to say that the majority of neutral fans were still pulling for the Canadiens to perform a minor miracle in the Final.

For Seattle Kraken supporters, it really should have made no difference which team ended up victorious. The real win is that the 2020-21 season is now in the rearview, and with that finality comes a new beginning for the Emerald City.

You may be inclined to say, “Good riddance, now let’s go party at Gas Works,” but before we fully move onto the next stage of this journey—which is sure to be a wild one—there are some important lessons that Seattle can learn from the Tampa Bay Lightning.

You’re annoyed that the Lightning’s playoff roster was $18 million over what would have been the salary cap if the rules had remained the same as the regular season, right? Well, as the saying goes, don’t hate the player, hate the game. Everything Tampa Bay did was completely within the rules agreed upon by the league and the NHLPA.

We’ve seen this movie before

There’s interesting and somewhat ironic context to consider here. In 2015, Patrick Kane broke his clavicle in February and was placed on long-term injured reserve, taking his cap hit off Chicago’s books for the rest of the regular season. General manager Stan Bowman then made several trades, pushing the team right back to the cap.

Fast forward a few months. The regular season ends, Kane is cleared to play just in time for the playoffs, and the Blackhawks roll to another Stanley Cup win while playing way over what would have been the salary cap. Sound familiar?

Well, guess who Chicago’s opponent was in that Final. Bingo! It was Tampa Bay!

At the time, Julien BriseBois was serving as assistant general manager under Steve Yzerman. The Bolts brass certainly didn’t like that the Blackhawks had a seemingly unfair amount of superstar talent, but the ’Hawks showed current Lightning GM BriseBois and his staff of brilliantly evil henchpeople a loophole they did not forget.

Frankly, fans of other teams that are irked about Tampa Bay successfully executing the old Chicago Shuffle to add superstars at just the right time should be more upset that their own respective teams didn’t figure out a way to pull off something similar.

Also, in defense of the Lightning, the fact that they built a squad that can go an entire regular season without its best offensive player and still be one of the best teams in the league says a lot about how well they managed. They added talent to an already talented and pricey team and recognized that the opportunities to win Stanley Cups are fleeting.

The Kraken have leaders who can pull this off

From a Kraken point of view, the lesson here is to use every angle available to maximize cap space. Assistant general manager Ricky Olczyk was hired in part for his deep knowledge of the collective bargaining agreement. In fact, he confirmed to the Sound Of Hockey Podcast in 2020 that he even occasionally sleeps with a copy of the agreement within arm’s reach, just in case something comes up in the middle of the night. Seattle is in good hands on that front.

It’s also well known that general manager Ron Francis has the go-ahead to spend to the salary cap right off the bat. It’s not in the team’s best interest to actually do this right away, because some space will be needed if the team is truly competitive in the first couple years. Still, a time will come when finagling will be needed to improve the team, and the Lightning have written the book on how to squeeze every last ounce out of the salary cap. When they aren’t memorizing the CBA, the Kraken front office should probably read that book.

This second lesson is a bit of a no-brainer, but it feels important to mention. The majority of Seattle’s inaugural roster will be constructed through the July 21 Expansion Draft, but there will be a good chunk of players selected who are either on expiring deals or won’t even end up playing for the team. The real long-term health of the organization relies almost entirely on how the Kraken perform at the NHL Entry Draft in the coming years.

The Bolts are not that far removed from a couple of pretty ugly seasons. They returned to prominence after a bit of a dip by building an exceptionally talented core that was almost all drafted by the organization, including Victor Hedman, Nikita Kucherov, Brayden Point, Steven Stamkos, Anthony Cirelli, Alex Killorn, Ondrej Palat, and Andrei Vasilevskiy.

Not only did they hit the jackpot on a whole host of selections, the Lightning also managed to spread the wealth across the roster positionally, creating depth at forward and defense and finding a dominant force to play in net. The general philosophy is to take the best player available in the early rounds, and that will be the approach of the Kraken initially. But down the road, there’s something to be said about having an outstanding player or two at every position.

Lesson 3 – Patience is a virtue

It was sent just two years ago by the team after Tampa Bay was swept out of the first round of the 2019 playoffs by the Columbus Blue Jackets, despite having one of the best regular seasons by any team in NHL history. This was also after losing in the 2015 Stanley Cup Final, then coming close again with losses in the Conference Finals in 2016 and 2018.

The point is, if you have the a great core of players in place and they don’t immediately win it all, they still learn from the experience. The same can be said of the front office and the coaching staff, who will constantly be trying to find ways to make the team better. Draft a great core of talent, pepper in some deft veteran signings and acquisitions, and let them grow together.

Seattle may not win in year one, or even years two, three, or four. But it’s all part of the process, and long-term success should be the goal here.