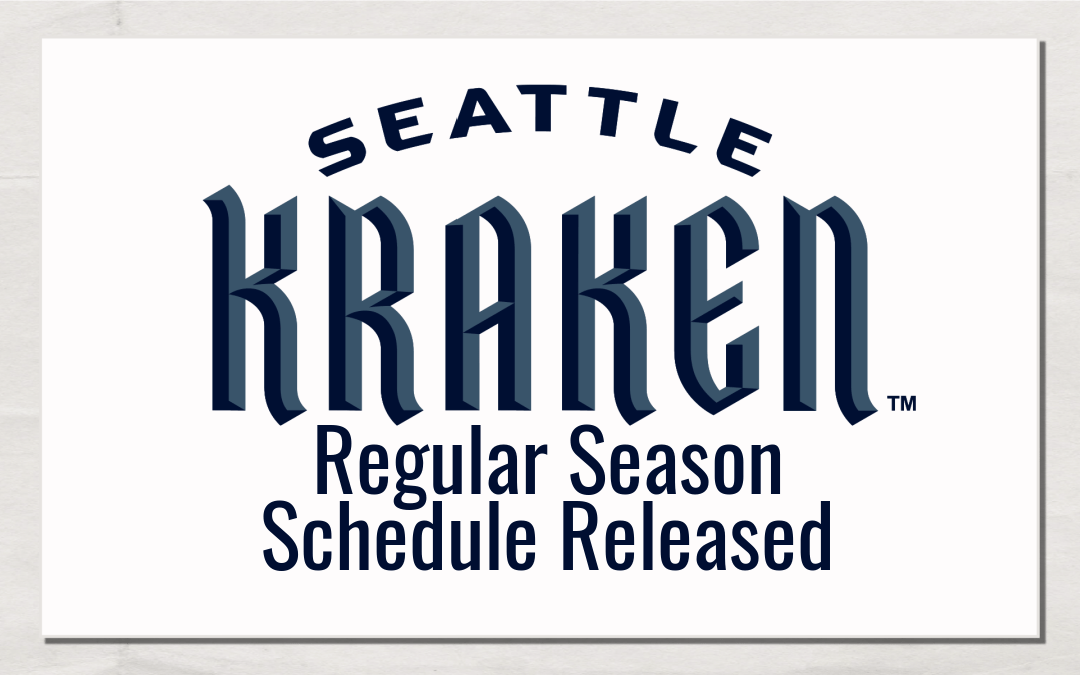 On Wednesday we got players. On Thursday we got games. The NHL released the 2021-22 schedule, including for the inaugural season of the Seattle Kraken. This is getting more real with every passing day.

To help you navigate the 82-game schedule, we have identified what we believe are the top-five home games to block on your calendar.

December 29 versus the Philadelphia Flyers – This will be the Flyers’ lone trip to Seattle this season, and hopefully we get to see two-time CHL Goaltender of the Year and former Everett Silvertip, Carter Hart. Plus, games between the Christmas and New Year’s holidays are always extra special.

January 4 versus the New York Islanders – This marks former Seattle Thunderbird Mat Barzal’s return to the region. By the chatter online, he is still a local fan favorite so expect a lot of Thunderbirds jerseys in the crowd, as Seattle takes on a team that has come up just short of the Stanley Cup Final twice in a row. Plus, this is a Jordan Eberle revenge game.

December 3 and December 18 versus the Edmonton Oilers – We are only going to count this as one game, but it should count as five. Not only will you get to see arguably the best player in the world in Connor McDavid, but you will likely also get to see Kailer Yamamoto (Spokane Chiefs), Ethan Bear (Seattle Thunderbirds), and Jujhar Khaira (Everett Silvertips).

March 16 versus the Tampa Bay Lightning – The back-to-back Stanley Cup Champions make their trip to Seattle late in the season. The Bolts have already experienced changes but are expected to be one of the more elite teams in the league yet again.

Here is the rest of the home schedule for the Seattle Kraken:

And for completeness, here is the away schedule: