Sound Of Hockey Podcast Ep. 147 – Behind the Ropes at the Expansion Draft 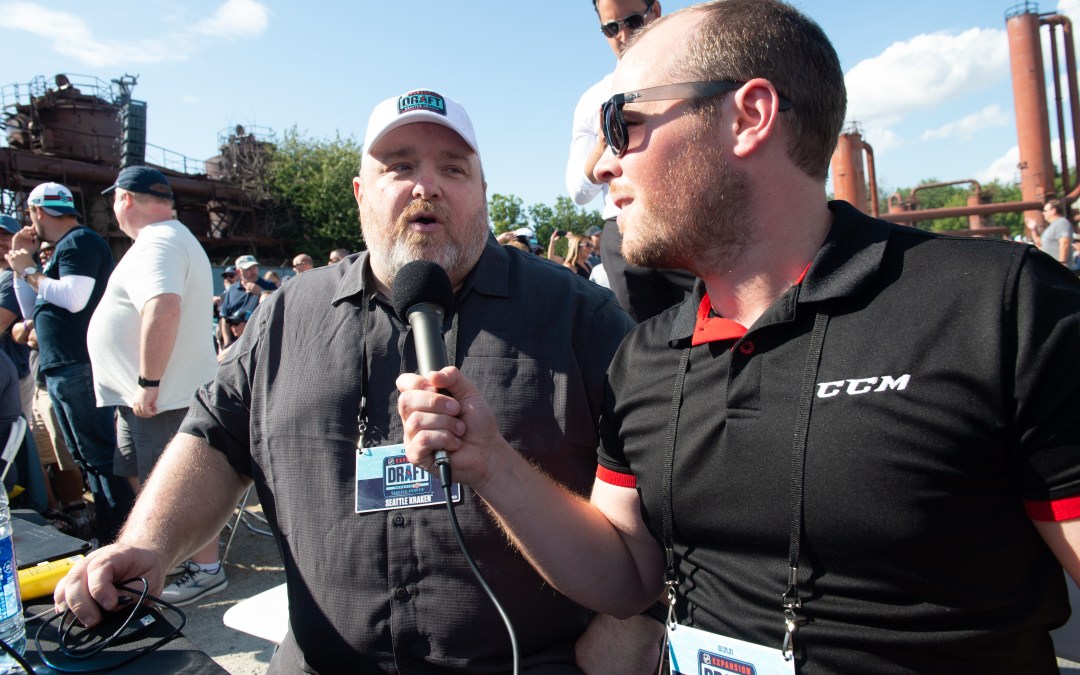 Well, Kraken fans, it has been a WILD week, and there’s more to come! This episode of the Sound Of Hockey Podcast is quite unique, as Darren is mostly driving the bus and doing the heavy lifting on this one without his usual wingmen. Andy does make a couple of appearances, though, as he and Darren take you behind the ropes at the Expansion Draft event to give you commentary from all of the players that were in attendance – Chris Driedger, Jordan Eberle, Brandon Tanev, Jamie Oleksiak, Mark Giordano, and Haydn Fleury – plus Seattle Kraken head coach Dave Hakstol and general manager Ron Francis and Ryan Clark from The Athletic.

Aside from the very fun audio clips from the Expansion Draft, Darren gives his reaction to the selections and lack of side deals associated. He also shares the latest Seattle news including the NHL schedule release and the details of the NHL Entry Draft.

This is a short, unique, and fun episode.