Live Blog: Following the Seattle Kraken on Day 2 of the NHL Entry Draft 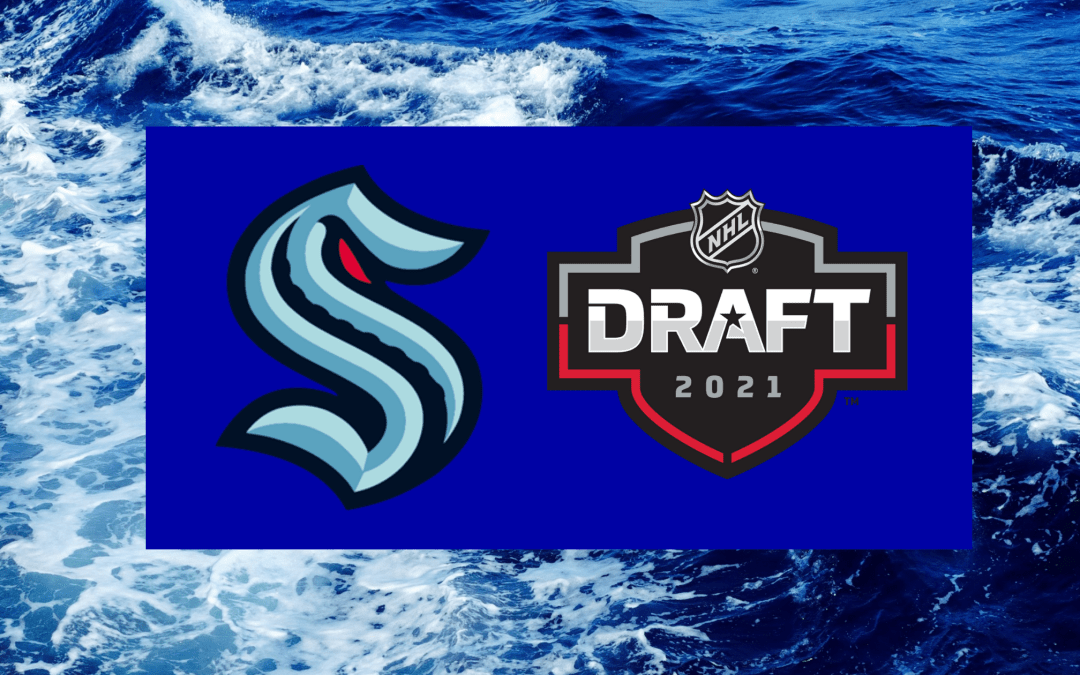 9:42AM – The Seattle Kraken did exactly what we expected them to do on the first day of the NHL Entry Draft, selecting Matty Beniers with their first-ever selection. Beniers was the guy that virtually every pundit thought would land in Seattle, and the Kraken agreed with that analysis of where the University of Michigan standout belonged on their draft board. When Saturday rolled around, it was quickly apparent that the Kraken were ready to do their own thing, prognosticators be damned.

And so, just a few minutes into the second round, when the Kraken were on the clock with the third pick of the round, they surprised all those prognosticators by taking Ryker Evans, a 5-foot-11, 189-pound defenseman from the Regina Pats of the WHL. Pre-draft rankings had Evans as high as No. 67 overall and as low as No. 192 among draft-eligible players. Seattle took him at No. 35, so clearly they have seen him plenty despite the pandemic and really like his game.

Evans is known as a smart and deceptive player who can jump up in the rush. FCHockey says he plays with “an elite level of poise and commands the ice.”

Notable about the Calgary native, Evans was eligible and was passed over in last year’s NHL Entry Draft, so this was his second chance at getting selected. He definitely showed some significant growth in 2020-21, when he improved from a half-point-per-game-player the year prior to better than a point per game. On this growth, Evans says the pandemic-induced pause really helped him, because it let him “Work on things you would never really get to work on during the season. That just allowed my confidence and my belief in my abilities to skyrocket and with the help of my teammates, that all kind of contributed to my success this year.”

When Evans comes to Seattle, it will not be his first visit to the area, as he has faced the Silvertips and Thunderbirds during his WHL career. He mentioned the Thunderbirds “Gotta have some of the best fans in the league, and just knowing that, I’m excited.” He also referred to the Seattle sports fanbase as “passionate” and expects the rowdiness of its resident WHL teams to carry over to the NHL culture.

11:01AM – In the third round, the Kraken looked to the other side of Canada and selected Ryan Winterton, a 6-foot-2, 175-pound right wing from the OHL’s Hamilton Bulldogs. Since the OHL was completely shut down during the 2020-21 season, Winterton did not get to play competitively this year, except with Team Canada at the IIHF U18 World Championship in Texas.

At the U18’s, Winterton helped his country win a gold medal and had a good showing, notching two goals and two assists in seven games. During the long layoff, he kept busy by playing in some pick-up games arranged by his agent and says he benefitted from being able to at least play some five-on-five hockey on occasion before the U18’s, a luxury that many of his OHL counterparts did not have.

Born in Sept., 2003, Winterton was one of the youngest players available in this NHL Entry Draft, but he comes across as quite mature, considering he is just 17 years old. He is known for his relentless work ethic and two-way play, not unlike top-pick Beniers.

He agrees this is a fair generalization of his game. “I’m always a competitor, [and that’s] always useful on any team. Just competing to the best of my ability and then doing whatever I can for the team,” Winterton said after being selected No. 67 overall. “You have to play that way to enter the NHL. I need to get more work done in the offseason and stuff, but I think next year’s going to be a big year for me competing.”

12:07PM – With the No. 99 overall pick, the Kraken made their first international selection, taking Finnish defenseman Ville Ottavainen. At 18 years old, Ottavainen is quite sizable at 6-foot-5, 210 pounds, but reports indicate he can get up and down the ice with relative ease thanks to a powerful skating stride.

Ottavainen has had an interesting journey over the past couple of years, as he played in the OHL for the Kitchener Rangers in 2019-20, then went to Finland on loan in 2020-21. There, he worked his way up to SM-Liiga, the nation’s top pro league, and appeared in 22 games for JYP, notching a goal and two assists.

Sadly, there was no media availability for Ottavainen on Saturday because, well… Finland.

1:39PM – We’re pausing this post for now to go catch the team’s media availability, but we will be back later in the day to close out Seattle’s last couple picks.

5:00PM – Ok, media availability is over, so we’re playing catchup now! The Kraken really managed to run the gamut of leagues today, and took their first pick out of the QMJHL with Jacob Melanson of the Acadie-Bathurst Titan at No. 131 overall. Melanson is a right winger (so the oscillating between forward and defense continued to this point), who had 19 points in 18 games with the Titan during a shortened 2020-21 season. He played the previous year with the Quebec Remparts, where he posted 10 points in 39 games.

Though not enormous at 5-foot-11, 190 pounds, FC Hockey’s scouting report on Melanson indicates that he plays with a lot of physicality and can bring value by grinding out battles for loose pucks.

Melanson had a tough season two years ago in Quebec. He broke his collarbone, recovered, and then got hurt again. He also didn’t think he was getting much of a chance with the Remparts, so his agent facilitated a trade to Bathurst, where he really turned it on after showing up for camp in what he said was the best shape of his life. Healthy and with a better opportunity with the Titan, Melanson feels he showed what he can do on the ice this past season.

Aside from the recent injuries, he also grew up commuting over an hour to get to his youth-level practices and games and did that for most of his life. So Melanson’s journey to this point has taken a real commitment from himself and his support system.

He considers himself a two-way forward, but agrees with the analysis about him, stating, “My physical presence is probably the biggest part of my game and my scoring touch. I’m a fast guy, but I also need to work on my skating if I want to make it to the next level, so that’s what I’ll be working on the next few years, and hopefully I’ll be a Kraken one day.”

5:16PM – The Kraken rounded out the day with netminder Semyon Vyazovoi in the sixth round and forward Justin Janicke in the seventh.

Vyazovoi comes from Tolpar Ufa in the Russian junior league, where he has been stellar, posting a .939 save percentage and 2.06 goals against average in 26 games last year. He participated on the international stage for Russia at the U16 and U17 levels but did not see much playing time.

Janicke is a native of Maple Grove, Minn., and has been playing for the US National Team Development Program for the last two years. He was part of a silver-medal-winning Team USA at the 2019 U17 World Hockey Challenge, where he had five points in six games. Like all the other forwards taken by Seattle before him, Janicke plays a good two-way game.

We did not get to hear from Janicke or Vyazovoi following their selections.

5:29PM – Kraken general manager Ron Francis and director of amateur scouting Robert Kron seemed quite pleased with how things played out on day two of the NHL Entry Draft. Kron mentioned that he didn’t feel they had to deviate much from their plan at all, and both he and Francis seemed especially excited about the selection of Ryker Evans.

Up next is free agency, which opens on Wednesday. The Kraken have about $30 million in salary cap space, so they will be active, but it’s unlikely they will spend all the way to the cap before the start of the season. “We’ll certainly look to spend in free agency, but where we are and with the cap, it’s going to be hard to get to that. Unless we get every guy we go after, which usually doesn’t happen,” Francis said after the draft.

Thanks for following along, folks!