Where does free agent signee Alexander Wennberg fit in the Seattle Kraken lineup? 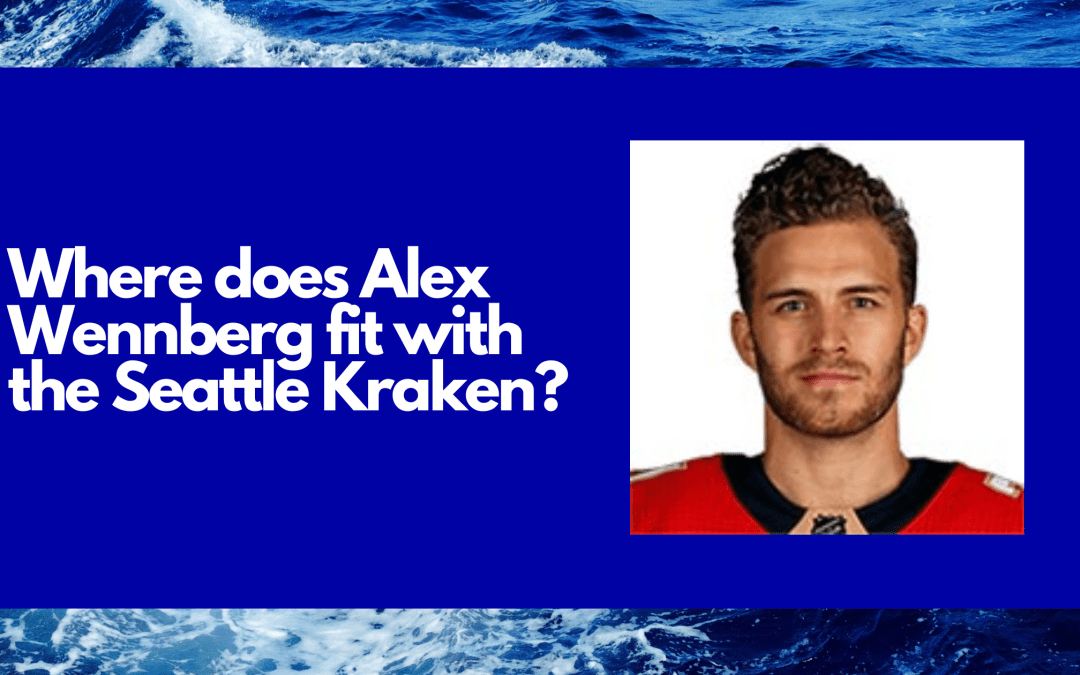 Everyone likes a donut, except for maybe on a hockey roster. After the Expansion Draft, the Seattle Kraken were light in the middle, like a donut. The team addressed that hole Wednesday by signing center Alexander Wennberg to a free agent contract.

Wennberg, 26, is listed at 6-foot-2, 197 pounds and is a veteran of 471 NHL games, which includes six seasons with the Columbus Blue Jackets and this past year with the Florida Panthers.

“Alexander is coming off of his best goal-scoring season to date and gives us an offensive-minded center down the middle,” Seattle Kraken general manager Ron Francis said Wednesday via press release. “He’s still young and we think he has room to grow even further as he has taken large strides in each of his last few seasons. We like his combination of size and skill and think he will fit well with our group.”

The deal was reportedly a three-year contract coming in at $4.5 million a year.

Who is Wennberg and how will he fit in with the Seattle Kraken?

Alexander Wennberg by the numbers

Last season was indeed Wennberg’s best goal scoring season as he notched 17 goals in 56 games for the Panthers. Over his career, he’s tallied 57 goals, 173 assists, and 230 points.

Can he score at that rate for Seatte?

If he regresses back towards his career average, expect the goal scoring rate to come down as well.

The good news is that his underlying possession numbers are strong.

At five-on-five he had a positive Fenwick number of 53-percent and his expected goals (xG) number was just above 50 last season. Unlike his shooting, these numbers last year are consistent with his career numbers. His possession numbers have been in the positive for each of the last five seasons.

The possession numbers are made more impressive and encouraging when you consider Wennberg has never been a plus-50 percent faceoff winner in the NHL.

Where does Wennberg fit in Kraken lineup?

Wennberg is still young but is not an elite center. His possession numbers are a positive and he will win shifts, getting the puck into the offensive zone.

Is he a No. 1 center? On a Kraken roster that doesn’t yet have a true and clear top center, Wennberg should be in the mix. Playing Wennberg alongside some finishers like Jordan Eberle, Jaden Schwartz, and Joonas Donskoi – all of whom consistently get shots off and shoot in the teens – could create a productive line.

With Florida last year, most of Wennberg’s minutes were spent playing between Patric Hornqvist and Jonathan Huberdeau, and the trio was one of the Panthers’ top lines. Wennberg definitely benefited from two scoring wingers but managed on his own. In the limited time (three minutes a game) on the ice without both Huberdeau and Hornqvist, he still put up positive possession numbers (53 percent FF) and a xG of 64 percent.

Wennberg won’t carry a line by himself but can be a very complementary center and be productive for the Kraken if deployed properly.

Francis said Wednesday that he sees Wennberg in the top six and praised his defensive play, hockey smarts, and play in all three zones of the ice.

“He was the guy that kind of went on the ice and calm things down and I think he’s a smart player,” Francis added. “You know I think he could play in all three zones… (he has) the skill set to play the powerplay so hopefully last year was just the start for him and he can continue to get better from that moving forward.”