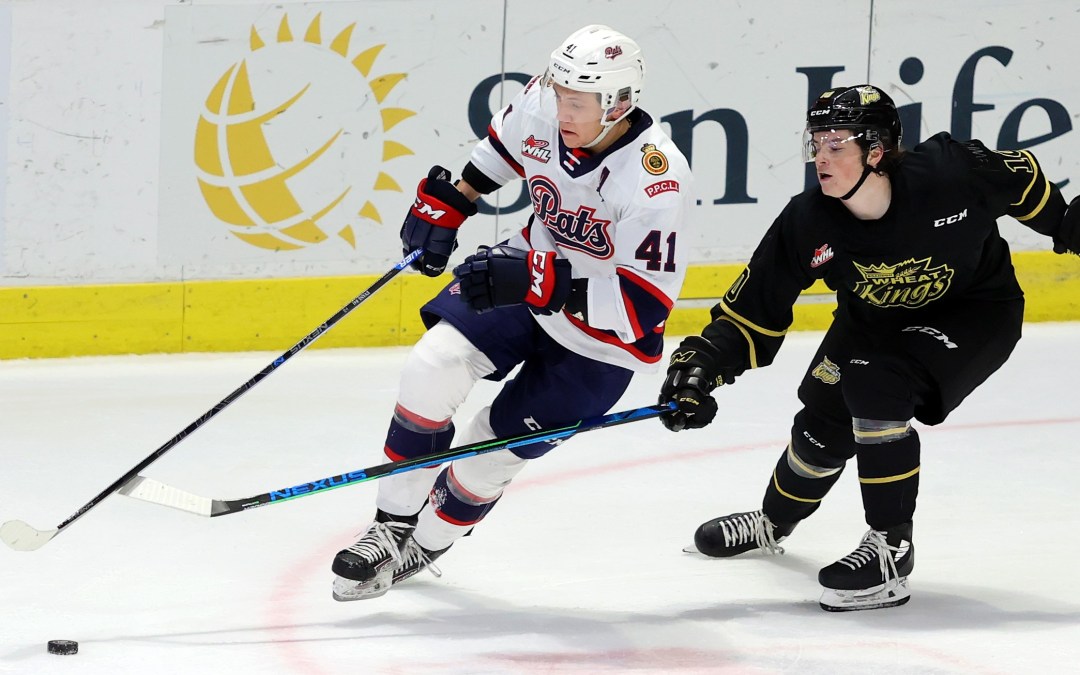 After a year of having their play watched, scrutinized, and nit-picked, seven prospects heard the Seattle Kraken call their names during July’s NHL Draft. It’s a dream come true for any young hockey player, and while a big sigh of relief was in order, the scrutiny is far from over.

Those seven players are in for more viewings by Seattle scouts and Kraken player development personnel this year and beyond, as the club decides if they want to sign the new prospects. So, the scouting continues.

According to Kraken director of amateur scouting Robert Kron, his scouts, along with Troy Bodie, director of hockey and business, Palm Springs, will be checking in on the Seattle prospects to see how development is progressing.

“We’re gonna be watching them for sure,” Kron says.

Kron adds that the viewing is under way as fifth-round pick Ville Ottavainen has been on the ice. The defenseman is playing this coming season for JyP in the Finnish Liiga which is in its preseason. Ottavainen has played, and the Kraken were there to watch.

The Kraken drafted these players so what are they looking for this year?

“You know, you kind of have a general idea of their strengths and weaknesses so that’s what you communicate to them,” Kron says. “As soon as you draft them, you’re allowed to talk to them. You kind of do the math, this is what you’re doing well, this is a worry and what you’re wanting them to improve. It’s constant communication throughout the year, it starts from day one, even if we’re not signing them right away.”

They’ll meet with the players and their coaches to check in. They don’t, however, tell the player’s current team how he should be deployed. NHL teams are hands off when it comes to playing time and roles, but Kron says that some teams, especially in the CHL, will let them work with players on the ice if they wish.

“The CHL teams are very welcoming about that. It’s sort of hard in Europe,” Kron says. “I think it’s important to keep in touch with the guys every time you’re in the rink and one of your guys is playing. Just after the game to say, ‘Hey, we’re here.’ The conversation goes a long way for them and for us.”

Some of the prospects will be in training camp with the Kraken. Kron says that the European prospects won’t be there, but a couple of the other players should be in attendance. After training camp they’ll be returned to their amateur teams for the season.

With the prospects not in Seattle it makes continuing to track their progress a vital task.

Where will the Seattle Kraken prospects play this season?

Beniers was Seattle’s first-round pick, taken at No. 2 overall, and it was announced last week that he would return to the University of Michigan for his sophomore season.

This wasn’t a shock and is no reason for alarm.

While the six-foot-two center appears to have skill enough to play in the NHL, returning to college after a COVID-affected season may be the appropriate avenue. Beniers will again be able to play in the World Junior Championship for the United States and will join a Michigan roster that features four of July’s top-five picks in the NHL Draft.

Michigan hockey can be found on the Big 10 Network with some regularity this season.

Seattle raised some eyebrows when it picked Evans early in the second round with pick No. 35. The Regina Pats defenseman will play in the WHL this season after leading the league’s blueliners last year with 25 assists.

Evans will be an over-ager in Regina – WHL rules allow for three 20-year-olds on the roster – and will play with budding superstar Connor Bedard again this season.

Bedard was the first player ever given an exception to play in the WHL at 15. He burst on the scene in 2021 and led the league in scoring prior to leaving to play for Canada at the U18 World Championship. Playing with a superstar helped Evans when it came to his numbers. In 15 games, nine of Evans’ assists involved plays that Bedard also figured in the scouting.

NHL scouts look beyond the numbers, though, and Kron says that Evans’ stock grew from watching him play with a superstar.

“It’s not always easy to play with the superstar players,” Kron adds. “You need to be on a level of seeing the things that they do too. These players, even at a young age, they see the game a little bit differently. Let’s say for example Ryker reads off Bedard and they have a chemistry. That tells you something, you know, this kid can play with high-end talent and he is himself actually very skilled and very advanced.”

Evans’ skill was proven when he continued his scoring, adding 16 assists over the final nine games of the season, after Bedard left.

To watch Evans and the Pats this season you can stream games on CHLtv.

In the third round the Kraken took Hamilton Bulldogs center Ryan Winterton. His only action last year came in seven games at the U18 World Championship after the OHL canceled its season. Despite the small sample size last season, Kron says that they got a good look at him at the U18’s and are comfortable scheduling the normal amount of post-draft viewings this season.

Winterton was known to the Kraken scouts because they were able to see him during his rookie year in Hamilton, where he scored 23 points in 53 games as a 16-year-old.

He’ll be back with the Bulldogs this season.

“We talked to Hamilton, and we know that he’s gonna play big minutes, so we’re not worried about that,” Kron says. “He needs to improve a lot of things, as they all do. They’re young kids and there’s a lot of work to be done. But with him, like he’s six-foot-two, 180 pounds, kind of a wiry kid so he’ll have to put a little bit of meat on the bone.”

Like Evans, Winterton’s Hamilton Bulldogs games are streamed on CHLtv.

Ottavainen was pick No. 67 for the Kraken, selected in the fourth round. He’ll stay in Finland this coming season and play in Liiga. The big, six-foot-five defenseman played for JyP last year and recorded three points in 22 games.

Pick 131 brought the Kraken Melanson from Acadie-Bathurst of the QMJHL in the fifth round. Melanson will return to the Titan after a productive 19 points in 18 games last year. You can catch his games on CHLtv as well.

Seattle went with the Russian goalie in the sixth round of the draft, and he is expected to return to the junior MHL this coming season. Kron says that Vyazovoy has an outside chance of cracking the KHL as a third goalie but Seattle wants him to get playing time, which might be more plentiful in the MHL.

Janicke was nabbed by the Kraken in the seventh round after he played last season in the USHL for the United States National Team Development Program. He’s committed to play NCAA hockey with Notre Dame and will take the ice as a freshman this fall.