Kraken Offseason Superlatives: Who to watch in preseason 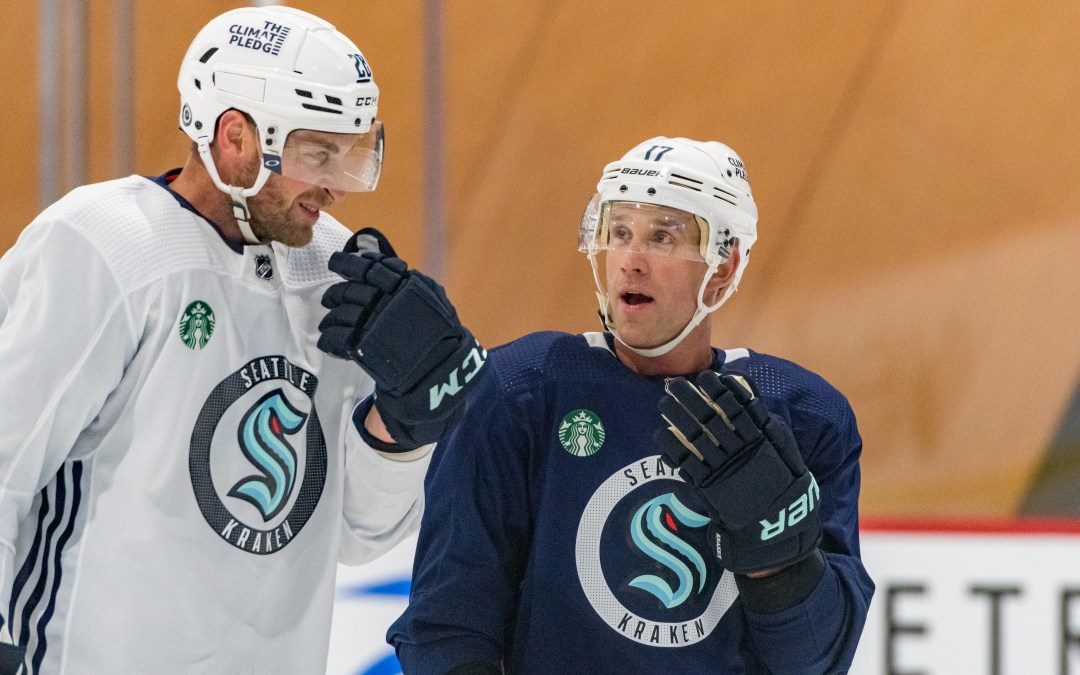 Training camp is just a week away, and it’s time to put a bow on the offseason. This feels like a good time to look back and consider some of Seattle’s biggest moves in preparation for its inaugural campaign. Here’s our best attempt to assign superlatives to all the Kraken’s roster-building moves this summer.

Goaltender Philipp Grubaer is another option here, but due to the Kraken’s scarcity of options up front, Schwartz is my pick.

Schwartz, who signed a five-year $27.5 million contract with Seattle in the offseason, is defensively sound on the wing, but isn’t as consistent offensively as some would hope. The 29-year-old’s best years in the league, 2014-15 and 2017-18, came with shooting percentages above 15 percent, but those seasons were followed with a lack of production.

Schwartz was an integral member of St. Louis’ Stanley Cup-winning squad in 2018-19, notching 20 points in 26 games during the playoffs. The Kraken will likely need that version of Schwartz to show up in 2020-21 to produce enough offense in their inaugural season.

Impactful centers aren’t easy to find, but the Kraken selected one from Tampa Bay that can be the franchise’s cornerstone in year one and beyond.

Gourde, 29, is a two-way center that forechecks like hell, kills penalties, and can chip in offensively. His presence in the lineup will be instrumental in a successful first season.

Unfortunately for Seattle, Gourde will miss the start of the season, after undergoing offseason shoulder surgery. The Kraken’s ability to weather his absence could make the difference between a winning season and a losing one.

Driedger’s case is more intriguing due to his fit on the roster than his actual play.

The 27-year-old netminder was fantastic for Florida in a split role with Sergei Bobrovsky last season and figured to be Seattle’s top goalie after his selection in the Expansion Draft. That changed when the Kraken inked Grubauer to a six-year $35.4 million contract in the offseason.

Kraken general manager Ron Francis said plans changed when they realized Grubauer was an option in free agency, but how Driedger is handled will be fascinating. Will he be in a true tandem split with Grubauer or will be used more sparingly? Can he produce similarly to how he did in Florida? Is he frustrated with being second fiddle to start another season?

It will be an interesting situation to monitor.

Donato, a recent Kraken signing, has had a turbulent career since breaking out with the Bruins in 2017-18 with nine points in 12 games. But since then, Donato has struggled with inconsistency.

At just 25-years-old, Donato is an interesting low-risk, high-reward bottom-six forward that can chip in offensively.

Alexander True is another good option here, but Morgan Geekie, a former star with the Tri-City Americans, will be an interesting player to watch.

The Kraken’s choice from Carolina never developed more than just a bit role with the Hurricanes, but the 23-year-old forward was enticing enough for his former GM Francis to take him over Jake Bean —  another former Americans star, who many believed would be Seattle’s pick.

Jared McCann is a trendy choice for this distinction, but Dunn is my pick here.

Regarded as an analytics darling with the Blues who was never trusted with playing top-tier minutes, Dunn, 24, should see an increased role with the Kraken. The big question is: Can that efficiency carry over when he’s entrusted with more minutes? That’s the million-dollar question on what’s already shaping up to be a sturdy defensive unit in Seattle.