What the Seattle Kraken have in newly signed forward, Ryan Donato 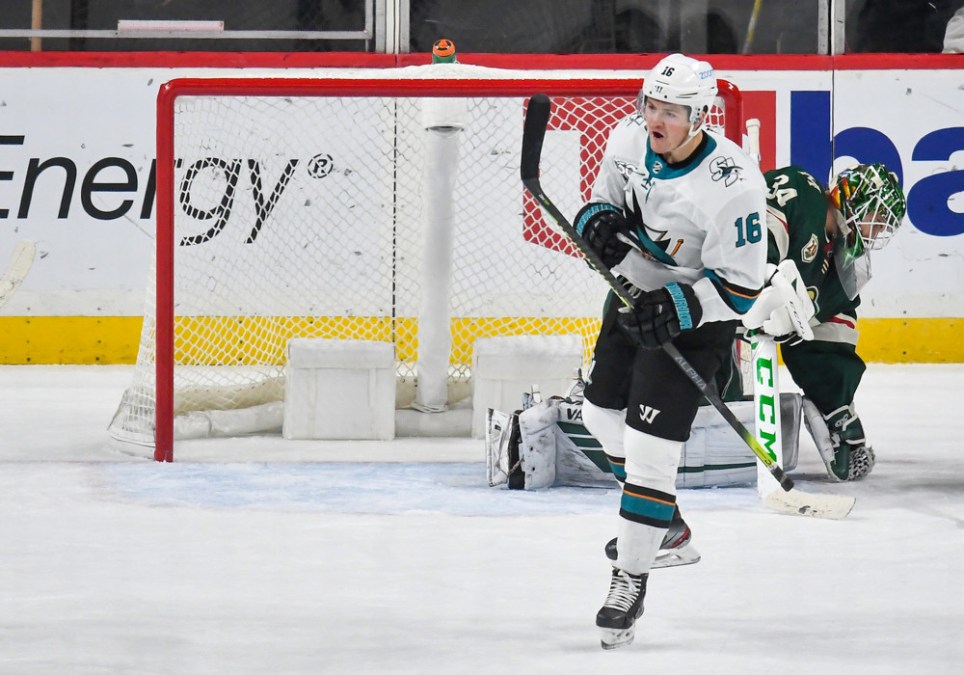 With the opening of training camp fully in sight, the Seattle Kraken made one more move to bolster the forward depth on their inaugural roster last week, signing 25-year-old Ryan Donato to a one-year, one-way contract worth $750K.

It’s an intriguing signing for a couple of reasons. First, Donato is coming off of a two-year contract that paid him $3.8 million in total, so with that in mind, he could end up being a bargain if he excels in a potentially elevated role with the expansion franchise. Second, the Kraken have signed a plethora of middle- to bottom-six forwards on one-year contracts this offseason, and the addition of Donato to that group creates more competition for some of the players that may have already been on the bubble to make the NHL roster.

Donato joins the Kraken after a season and a half each in Boston and Minnesota, then one season in San Jose. His best year came with the Wild in 2018-19 when he played much of the year on a line with Mikko Koivu and Ryan Hartman and posted 14 goals and nine assists in 62 games. In all, Donato has 35 career goals and 42 career assists in 180 regular-season games.

How Donato’s role gets defined when Seattle breaks camp will certainly be worth monitoring, as will the fates of players like Morgan Geekie, Alexander True, and Carsen Twarynski, to name a few.

A Boston kid lives out his dreams

Ryan Donato’s father, Ted, retired from a long NHL playing career in 2004 and quickly became the head coach for the men’s team at his alma matter, Harvard University. Ted Donato had been behind the Crimson bench for a decade when Ryan matriculated and joined the team as a freshman for the 2015-16 season.

College hockey in the Boston area is special. Four major programs inhabit the city, along with the Bruins at the NHL level, making the area a hotbed for the sport. Those four major college programs get together annually for the Beanpot, a nationally covered tournament for bragging rights that pits Harvard, Northeastern, Boston College, and Boston University against one another at a packed TD Garden. Youth hockey players across the region dream of one day playing in the tournament, regardless of where their collegiate allegiances lie. Donato was one of those kids.

Playing for his father, Donato helped the Crimson do something they hadn’t done in 24 years by winning the prized Beanpot championship in 2017. He calls the tournament something he “always wanted to win as a kid,” and he played a big role in pushing Harvard past a BU team that featured the likes of Jordan Greenway, Clayton Keller, Kieffer Bellows, and Jake Oettinger. Donato scored a highlight reel goal to help seal the Beanpot final (at about the 5:45 mark of the below video).

That Crimson team also advanced to the NCAA Frozen Four for Harvard’s first appearance since 1994, but lost 2-1 to Minnesota Duluth in the semifinals. In his third and final year at Harvard, Donato was a Hobey Baker Award finalist and the Ivy League Player of the Year after posting 43 points in just 29 games.

The impressive ride through the amateur ranks didn’t end at Harvard for Donato, though. With NHL players being held out of the 2018 Winter Olympics in PyeongChang, he got the call to play for Team USA before vaulting right into the Bruins lineup later that season. “Participating in the Olympics was a complete— man, it was a blessing, it was unbelievable, it was a great experience,” Donato said. “And then, in the NHL, I got to play for my home team, which was nice and the team that I grew up watching in Boston.”

He was able to draw some similarities between playing in those Olympics and joining an expansion franchise in its first season. “We basically were all new guys playing on different teams that met up when we had two or three weeks, and then we were playing in the Olympics,” Donato recalled. “So I think that’s similar in the sense that you’ve got a group of guys that don’t really know each other. You might have played together in the past or played on different teams against each other, but now you’re all coming together. And, you know, you got to have that team chemistry right away, which really isn’t that easy to form that fast.”

How will Donato fit into the Kraken lineup?

If you’re scratching your head to figure out how all those players on one-year deals can slot into the Kraken lineup, you’re not alone. Donato himself isn’t sure where he fits yet, but he believes that if he gets an opportunity, he will contribute, as he has already shown he can do on his previous NHL teams.

“I think, personally, I just have the confidence. I know that any time that I’ve been put in a position to succeed, I’ve done well with it,” Donato said. “And it’s just a matter of keeping that position.”

It has been a pattern that Donato’s ice time has dwindled later in his tenures with his previous NHL teams. On whether or not he feels he should have gotten more time in higher roles in the past, he thinks he probably deserved more, but to him, that’s just the nature of a professional hockey player. “I think if you ask any player if they deserve more ice time, I think they would say yes,” Donato said. “Every guy in every organization on every team thinks that they deserve more, it’s just a matter of proving it.”

Donato knows that he does still need to prove to Seattle head coach Dave Hakstol and his staff that he can do the little things on the ice that help the team win. “When I do those things, the coach is more willing to give me those opportunities that I succeed with. So I think it kind of goes both ways. You know, you’ve got to earn those responsibilities, but whenever I’m given those responsibilities, I usually do pretty well.”

The challenge for Donato is that for much of his NHL career to this point, he has played bottom-six roles, where the focus is more on stopping the opposition from scoring than it is about producing offensively. But he’s a shoot-first player that was clearly bred to put up points, as demonstrated by his eye-popping numbers at Harvard and by his performance at the PyeongChang Olympics, where he tied for the tournament lead in goals.

The lasting question for him as an NHL player is whether he can be successful enough playing on lower lines to get extended opportunities on top lines. Still, as far as Donato is concerned, wherever he ends up in Seattle’s lineup, he believes he can contribute. “I’m not too sure where exactly I’m going to slot in, but for me, I know I’m confident playing in any position in any part of the lineup.”

“Everything has been top notch”

After a summer of uncertainty about where he would play this season, Donato is ready to get started with the Kraken and has so far been impressed with what he’s seen from the fledgling organization. “Everything has been top notch. I mean from getting to know the guys and communication between players and coaches and staff and the equipment guys, the medical staff, trainers, the food, just everything has been top notch.”

Donato also raved about the new Kraken Community Iceplex, where the team has been holding informal practices in the lead-up to training camp. “The new facility, obviously, is unbelievable. I mean, it’s kind of an understatement to say that, but it really is unbelievable. They’re really trying to set us up for success here.”

Will Donato himself be set up for success? If he gets opportunities to show that he can produce, Seattle could end up getting great value out of Donato. But Donato also needs to seize those opportunities to rise above the bottom-six logjam that now exists on the Kraken roster.