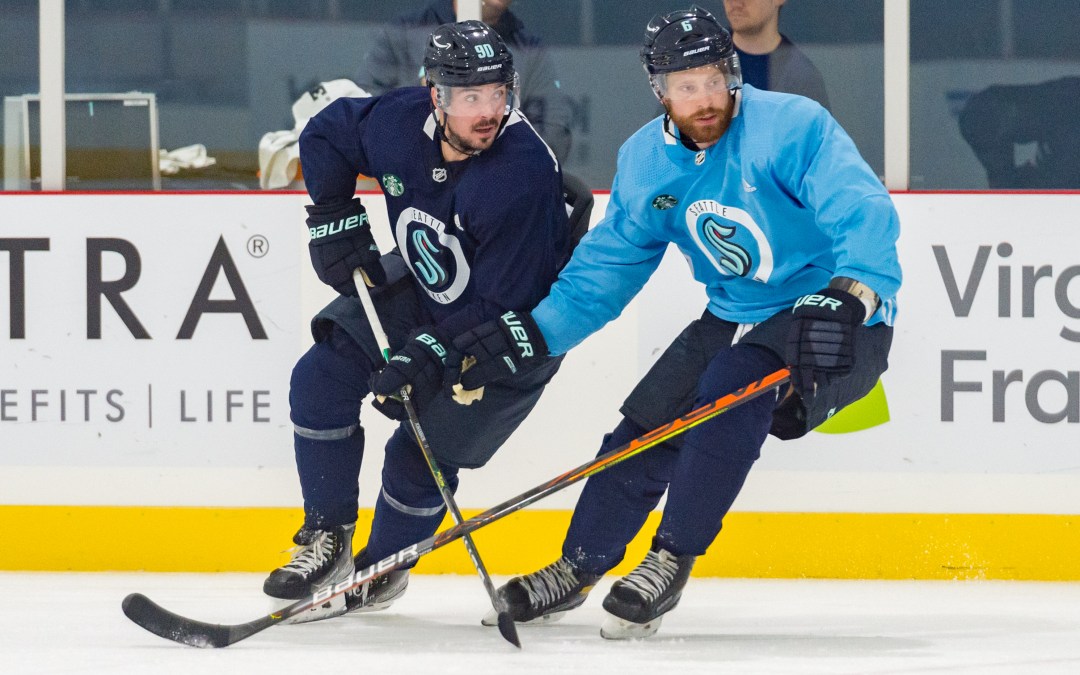 The time has come! Here is a quick pre-game video from our own Andy Eide and Darren Brown, as well as the projected Seattle Kraken lineup as they get set to take on the Vancouver Canucks.

We’re hoping you’ll use the comments section on this page as your landing page to communicate with your fellow Kraken community members during the game.

Everyone be nice to each other, though, please!