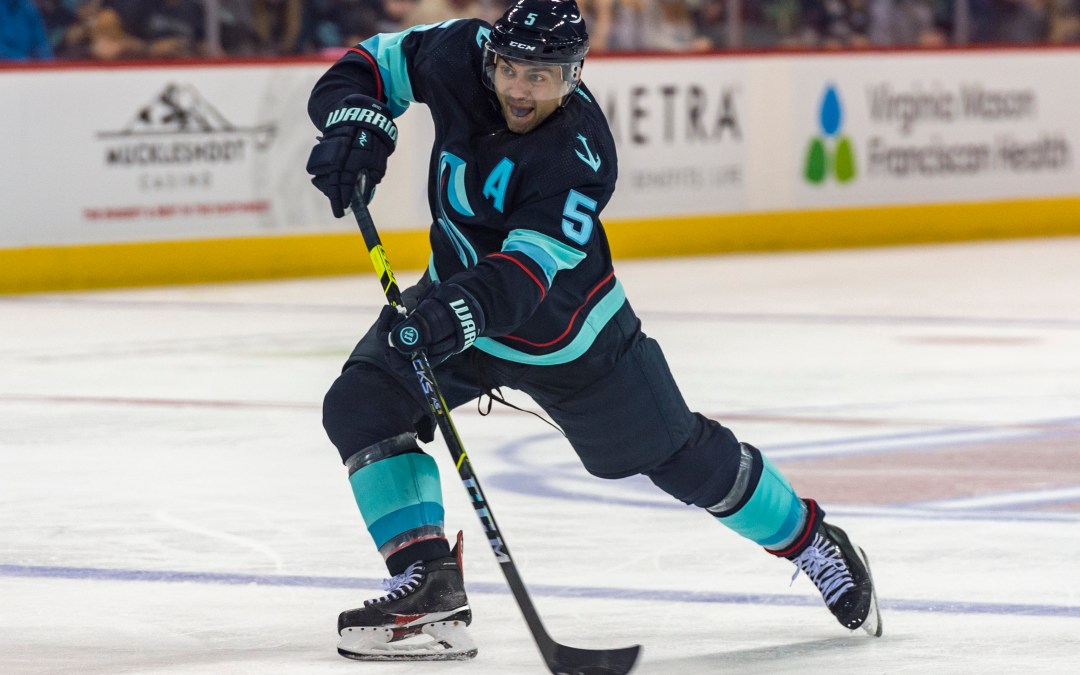 After things got ugly for the Seattle Kraken last night in Edmonton, they will look to have a preseason version of a bounceback tonight against the Flames in Calgary. The whole team went on this trip to Alberta, so if they didn’t dress for last night’s game, they are dressed tonight, except for Alex Wennberg, whose fiancée just had a baby, and Yanni Gourde and Colin Blackwell who are injured.

Jaden Schwartz, Jared McCann, and Jordan Eberle all slide back in tonight after sitting in Edmonton. That trio made up Seattle’s top line on Sunday in Spokane, and all three were important pieces of the win, with McCann looking dominant at times.

Also back in the lineup are starting goalie Philipp Grubauer and top defenseman Mark Giordano, who will play his first “game” back in Calgary after his 15-year run there came to an end at the Expansion Draft. There should be some conversation happening on the ice between Giordano and his former mates.

We also will see the preseason debuts of Cale Fleury and rookie Jacob Melanson.

The Flames have a decent lineup going, with Matthew Tkachuk, Johnny Gaudreau, and Mikael Backlund all expected to play, among others.

This game will again be aired on KONG. We heard that some folks successfully watched Tuesday’s game on the Edmonton Oilers’ website, and the Flames have indicated that they will be streaming tonight’s game on their site. That link does not indicate any restrictions or blackouts, so it’s worth a try if you don’t have a way to get the game locally on TV.

Here is our projected Kraken lineup. Being that morning skate was in Calgary (and we are not in Calgary), the lines are a bit of a guess, but the players included are correct.