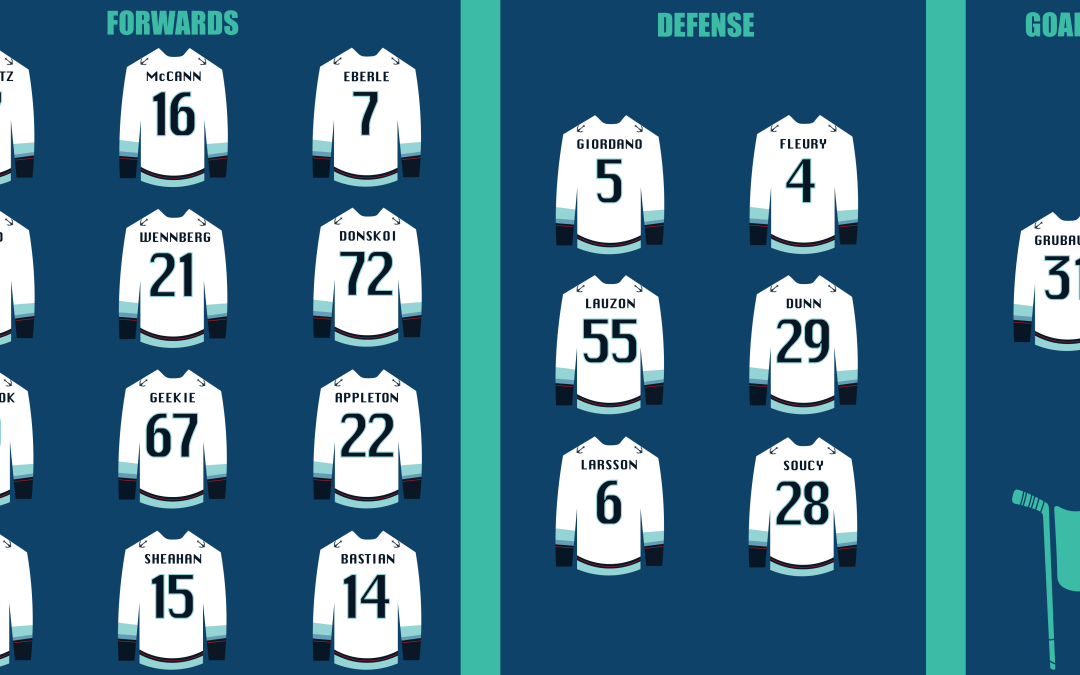 Sick of preseason? Of course you are. BUT! BUT! It’s the Kraken’s LAST preseason game tonight in Vancouver, which means you’re getting something that will look very close to Seattle’s initial roster.

Recently, coach Dave Hakstol implied that the last preseason game could be a dress rehearsal for opening night, but in the same breath cautioned us, saying that may not be the case for this particular group. And he’s probably being truthful in that statement because a guy like Marcus Johansson, for example, is going to end up on the team but is not dressing tonight.

There’s also the Yanni Gourde factor to consider. He’s been downplaying his readiness and the fact that he switched out of a red non-contact jersey the last two days, but one can’t help but wonder how far off he truly might be.

If Gourde’s return is imminent, and he’s ready to go within the first few weeks of the regular season starting, then that changes the entire makeup of Seattle’s lineup for the better. In that case, Hakstol’s cautioning on line combinations and the initial roster will be validated.

What we have tonight probably is not the exact lineup that we’re going to see for the season opener in Vegas next week, but it is darn close. Worth noting, the all-Swede line has been broken up with Johansson out of the lineup, so Hakstol has really put Ryan Donato in a position to succeed here.

Philipp Grubauer will go the distance this evening, which we have not seen him do before. He has looked dialed in at practice of late and was solid in his most recent preseason appearance, so keep an eye on the Kraken’s No. 1-A goalie tonight.

After Seattle mostly dominated and won 5-3 in Spokane two Sundays ago against a largely AHL roster, we were expecting to see a slightly more seasoned group this time around. That still doesn’t appear to be the case, though, as the Canucks are not yet in dress rehearsal mode. They still have two preseason games to play after tonight, so they are saving a lot of their veteran players.

We will see a better top line in Tanner Pearson, Bo Horvat, and Nils Hoglander, plus an NHL goalie in Thacher Demko. But Brock Boeser, Elias Pettersson, and Quinn Hughes will not participate tonight, among others.

We still will not be comparing apples to apples as we dissect tonight’s game, but this is what the Kraken have to work with. On paper, Seattle really should be the better team tonight.

Here’s our projected lineup, based on what Hakstol said after morning skate.