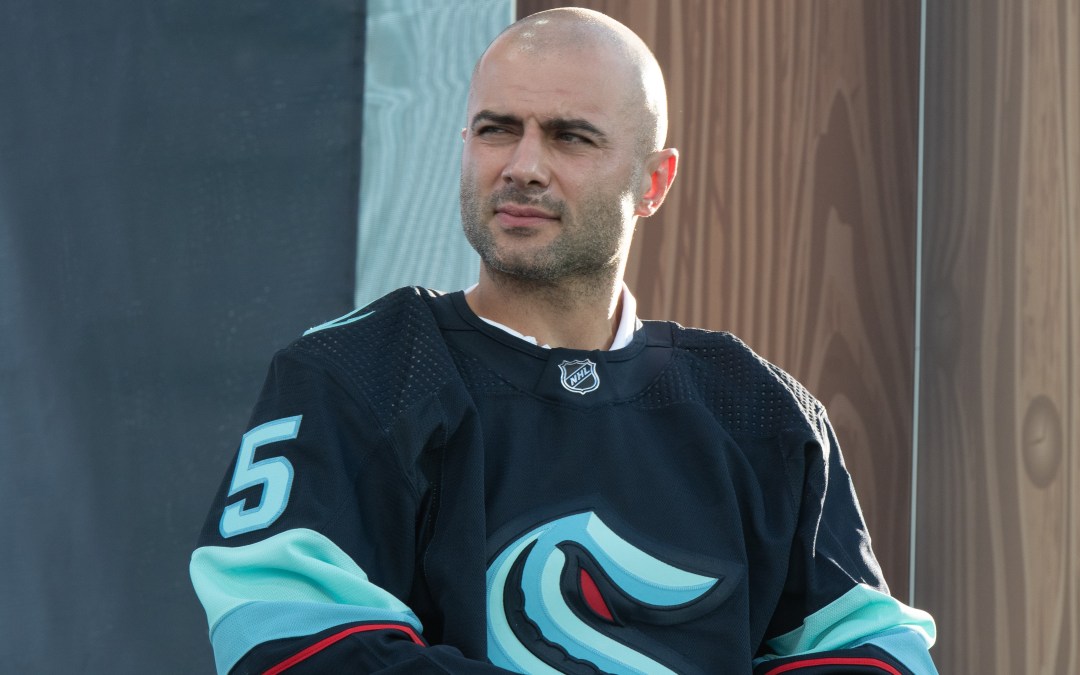 Every NHL hockey team faces adversity at some point in its seasonal journey. When it happens and the intensity with which it hits are the variables, because dealing with the unexpected is… expected. Adversity will happen. Of course, there’s the matter of how well the team can manage through those challenges. While adversity is always hiding around every corner, waiting to rear its ugly head, no coach expects to have it strike for the very first game in the history of a franchise. But that is what Dave Hakstol and the Seattle Kraken are encountering now, as five players have popped up on the Covid protocol list just one day before the team’s inaugural season opener in Vegas.

Calle Jarnkrok had been missing from practice since Friday and was confirmed to be in Covid protocol. Since then, we began seeing more stringent procedures in place at the Kraken Community Iceplex. On Monday, when several more players were missing from practice, you just knew something was up.

Media availability after Monday’s skate was initially focused on the Kraken naming Mark Giordano as the first captain in franchise history, but the conversation was facilitated via Zoom—not in person—for the first time since the opening of training camp. Making things even more obvious that the Covid situation had worsened, the podium was being sanitized every time a player finished his availability.

When Dave Hakstol finally took his spot at the microphone, the first question was on the status of the players that were missing from Monday’s practice. That’s when he confirmed that Jared McCann, Marcus Johansson, Jamie Oleksiak, and Joonas Donskoi had joined Jarnkrok in protocol.

So, if you’re scoring at home, that’s five regular players in total that we don’t expect to be available for Seattle in its first-ever game Tuesday against the Vegas Golden Knights. Yanni Gourde and Colin Blackwell also remain unavailable due to injury, so the full-time NHL lineup that we expected to see for the first time Tuesday has been seriously impacted.

Hakstol indicated that the team had a lot of decisions to make, as it needed to determine which players to recall from AHL Charlotte on short notice. It’s also possible that Alex Barre-Boulet—claimed off waivers by the Kraken from Tampa Bay on Monday—could slot right in.

“We’ve already started working toward that plan,” Hakstol said. “Things happen quickly and sometimes at inopportune times. There’s different challenges you go through throughout the season. This is one of them for us, early on. We have some decisions to make as we go through the day. We’ll do that, and we’ll be ready to play as we get into Vegas [Monday night].”

We should have a better handle on who will and won’t play Tuesday morning, but for now, expect the roster for the very first game to have more of a preseason flair than we anticipated.

Simply fielding a whole roster for Game 1 was certainly not a hurdle Hakstol and staff expected to have to clear. We shall see how Seattle handles this remarkably early adversity.

Giordano being named the first captain in franchise history was supposed to be the biggest news on Monday. Yanni Gourde, Jaden Schwartz, Jordan Eberle, and Adam Larsson being named alternate captains was supposed to be the second-biggest news. Instead, here we are halfway through the story before we’re even really touching on it, thanks to the Covid bombshell mentioned previously.

Now, this really is huge news in the grand scheme of things. All of the players earning letters indicated in their Zoom pressers that they expect to lead to the best of their own respective abilities, and the alternates all sang the praises of Giordano.

“I think for me it was an easy decision,” said Eberle about Giordano being named the team’s captain. “I’m from Calgary, and live there in the summertime, and a lot of people don’t know… Obviously they see the work he puts in on the ice and the leadership capabilities that he has. But being from Calgary, I know firsthand the leadership role that he has in the community, whether it’s charities or- the little things that he’s doing inside of Calgary. So we’re lucky to have him, and it’s an easy decision in my mind.”

Eberle was referencing the nine seasons that Giordano spent with the captain’s ‘C’ on his Flames sweater. So, this certainly isn’t Giordano’s first rodeo, but this time is a little different for the veteran blueliner, as he now comes into the role with experience.

“I think a captain of a hockey team has to be a guy who brings the guys together but relays the message from management and coaching to the players,” Giordano said. “So I’m looking forward to it. Again, it’s a great responsibility, but I can’t be more thankful to the organization for placing that trust in me.”

Giordano always felt like the no-brainer, slam-dunk candidate for the captaincy based on his impressive credentials, but one can’t help wondering how long it will last. After all, he is 38 years old and is in the final season of a six-year contract. Will he be with the Kraken next season? What about beyond the trade deadline this season?

Clearly, his captaincy is not expected to be one that lasts forever, but making Giordano the official leader for the inaugural year makes all the sense in the world… for now.