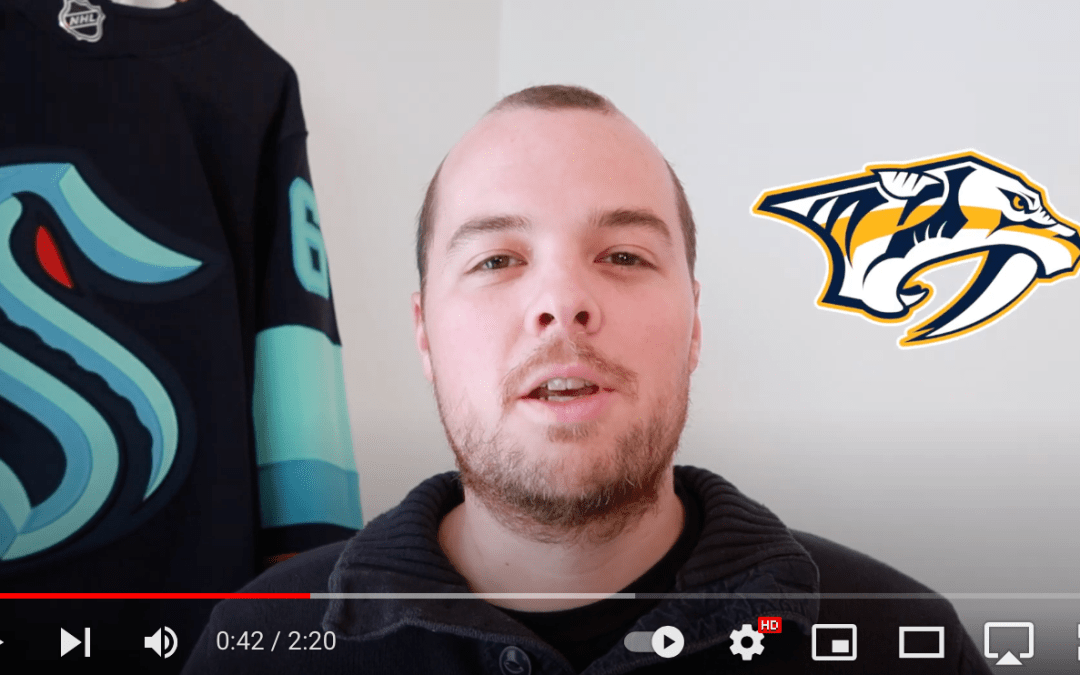 Thursday night’s game shall live on in the minds of Kraken fans everywhere as the first glimpse they got of Alex Barre-Boulet… maybe. Those fans are also hoping for a more favorable outcome in Game 2 than they saw in Game 1, when the Kraken battled back from 3-0 down to level the score with the Vegas Golden Knights, only to concede a questionable game-winning goal just seconds later.

Barre-Boulet, claimed on waivers earlier in the week from the Tampa Bay Lightning, is slotting in for Marcus Johansson who is out indefinitely with a lower body injury. Apparently the Johansson injury happened in the Vegas game, but it’s hard to say when it happened as he played the whole game. It’s also a tough blow for Seattle, because the second line with Johansson, Alex Wennberg, and Joonas Donskoi really did look good Tuesday.

What the Kraken have in 24-year-old Barre-Boulet remains to be seen, but the undrafted forward has three goals in 15 career NHL games and has posted outstanding numbers in the AHL.

Tonight is the first game for the Nashville Predators, so you know the atmosphere at Bridgestone Arena will be pretty intense, much like Seattle saw in Vegas. There wasn’t a ton of turnover in Nashville’s roster over the offseason, but the Preds did trade away Viktor Arvidsson and Pekka Rinne retired.

Since coach Dave Hakstol indicated in his availability today that Barre-Boulet would “take [Johansson’s] spot,” we are assuming that means his spot on the line with Wennberg and Donskoi. The top line was excellent in Vegas, and Morgan Geekie and Ryan Donato both scored, so we don’t envision the other lines getting shuffled. Here’s what we’re projecting.

UPDATE: Carson Soucy is replacing Haydn Fleury in the lineup. Fleury had a couple glaring mistakes against Vegas, but we also expect the blue line to be a bit fluid for a while, at least until Seattle really knows what it has.