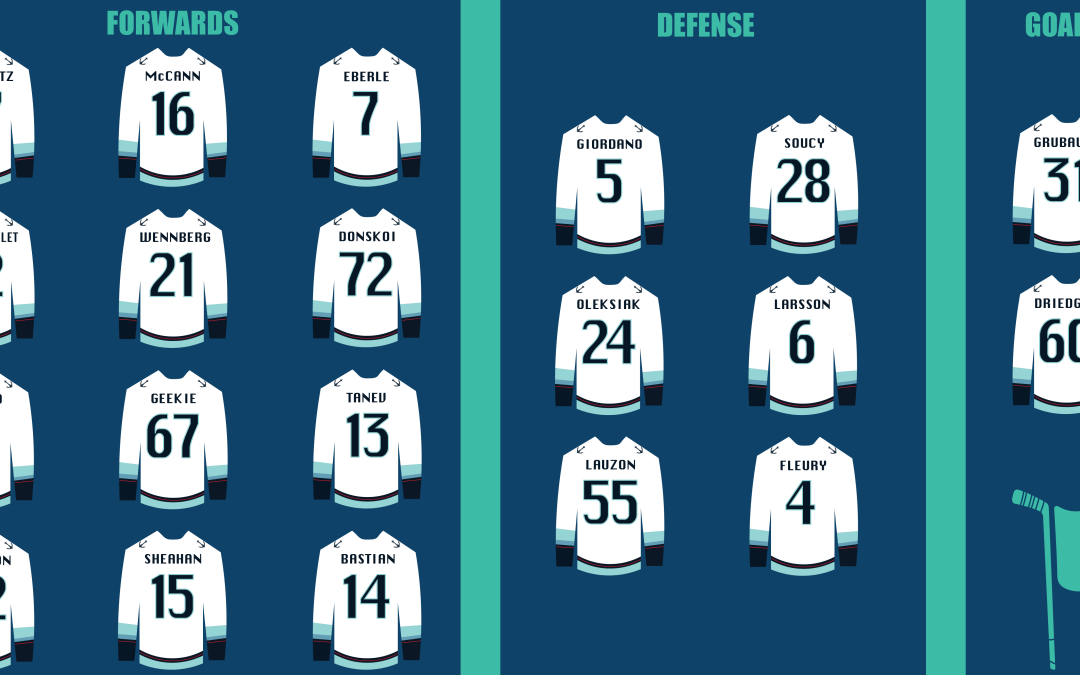 The Seattle Kraken are in Columbus to take on the Blue Jackets after a historic first 4-3 win in Nashville two days ago. The biggest news out of morning skate for Seattle is that Vince Dunn, who helped turn the tide of Thursday’s game with a big hit that led to a fight, has been ruled out and is day-to-day with an injury, according to coach Dave Hakstol. In his media availability, Hakstol was non-committal on whether the injury happened in Dunn’s fight with Yakov Trenin, but he did confirm it happened in that game.

Dunn’s exclusion is a big loss, as the shifty offensive defenseman has proven to be an impactful player for the Kraken. The good news for Seattle, though, is that it has plenty of depth on the blue line and other bona fide NHLers waiting to slot in. Haydn Fleury was scratched Thursday in favor of Carson Soucy, so both Fleury and Soucy will play Saturday, while Dunn recovers from his injury.

Philipp Grubauer will start his third game in a row and with good reason, as he was outstanding on Thursday, facing an onslaught of shots from the Predators, who were pushing hard in the third period to find an equalizer.

Alex Wennberg returns to Columbus where he spent the first six seasons of his NHL career. He did visit the Blue Jackets as a member of the Florida Panthers four times last season, but with no fans in the stands due to Covid restrictions. He knows the Blue Jackets and new coach Bard Larsen well. “They’re a skilled team right now,” Wennberg said Saturday morning. “They have a bunch of new assets that’s going to be really good for them, but it’s the same every night. You’re playing a team that has a lot of skill, a lot of good players, but you just have to play your game and focus on that.”

The Blue Jackets are 1-0-0 after beating a bad Arizona Coyotes team 8-2 in Columbus’ home opener Thursday. That game was an emotional one for the Blue Jackets, who memorialized Matiss Kivlenieks, the Columbus goaltender who passed away in a tragic fireworks accident during a 4th of July party over the summer.

Kivlenieks’ good friend and fellow Latvian, Elvis Merzlikins, looked excellent Thursday and stopped 36 of 38 shots, including a ten-beller on Lawson Crouse. Merzlikins appears poised for a huge season as the No. 1 for the Blue Jackets and will get the nod this evening.

Max Domi was outstanding Thursday as well, notching a goal and two assists, after returning sooner than expected from a shoulder injury. Remember, Domi was exposed to the Kraken in the Expansion Draft in July, but Seattle passed on the 26-year-old center.

As always, don’t sleep on Patrik Laine, who has as good a shot as just about anybody in the league.