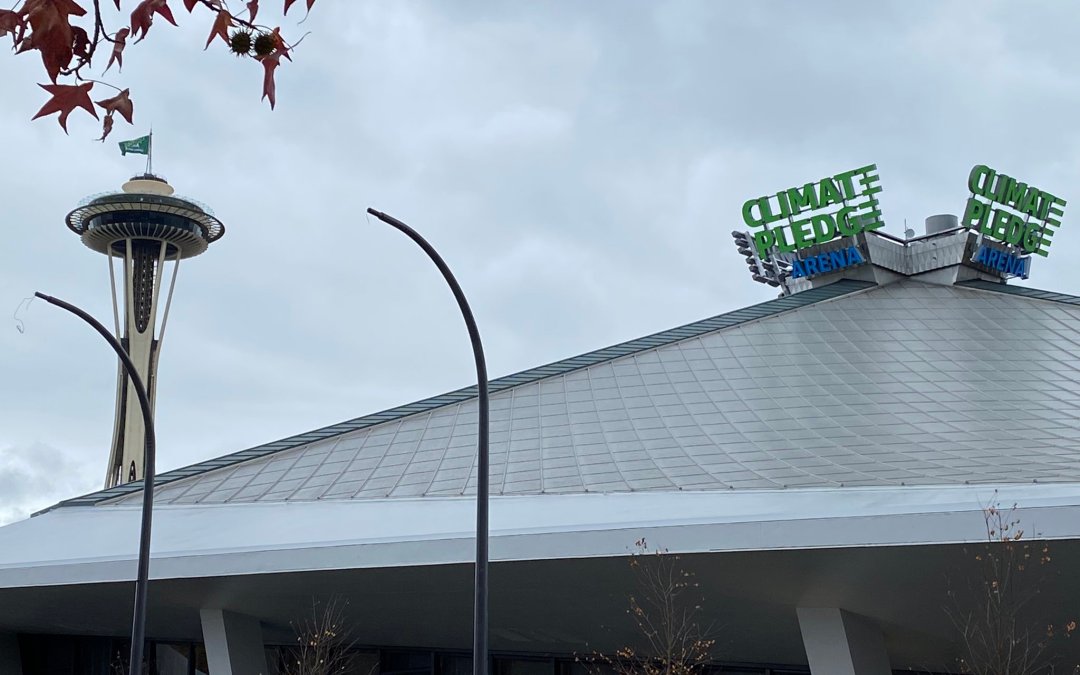 A wise and very angry lead singer once whispered into a heavily distorted microphone, “It has to start somewhere. It has to start sometime. What better place than here? What better time than now?” That singer was Zack de la Rocha of Rage Against the Machine, and he was most certainly not talking about the Seattle Kraken home opener, which will finally be played Saturday against the Vancouver Canucks.

But that lyric feels like it fits, doesn’t it?

Yes, it does have to start somewhere, and there truly is no better place than here, in Seattle, at Climate Pledge Arena. No more city council meetings. No more construction updates. No more arguing about what the team name should be. No more discussion about who the Kraken will pick from which team. Now, it starts. Now, we just show up and celebrate.

It truly was a grind of a road trip for Seattle, with five games in eight nights played in five different cities, spread across three timezones, and with injuries hitting the team along with plenty of Covid-related drama.

There was no time for practice, and the group was surely exhausted by the time it took the ice for its final game of the trip in New Jersey.

But all that is in the past now. The team had a day off followed by two days of practice, and for the first time in the history of the franchise, it will take home ice Saturday with a crowd fully behind it.

There were some obvious issues that needed fixing by the Kraken, and the hope coming off the trip was that a couple practices would allow coach Dave Hakstol and his staff to address them.

“We had a couple of really good workdays,” Hakstol said Friday. “We wanted to pinpoint certain areas, and we were able to do that. In general, our transition game from defense to offense, from offense to defense is really the area that we needed— one of the areas we needed to clean up, both with and without the puck, so that’s one of the areas that we touched on.”

The Covid drama has also apparently subsided within the organization, at least for now. After getting Yanni Gourde and Vince Dunn back from injury prior to the game against the Devils, veteran forward Calle Jarnkrok, who had been in Covid protocol for nearly two weeks, is expected to play his first official game for Seattle.

Inserting players like Gourde and Jarnkrok into the forward lineup changes the whole makeup of the team, and Hakstol will be able to roll out the deepest lineup he has been afforded to date.

So, no more excuses.

On their very challenging five-game road trip that the Kraken ended with a 1-3-1 record, they made a habit out of falling behind early. Though the team showed resiliency by battling back in Vegas, Nashville, and New Jersey, this trend can’t continue for long if Seattle expects to be in the hunt for a playoff position later in the season.

Saturday, with a rocking building, there will be a lot of emotions at play, and this should propel Seattle to a hot start. It will be Vancouver’s mission to withstand the initial onslaught and counter with a goal or two of its own, like we’ve seen other teams do against the Kraken.

Seattle needs to take advantage of the extra boost at the beginning. Potting a goal or two early would blow the once suspended roof off the newly christened arena.

“The energy obviously is going to be great,” said Kraken captain Mark Giordano after practice on Friday. “The only thing you can get in trouble with when you’re too excited is penalties and stuff like that. I don’t think our team has an issue with that—knock on wood—but yeah, just use that energy in a positive way.”

After Vancouver showed well in the NHL bubble two seasons ago, reaching the second round, there was hope in British Columbia that the Canucks would take another step in 2020-21, as their young stars gained another year of maturity.

That did not happen.

Everything went wrong for the club last season, and it finished seventh place in the Scotiabank North Division with a 23-29-4 record.

There are still the young players that will likely torment Kraken fans for the next decade—Brock Boeser, Elias Pettersson, Quinn Hughes, and Bo Horvat—but Benning added several pieces like Jason Dickinson, Conor Garland, and Oliver Ekman-Larsson that could have an impact.

“They got everybody going. It’s a real good hockey team,” Hakstol said of the Canucks. “When you look at the balance, whether it’s loading up the top six or a balance through nine and 12 forwards. You look at the changes they’ve made on the blue line. The thing that stands out about them is they play fast. They play direct, and they play fast, and they start on time.”

So far, the new mix has brought… mixed results, and Vancouver is 2-2-1 and wrapping up its own brutal six-game road trip Saturday. The Canucks are coming off a 4-1 win over an apparently very stinky Chicago Blackhawks team on Thursday.

WIth Vancouver just a stone’s throw up I-5 (Highway 99 north of the border), the proximity alone should make for a heated rivalry between the Canucks and the Kraken.

It has to start somewhere.

The Kraken are “taking over” Seattle on Saturday as part of the festivities. Per an email from the team, “Lumen Field, T-Mobile Park, Pac Sci Arches, Climate Pledge Arena, Columbia Tower, and The Great Wheel will be lit in the Kraken colors while flags are being raised at Starbucks HQ and across the fleet of Washington State Ferries.”

A pre-game party at Seattle Center’s Armory Food and Event Hall starts at 4 p.m., and there will also be a ceremony just before puck drop honoring those who helped make NHL hockey a reality in Seattle.