The Kraken need to start winning, and facing struggling Canadiens could help 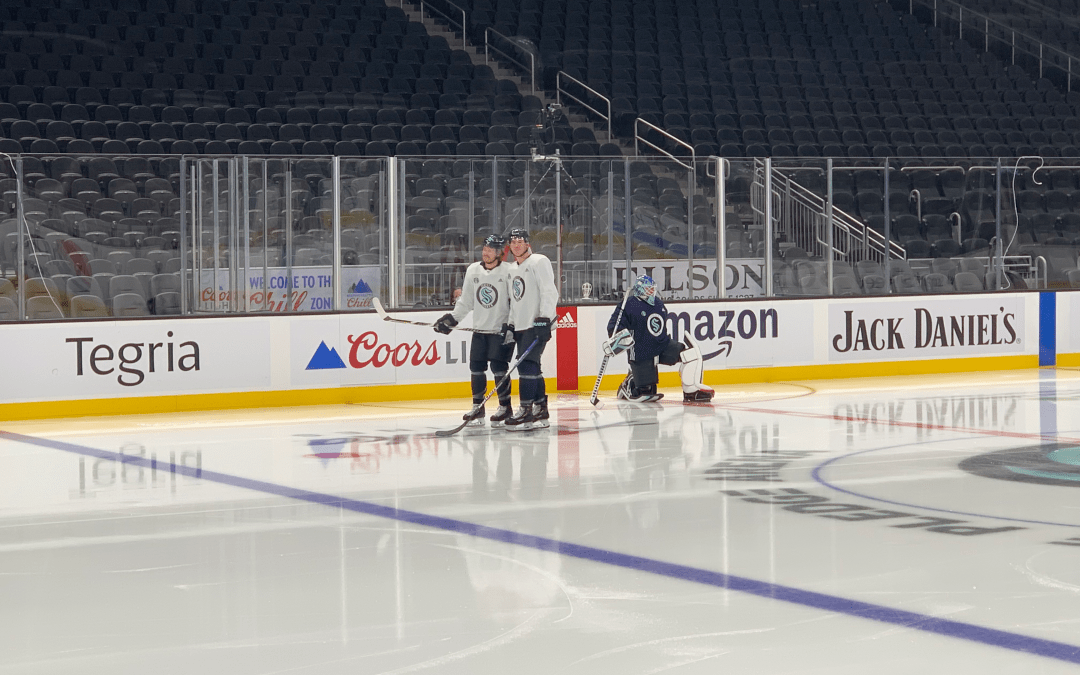 While there will still be heaps of pomp on Tuesday night, along with plenty of circumstance, the big “milestone” games have now passed for the fledgling Seattle Kraken. Over and done are opening night—on which Seattle lost in Vegas—and also home opening night, on which the Kraken also lost to the Canucks.

Now that all that stuff is in the rearview, it’s time for Seattle to find its game and start finding some wins. The team showed well on Saturday and deserved a better outcome, but victories never come easy in the NHL.

The Kraken played with a different structure through the neutral zone than we had seen in previous games, and the result was practically no odd-man rushes against, something coach Dave Hakstol badly wanted to eliminate. So that’s a good sign, as is the team tilting the ice for the majority of the second period and just missing on several quality chances during the course of the night.

And when Seattle briefly had a lead in the third period, it did not sit back and wait for Vancouver to come down and start pressuring. Instead, it controlled a lot of the period in the offensive zone, but an ill-timed penalty by Carson Soucy and a pass out of Vince Dunn’s reach ultimately doomed the Kraken.

Mark Giordano said after that game that the next step for the Kraken is figuring out how to close out games, and they may have an opportunity to do so on Tuesday with a struggling Montreal Canadiens team in town.

In his media availability following morning skate on Tuesday, Dave Hakstol indicated there will be a couple of “tweaks” to the lineup, but would not say what those tweaks actually are.

We love guessing at these types of things, so we’re going to go out on a limb and predict that Haydn Fleury draws back in for Carson Soucy while Ryan Donato gets in for… drumroll… Morgan Geekie.

Geekie has played a pretty significant role so far, but the reason we *think* he might come out is that he did not have a regular spot during line rushes at practice on Monday. He’s also coming off a game in which Hakstol gave him fewer than two minutes of ice time in the third period. Meanwhile, Mason Appleton and Nathan Bastian—the only other forwards we could see being removed from the lineup—were part of an impactful line with Riley Sheahan that nearly scored several times on Saturday.

Geekie was spotted having a long conversation on the ice with Hakstol on Monday, which could mean anything, but our hunch says it’s related.

Again, this is just a guess as the skate was very optional on Tuesday morning, and Hakstol was intentionally coy about his personnel.

UPDATE: Alright, we took a swing and missed. Morgan Geekie is in. Nathan Bastian is out, along with Carson Soucy, while Ryan Donato and Haydn Fleury return to the lineup.

Some folks are making a big deal out of the fact that the Seattle Metropolitans played against the Canadiens over 100 years ago. We’re going to avoid that narrative here, because—well, frankly, we don’t remember those games at all, and we highly doubt the players do either. We recognize that it’s kind of neat and that the Metropolitans beat the Canadiens to win the Stanley Cup, but we shall focus on the task at hand.

The task at hand is a Montreal team that is coming off of a shocking trip to the Stanley Cup Final, but has gotten off to a terrible start to the 2021-22 season. The Habs finally got their first win of the season on Thursday, a 6-1 win at home over the Detroit Red Wings.

Montreal is without its all-world goaltender and former Tri-City American Carey Price, who entered the NHL/NHLPA’s player assistance program two weeks ago. Shouldering the load in net has been Jake Allen, a historically streaky goalie who can be lights out at times and leaky at others. So far, he has been pretty good, despite the terrible record, playing behind a team that hadn’t been scoring before Thursday.

Prior to that offensive outburst, the bleu, blanc, et rouge had just four goals combined in five games. That’s not going to win you many games, regardless of who you have protecting your net.

Do watch out for guys like Tyler Toffoli, who had 44 points for the Habs last season, and super-skilled youngsters Nick Suzuki and Cole Caufield.