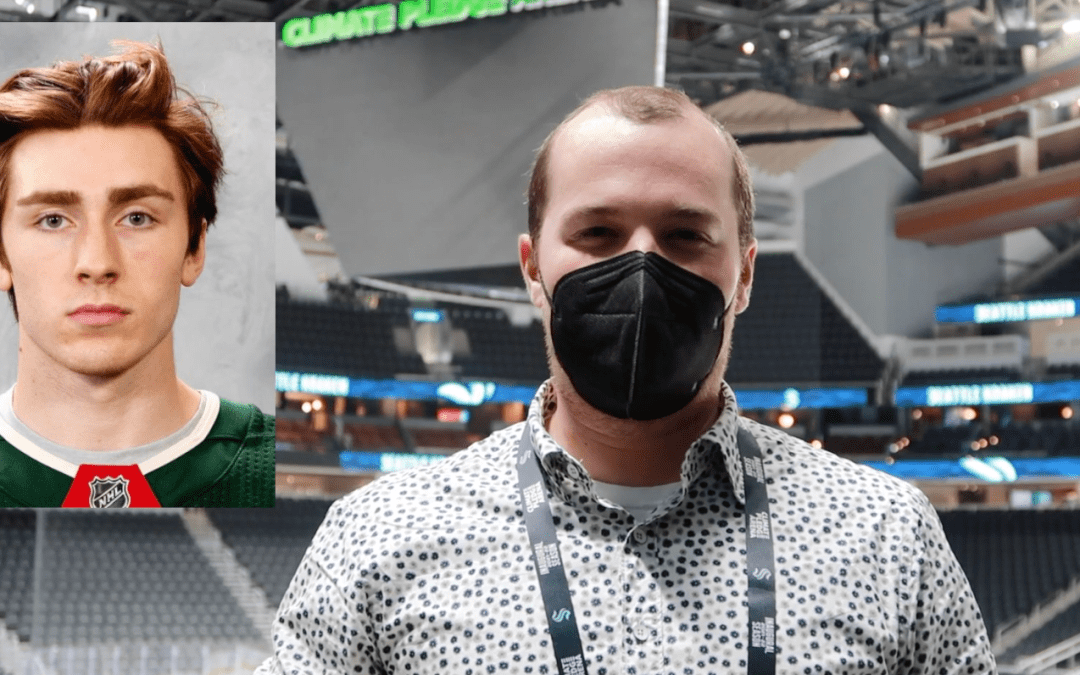 Tuesday was a big step in the right direction for the Kraken, who won convincingly over a struggling Montreal Canadiens team, 5-1, for the franchise’s first victory on home ice. After the game, coach Dave Hakstol indicated that he was mostly pleased with how the team played, but there was still plenty of room for improvement based on the odd-man rushes Seattle gave up and some sloppy play at times.

Speaking somewhat anecdotally, Hakstol sounded more positive after the team’s 4-2 loss to Vancouver on Saturday than he did after the team’s 5-1 win over Montreal on Tuesday. He called the team’s execution in transition “sporadic at times.”

Perhaps that’s all part of the messaging to help the group recognize that their win came against a team that did not play well and is rightfully off to a terrible start to its season. He’s indicating that the team needs to play even better than it did on Tuesday to beat stronger, hotter teams. NHL coaches love to focus on how their team played, rather than the outcome of games, because there is always a level of puck luck that is beyond the control of the players. What you can control is your effort level and playing within the structure the coach has implemented, and that’s where Hakstol sees opportunity for the Kraken.

Still, the never-a-doubt victory has to be a big confidence booster for a group that was struggling to prove it could score goals and win games.

Seattle gets one of those stronger, hotter teams on Thursday, as the 5-1-0 Minnesota Wild visit Seattle.

A breakout from Tanev is feeling more realistic with every passing game, but him serving as the team’s top goal scorer for an 82-game season is probably not sustainable. And if he does remain the top scorer, that likely means that guys who should lead the team are not having great seasons.

Two of Seattle’s more skilled forwards, Jordan Eberle and Yanni Gourde, got their first respective goals on Tuesday. Eberle was admittedly snake-bitten coming into that game against the Habs, and his play after notching an early goal looked looser and more confident than we had seen in the several contests prior.

For a team that is expected to sometimes have difficulty scoring, getting their top guys going is extremely important. Let’s see if Gourde and Eberle can build off that production on Thursday.

Appleton out, Bastian in

We were surprised to see Nathan Bastian come out of the lineup Tuesday after he was right in the middle of several near-miss chances on Saturday against Vancouver. But Ryan Donato didn’t really deserve to sit either, and… well… somebody had to do it. Healthy scratches do not always come fairly.

Now Mason Appleton has been ruled out after Sami Niku dragged him down and fell with all his weight on Appleton’s foot Tuesday. Appleton was helped off the ice and was putting no weight on his right leg as he went down the tunnel.

As a result, Bastian will slide back in. During line rushes Wednesday, he skated with Riley Sheahan and Morgan Geekie, while Donato—who scored a beautiful breakaway goal against the Habs—was with Tanev and Jared McCann.

Haydn Fleury has been swapping in and out of the lineup with Carson Soucy to start the season, but Fleury played well on Tuesday and took line rushes with Vince Dunn Wednesday. He also addressed media after Thursday’s morning skate, so it feels likely that he will be back in against the Wild.

Said Hakstol on Tuesday, “[Fleury] came in and I thought he skated really well tonight. I thought he was moving with the puck and getting up ice and most importantly on our half of the red line, he played a pretty clean hockey game. That’s a real positive. That’s what we need out of our guys on the back end. You gotta defend well, get us out of the zone, and everything from there is a bonus, and I thought he was good tonight.”

The breaking news from Wild practice on Wednesday was that… there was no Wild practice on Wednesday. That’s because there had been a few cases of COVID among members of Minnesota’s staff, and after tests were performed on the team, players are now being impacted. The Wild announced on Thursday morning that Mats Zuccarello and Rem Pitlick had been placed into protocol.

Kyle Rau, Jon Lizotte, and former Everett Silvertip Connor Dewar were being recalled from AHL Iowa. Dewar is expected to make his NHL debut just a few miles down I-5 from where he was beloved while playing in the WHL. It will certainly be a big moment for him and his billets, who will be in attendance.

The Wild have evolved dramatically over the past couple of seasons. Gone are Zach Parise and Ryan Suter, and here are Kirill Kaprizov, Kevin Fiala, and Joel Eriksson Ek. They’re a faster, more exciting team than in years past, and in the early stages of this campaign, they have been comeback kids on several occasions, which has helped them to their impressive start.

Budding superstar Kaprizov is the centerpiece for this team, but word around the Wild campfire is that he has gotten off to a slow start. Though he doesn’t have any goals, he does have five assists in six games. Meanwhile fellow skilled winger Fiala has a goal and two assists so far, but has been noticeable every night.

For the Kraken’s sake, Seattle fans should hope that Kaprizov and Fiala do not choose Thursday as their night to get rolling statistically.

The Wild are coming off of a 3-2 victory in Vancouver on Tuesday.