Tough test for Kraken, who start back-to-backs Saturday against Rangers 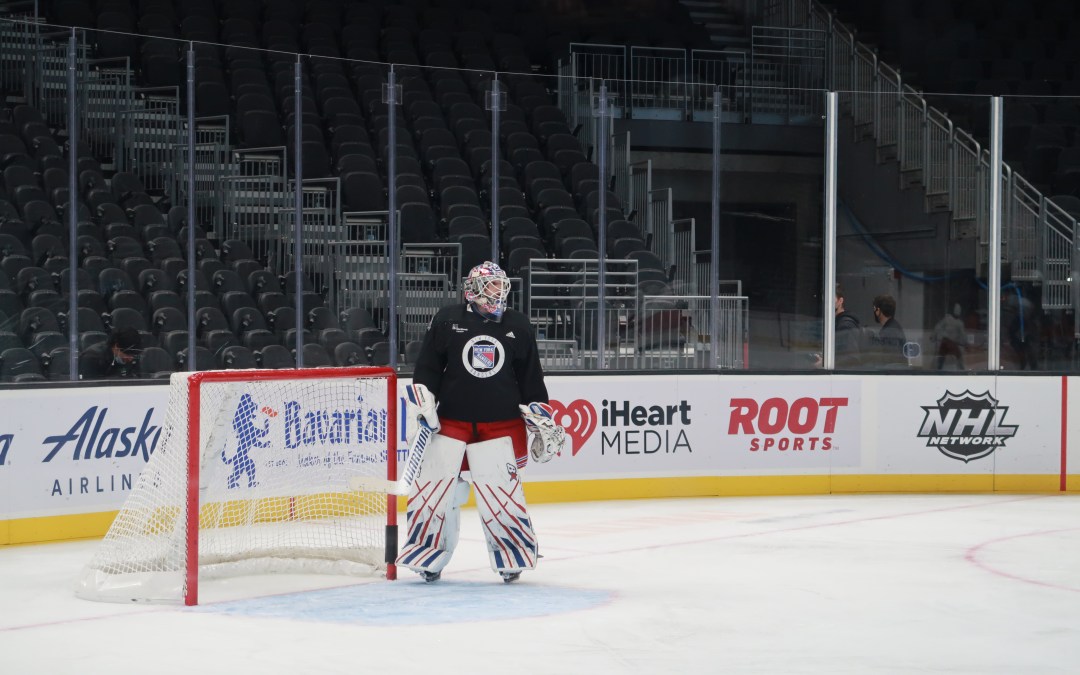 The Seattle Kraken go from one spooky test Thursday to an even spookier one Sunday and Monday, as they enter back-to-back games with travel against the New York Rangers and the Edmonton Oilers. They did pass the last test with flying colors, defeating the Minnesota Wild 4-1. Seattle also gets to enjoy Sunday’s contest at the friendly confines of Climate Pledge Arena before hustling off to Edmonton, but New York is riding high, so Seattle will again need its ‘A’ game.

On the back-to-backs, coach Dave Hakstol says, “Stay in the moment. Right now we’ve got a game against the Rangers. We’ll turn the page later tonight and worry about game No. 2. Right now the focus is purely on the job at hand, and that’s the New York Rangers here at home tonight. That’s our approach.”

Since the win against Minnesota, Mason Appleton has officially been placed on injured reserve, and Max McCormick was recalled to take his spot. Hakstol said Appleton is out “indefinitely.” We wouldn’t expect McCormick to get into the lineup, especially with the Kraken coming off of two-straight wins, but he is present and accounted for should something else happen.

As for other injuries, it seems Chris Driedger is getting closer to a return, but he did sit out one of the small-area drills Saturday. We still think he’s out for at least a few more days, and Hakstol confirmed Grubauer will start against the Rangers. We’re guessing this means Joey Daccord likely gets one more start against Edmonton Monday before being returned to Charlotte.

Marcus Johansson and Colin Blackwell both skated on Saturday and Sunday, but Blackwell does not appear close to returning and has not yet fully participated. Johansson looks a little closer but is still listed on IR.

The vibe at practice on Saturday was notably looser from the players than in training camp, when it felt like everyone was trying to feel things out. Winning can do that, of course, but it does seem like the camaraderie is improving amongst the group. Chemistry has improved on the ice as well, as has the team’s play within Hakstol’s structure.

From listening to Hakstol talk, he continues to indicate that there’s room for improvement, but he’s pleased with the progress the team is making.

It truly is impressive how quickly the Rangers have re-stocked their roster with a mix of veteran superstars and young up-and-comers. Of course, Artemi Panarin remains the lynchpin, but add in the likes of No. 1 overall pick Alexis Lafreniere and reigning Norris Trophy winner Adam Fox, and this is suddenly a very good team again. Fox is such a stud, and his exceptional skill and vision were on full display Thursday.

The Blueshirts as a team have gotten off to a hot start as well, currently sitting at 5-2-1, and won 4-0 at home on Thursday against the Columbus Blue Jackets. In that game, Chris Kreider scored two goals—both off re-directions in front of the net—and extended his team lead for goals to six.

Netminder Igor Shesterkin was unbeatable Thursday, stopping all 31 of the shots he faced. He’s now 4-1-1 with a 1.81 goals against average and .944 save percentage, and we assume he’ll go again on Sunday, being that coaches don’t like switching goalies after a shutout.

Says Hakstol, “We know how good of a team they are, we know the depth that they have and the ability they have at all positions from goal through their D-core—the ability that they have there—and it spreads throughout their forward group. So our focus is on our preparation and what we need to do to be successful.”