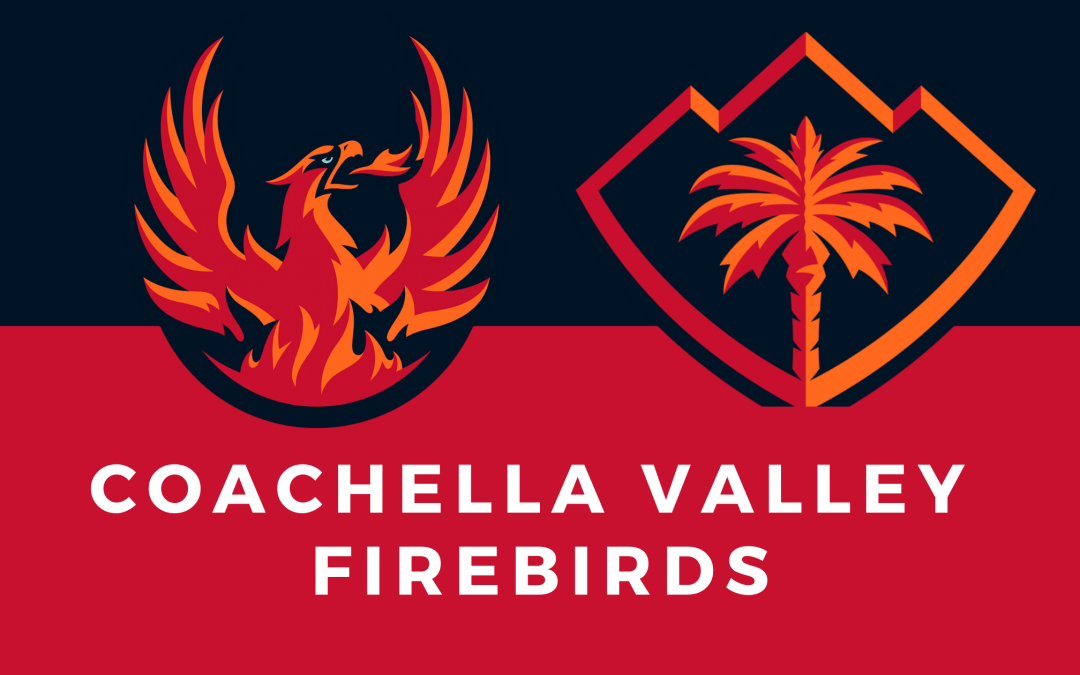 When the NHL Seattle franchise was in its infancy, the only thing fans seemed to want to talk about was what the name of the team would be. The organization did a brilliant job of keeping the moniker and logo close to the vest and somehow avoided any leaks in advance of the official announcement in July, 2020. The name of the Coachella Valley AHL franchise wasn’t guarded quite as closely, as all signs pointed toward the team being called the Firebirds.

The logo was designed by Brian Gundell, who also created the secondary Kraken logo and was responsible for the recent re-brand of the WHL’s Portland Winterhawks.

The logo is red with orange accents and features a menacing, fire-breathing bird rising out of flames. The bird has an icy blue eye, an obvious nod to the Seattle Kraken, for which the Firebirds will serve as the top minor-league affiliate. The logo also gives a nod to the mid-century modern design that is so prevalent around the Coachella Valley.

The logo and name are meant to compliment the Kraken by being the “yin to the Kraken’s yang.” While the mythical Kraken lives in the depths of the ocean, the Firebird soars above.

By calling the team the “Coachella Valley Firebirds,” instead of the Palm Springs Firebirds or something similar, the organization looks to be more inclusive for the whole region.

“Over the last two years, and after listening to fans, our leadership, and partners, we’ve been heavily involved in identifying the best team name and brand to represent the nine cities of the Coachella Valley,” said Leiweke. “As a proud resident of the valley, I think the Firebirds has a meaningful representation for the beauty and what people experience when they come to our great community.”

Leiweke also indicated that the franchise has received 3,000 season ticket deposits, and he is hopeful that they sell out all their games, a rarity among AHL franchises. Members of a local youth team, the Desert Blaze, briefly joined Leiweke on stage. Leiweke reminded those in attendance that a practice facility was also being built as part of the massive arena construction project, and that it would serve as the new home of organizations like the Blaze.

The AHL team’s website was officially launched at cvfirebirds.com, and merchandise is already on sale.

The Coachella Valley Firebirds are expected to begin play during the 2022-23 season, though Leiweke indicated to the Sound Of Hockey Podcast in October that the arena is unlikely to be ready for the start of the season.