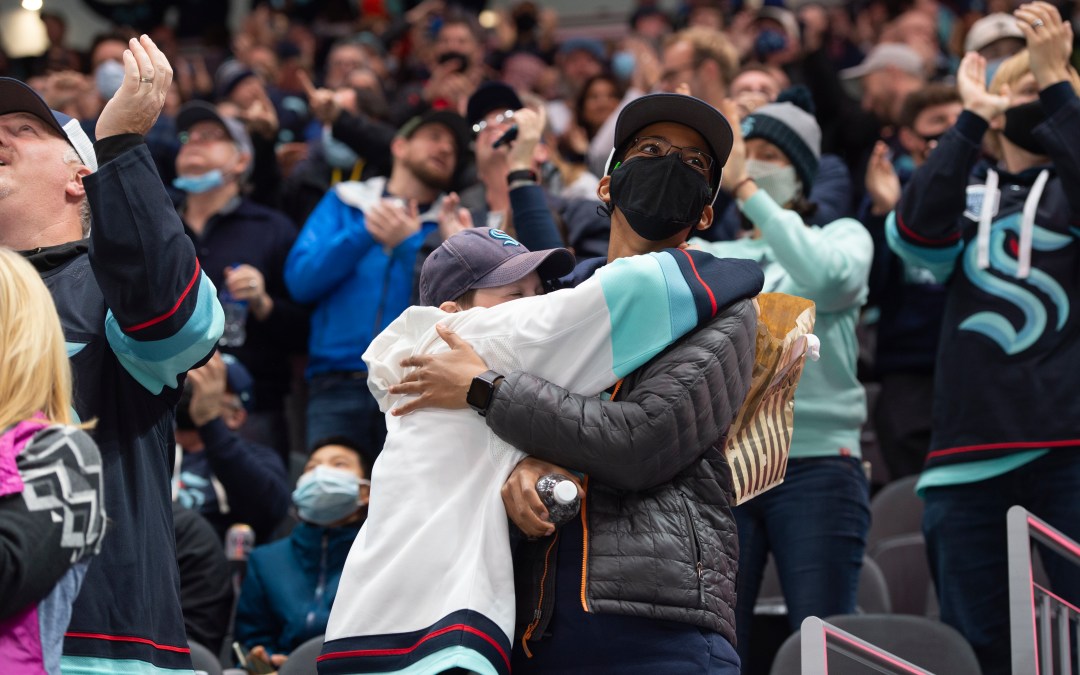 We’ve said on several occasions that the time for excuses has passed for the struggling Seattle Kraken, who have lost three straight and five of their last six games. Most of the excuses themselves—new team, new building, new systems—evaporated as we eclipsed the one-month mark of the season. But there was always that one little “injury and illness” excuse bouncing around in the backs of our brains, and now even that excuse is almost entirely gone for the last-place Kraken (4-9-1), who desperately need to find a win Saturday at home against the Minnesota Wild (9-4-0).

At long last, Colin Blackwell will play his first game for the Kraken on Saturday, meaning  coach Dave Hakstol will (almost) have his whole group available to him for the first time.

Seattle held a lightly attended optional practice on Friday, so morning skate Saturday was far more structured than we’ve seen on other game days. The team had almost full participation and actually did line rushes and power play work, both of which are rare at morning skates.

The only players that weren’t on the ice were Jaden Schwartz (some members of the media thought they had seen him early on, but then Nathan Bastian took his place in line rushes) and Riley Sheahan. Hakstol confirmed Schwartz is available, so his absence is nothing to worry about, and Sheahan… well, Sheahan was placed on waivers to make room for Blackwell.

We at Sound Of Hockey were not surprised to see Blackwell inserted into the lineup, because it was obvious that he was getting closer and closer to returning from a nagging lower-body injury that had kept him out since the start of training camp. We were surprised, though, that the corresponding roster move was to waive Sheahan, who had played all 14 games for the Kraken to date. We thought Sheahan would come out of the lineup, but we also figured Will Borgen—who has not yet played a game—would be the one waived.

Of course, Borgen is younger and as a right-shot defenseman with upside is more likely to be claimed than a veteran grinder like Sheahan. So, it makes sense from that perspective, but it’s a reminder of what a brutal business the NHL can be. Sheahan had been a good soldier who played his role well, while Borgen is likely to continue watching games from the press box and not getting any opportunity to play games in either the NHL or the AHL.

Blackwell, an affable guy and big personality, was over the moon to be making his debut.

“I’m ready to go, finally,” Blackwell said Saturday. “It’s been a long process, just trying to get better every single day, and I’ve been feeling really good recently. I got cleared so really looking forward to tonight and finally getting out there with these guys. They’ve been battling for a little while, so wish I could have been out there. Just being out there at Climate Pledge [Arena] too for me, it’s going to be pretty special.”

Almost the full roster for Seattle

With Blackwell in for the first time Saturday, and Jared McCann back as of Thursday when he scored two goals against the Ducks, the Kraken will dress their deepest lineup to date. They’ve had COVID issues and several injuries to this point, and now with only Mason Appleton out with a lower-body injury, we will see what a (mostly) complete roster can do.

Blackwell was skating Saturday with Morgan Geekie and Brandon Tanev on what figures to be the fourth line. That’s a pretty unique fourth line, though, with more skill than you would typically see from a bottom trio. This should give Hakstol an opportunity to roll all four of his lines with a potential for offensive output from every layer of the forward group.

It’s also interesting to think how quickly the fourth line has evolved with guys coming back from protocol and injured reserve. For so many games we saw Sheahan centering Max McCormick and Nathan Bastian. Saturday, McCormick is in the AHL, Sheahan is on waivers, and Bastian is likely a healthy scratch for the second game in a row.

This is what happens when you get (almost) your whole group healthy at the same time.

The Kraken take on the Minnesota Wild for the second meeting of the season. These two teams played at Climate Pledge Arena on Oct. 28, a night when Seattle really turned in a complete effort in front of Philipp Grubauer—who had one of his most solid performances of the season, stopping 30 of 31 shots—and came away with a 4-1 win.

That night, Seattle got the timely save by Grubauer that it has been lacking on a lot of nights. In the closing minutes of the second period, Yanni Gourde turned a puck over to Wild superstar Kirill Kaprizov in the neutral zone. Kaprizov came in all alone, and Grubauer made a huge save with his blocker. It’s a moment that stands out as exactly what Seattle needs more of to be successful.

On their first visit to Seattle, Mats Zuccarello was in COVID protocol, meaning Kaprizov did not have his favorite teammate dishing the puck to him. Zuccarello is back for Saturday’s game. Kaprizov and Kevin Fiala also had not been scoring prior to that contest, but they have since notched three and two goals respectively, and both have constantly looked dangerous.

The Wild have won four of their last five, but came up short in their last game Thursday against Vegas. They’ve been comeback kids all season long, so hold on tightly if the Kraken find themselves with a one- or two-goal lead in the third period.