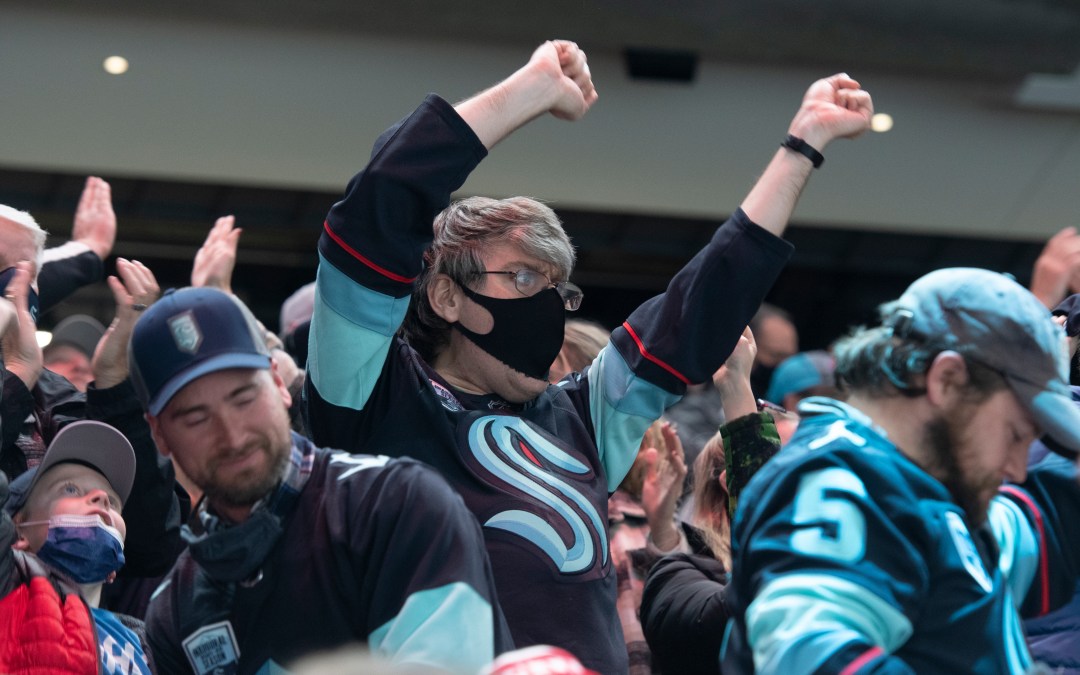 If you haven’t had this game circled since the Kraken schedule was released over the summer, then what have you even been doing?! We at Sound Of Hockey cannot WAIT to see the best player in the world take Climate Pledge Arena ice for the first time on Friday, and lest you forget, it’s also Dave Tippett revenge night. We’re not sure what he’s getting revenge for, since he willingly left NHL Seattle to become head coach of a team with multiple elite players, but it’s a revenge game nonetheless. Ladies and gentlemen, the high-flying Edmonton Oilers are in town to take on your Seattle Kraken.

Prior to Seattle’s shootout loss to the Detroit Red Wings on Wednesday, news broke that the Kraken were suddenly dealing with some pretty serious injury woes. Top scorers Jordan Eberle and Jaden Schwartz, plus Will Borgen and Chris Driedger, were suddenly unavailable, joining Calle Jarnkrok and Mark Giordano on the shelf. Jarnkrok has been out since the third period in the Carolina game and Giordano has been in COVID protocol since just before the Tampa Bay game on Friday.

For Friday’s game against the Oilers, the Kraken face similar challenges, as only Borgen is available out of that group. Schwartz, Eberle, and Jarnkrok are day to day, while Driedger is on injured reserve. Interestingly, coach Dave Hakstol wouldn’t commit to Borgen being included in the lineup and indicated that things will look similar to last game. So we’re *guessing* that means Borgen will sit, while Jeremy Lauzon, Carson Soucy, and Haydn Fleury will all play.

Plenty to get excited for in this one

The narrative around the first game back after a road trip has always been that teams tend to have a letdown in that situation. We’re hopeful the Kraken can buck this supposed trend on Friday, as there are just too many reasons to get up for this game.

First, Seattle has had a good stretch lately and on Wednesday showed that this group can deal with the adversity of losing multiple key players to injury and illness at the same time. So why wouldn’t the players do everything in their power to build on that momentum?

Second, this is a measuring stick game in every sense of the word. The Oilers are a high-octane, thrilling team, and Seattle has no choice but to be on top of its game if it wants to have a chance to win in front of the home fans.

“If you’re mentally ready to play, and we had a good morning skate today, you just gotta treat it like any other game,” Soucy said Friday. “It doesn’t matter if we’re coming back from a road trip or not, we’re still on home ice. We gotta come out ready to play.”

The first guest ever to appear on the Sound Of Hockey Podcast, way back in 2018, was Tippett. At the time, he was helping to develop the hockey operations department for what would eventually become the Seattle Kraken.

On Friday morning, he raved about what an incredible job the Seattle organization has done in making everything a reality and how great Climate Pledge Arena turned out. He also mentioned that it was interesting seeing things like the long loading dock tunnel, with its entrance a block from the arena, and the twin scoreboards brought to life. Those items were apparently hot topics during his time with the fledgling franchise, back when the arena existed only in blueprints and concepts.

There will be a couple other semi-homecomings Friday, as Spokane’s Derek Ryan and Kailer Yamamoto are expected to be in the lineup for the Oilers. SOH’s Andy Eide asked Ryan on Friday if he recalls playing in the old Key Arena during his WHL days, and he joked, “Well, you’re dating me a bit there.” Ryan is ALSO a friend of the pod, by the way.

The Oilers have dropped to second place in the Pacific Division behind the Calgary Flames, though Edmonton has two games in hand on Calgary. At 16-5-0, it has been a great start to the season for Tippett’s squad, which appears to finally be putting everything together.

Edmonton is third in the NHL with 3.81 goals per game and has the league’s best power play, which clicks at a whopping 35.9 percent. McDavid and Leon Draisaitl have predictably produced a good chunk of the team’s scoring punch with 40 and 41 points respectively through 21 games, so the Kraken might want to keep an eye on those two.

23-year-old Stuart Skinner will make his seventh career start in net for the Oilers.

The Oilers got the better of the Kraken the first time these two teams faced one another, back on Nov. 1 in Edmonton, with a 5-2 win. McDavid was everywhere that night and Draisaitl had four points.

Line rushes were short-lived at morning skate on Friday, and guys were swapping in and out, so we’re going off of Hakstol’s statement that things will look a lot like last game here.