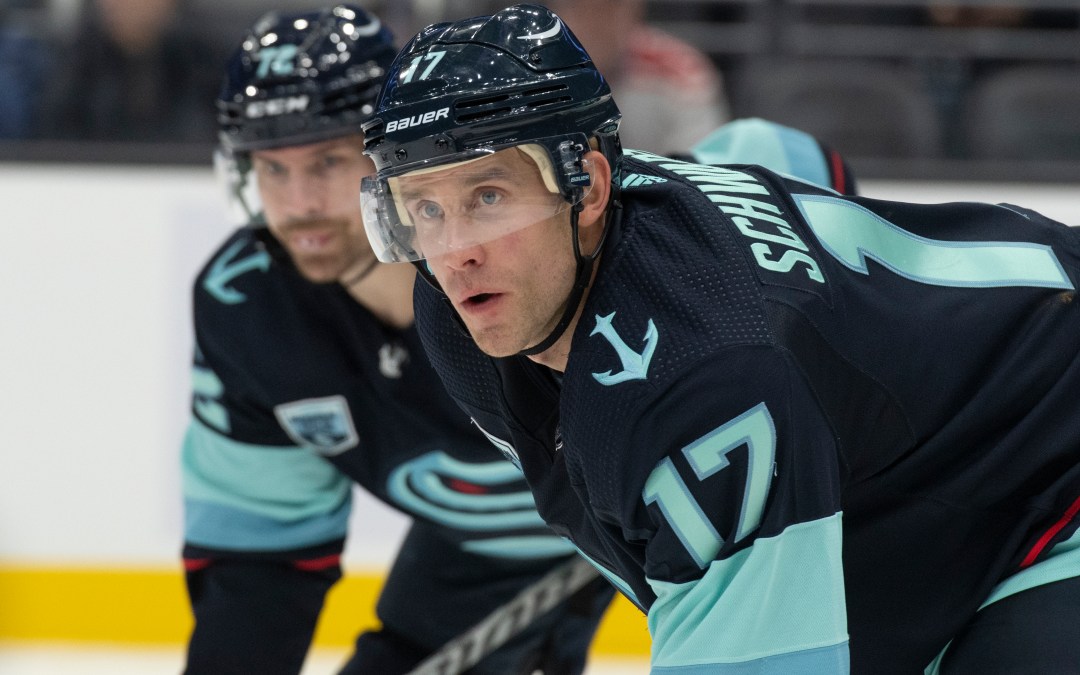 The Seattle Kraken will be tested this week with two sets of back-to-back games including two against division rivals that have a “make or break” feel about them. The next two games come Tuesday and Wednesday in Seattle’s first road trip to California. The Kraken then return to the Puget Sound area to take on two of the better Canadian teams on Saturday and Sunday. Here is the rundown and who to keep an eye on in each matchup.

This will be the first-ever game between the Kraken and Sharks with an important two points on the line. San Jose has been a surprise team in the Pacific Division this season but still finds itself in the middle of the standings. If the Sharks expect to make the playoffs, every point matters when chasing the Ducks, Flames, Oilers, and Golden Knights.

Meanwhile, the Kraken still find themselves in the bottom of the Pacific. It is already a long shot, but if this team expects any chance at the postseason, it will need to put a string of wins together soon, particularly against teams ahead of it in the Pacific Division standings.

Who to watch on San Jose

Tomas Hertl is a big-bodied centerman that has knack for big goals. He has goals in four straight games and is on pace for a career season high.

Jasper Weatherby is a Pacific Northwest native and has played extremely well in his first year as a professional hockey player. He has been bouncing between the 3rd and 4th lines, but it is clear he has the coach’s trust to play him in critical situations. Weatherby’s journey both on and off the ice is fascinating and makes him a player worth rooting for, even if he is wearing opposing colors.

It is not fair to put the success of the Seattle Kraken’s season on one game in December, but this might be as close to a must-win game as we can get at this stage. The boys from the Puget Sound must start digging themselves out of the rather large hole they find themselves in right now.

Anaheim is another surprise team in the Pacific, currently sitting second in the division. The Ducks are riding a wave of excitement created by a younger generation of players and are currently challenging Calgary for the top spot. Troy Terry, 24, and Trevor Zegras, 20, are leading the team in points. The Ducks are also getting significant contributions from Isac Lundestrom, 22, and Jamie Drysdale, 19.

The Kraken’s first matchup against the Ducks did not go well. Anaheim handed the Kraken a 7-4 loss at Climate Pledge Arena on a night that felt like Seattle never had a chance.

Who to watch on Anaheim

The expectations for Trevor Zegras have been high since he was drafted ninth overall in 2019. He has lived up to those expectations with an impressive freshman season at Boston University in the 2019-20 season and an MVP performance that helped USA clinch a gold medal at last year’s World Junior Championship. He has also caught fire at the NHL level, showing creativity with his mind-boggling assist on the leading candidate for goal of the year.

Jamie Drysdale is another top-10 draft pick by the Anaheim Ducks. He is projected to be an elite defenseman in the NHL and is already starting to showcase his skill in his second NHL season. Drysdale might not be a household name now, but he will be in a few years.

Yes, winning in Anaheim would be ideal, but even getting an overtime point should be considered a victory for Seattle. We know they are capable of skating with anyone, but the Kraken have lacked consistency, and a positive performance against one of the top teams in the division would be a confidence booster.

The Kraken played their best game of the season the last time the Oilers visited Climate Pledge Arena in a 4-3 nail-biting victory. Edmonton has lost four in a row since visiting Seattle and will have revenge in mind on its final game in Seattle for the 2021-22 regular season.

Who to watch on Edmonton

Edmonton has two of the best players in the world in Connor McDavid and Leon Draisaitl. Those two are rather obvious players to watch, but we want to call out Zach Hyman as another player to watch. Hyman is a hard-working forward that has been thriving on the Oilers since signing with them in the offseason.

Derek Ryan and Kailer Yamamoto are not household names, but in Washington State, they should be. Both were born and raised in Spokane and played for the Spokane Chiefs. Ryan might not get many minutes, but he does the little things that coaches appreciate from a fourth-line center. His journey to the NHL is an incredible one, and he shared it with us on the Sound Of Hockey podcast last year.

This will be the Maple Leafs’ first and only trip to the Pacific Northwest this season. The Leafs have been inconsistent but should still be considered as one of the top teams in the league. They started this season with a 2-4-1 run that had a fan base screaming to tear it all down and rebuild, only to follow that up by winning 10 out of the next 11 games.

Player to watch on Toronto

Michael Bunting is a 26-year-old rookie who is putting together a great season since signing with the Maple Leafs in the offseason. He is taking advantage of playing on the top line with Auston Matthews and has 19 points over 29 games.

Luckily for the Kraken, Mitch Marner will be on injured reserve for this game, and the Kraken should be seeing the Leafs’ back-up goalie with Toronto on the second night of a back-to-back. Beating the Maple Leafs would be another huge feather in the cap for the Kraken, who have taken down several elite teams.

It has been a bit of a roller coaster ride for Kraken fans this season, and this week could be part of the ride. At this point, fans should be looking for consistency in the team’s compete level. Given the skill of the opponents they are about to face, grabbing four out of eight points this week should be considered success and something to build on heading into the end of the calendar year.