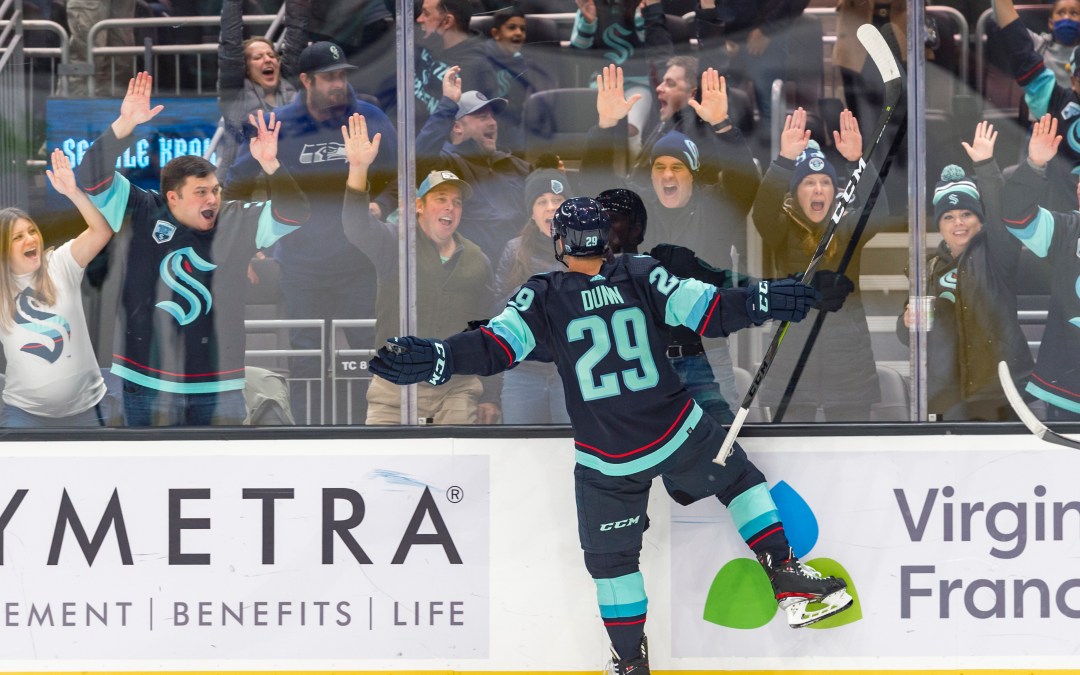 Yes, it’s been eight straight losses for the Kraken, though to their credit, they really did put forth good efforts in two of their three games on this recent road trip and perhaps even deserved better outcomes in Colorado and St. Louis. What’s tough is that this team has to be close to perfect for 60 minutes to get a result, and their letdowns have been just robust enough that better teams are able to break through when the game is on the line.

This is another tough matchup against a surprisingly good team that has won three in a row. Can the Kraken play a full 60 to snap out of their miserable streak and beat the third-place Kings?

Chris Driedger back in net for Kraken against Kings

Coach Dave Hakstol officially anointed Philipp Grubauer as the team’s No. 1 goalie several weeks ago in a press conference, though we already knew this to be true based on the team’s deployment of its goaltenders. We still expect Hakstol to default to Grubauer moving forward, but it sure is interesting to see Chris Driedger demanding more time.

By playing the way he played in St. Louis on Thursday and in several of his starts over the last couple months, Driedger really is leaving Hakstol no choice but to use him more. Sure enough, Driedger will be the starter for the Kraken Saturday against the Kings.

“[Driedger’s] performance is one part of it,” Hakstol said of the decision to use him again. “A little bit of the thought process is around the team we’re playing as well. Then, you know, it’s a real busy stretch here, so we will need both guys … This can give him [Driedger] an opportunity tonight to build some momentum for his game and for our team.”

Hakstol followed that up with, “Grubi, you know, he’s our guy. I’ve said that he’s our No. 1 guy. But Chris has carried a load in this league before.”

So, Hakstol essentially doubled down on his position with regard to which goalie is the top dog, but also left the door open to additional starts for Driedger if he continues to play well.

Driedger stopped 25 of 27 shots Thursday, but that doesn’t tell the whole story. He made some unbelievable saves that he frankly had no business making, and if the team deserved a better outcome, Driedger certainly deserved better than an ‘L’ on his record.

Some cool stuff coming for pre-game

If you’re attending the game, we would recommend getting to your seat a few minutes early. We are sworn to secrecy on what will happen before the game, but we did see it this morning, and it’s worth your time.

…And that’s all we have to say about that.

Aside from the top line of Jared McCann, Jordan Eberle, and Marcus Johansson, the forward lines were all shaken up at morning skate.

This includes a partial splitting of the Yanni Gourde/Colin Blackwell/Calle Jarnkrok line, despite that trio showing well in its games together. Hakstol wouldn’t say too much on the thought process, but Gourde has been quiet of late.

We have a theory that he was sneakily elevating the games of Blackwell and Jarnkrok—hence the line looking good as a whole—but because of that, he was becoming a bit less noticeable individually. He sticks with Jarnkrok, but now he will be flanked by Joonas Donskoi instead of Blackwell, while Blackwell will skate with Ryan Donato and Alex Wennberg.

Alex True is taking Max McCormick’s spot on the fourth line with Riley Sheahan and Mason Appleton. Remember, McCormick took a penalty 200 feet from the Kraken net on Thursday, and Pavel Buchnevich scored the game-winning goal for the Blues on the ensuing power play. With that in mind, we were not surprised to see McCormick skating with the healthy scratches on Saturday morning.

On the back end, we do like the balance of having at least one of the more shutdown-focused guys (Mark Giordano, Jamie Oleksiak, or Adam Larsson) on each of the three pairs, rather than pairing them together, like what we’ve seen with Giordano and Oleksiak.