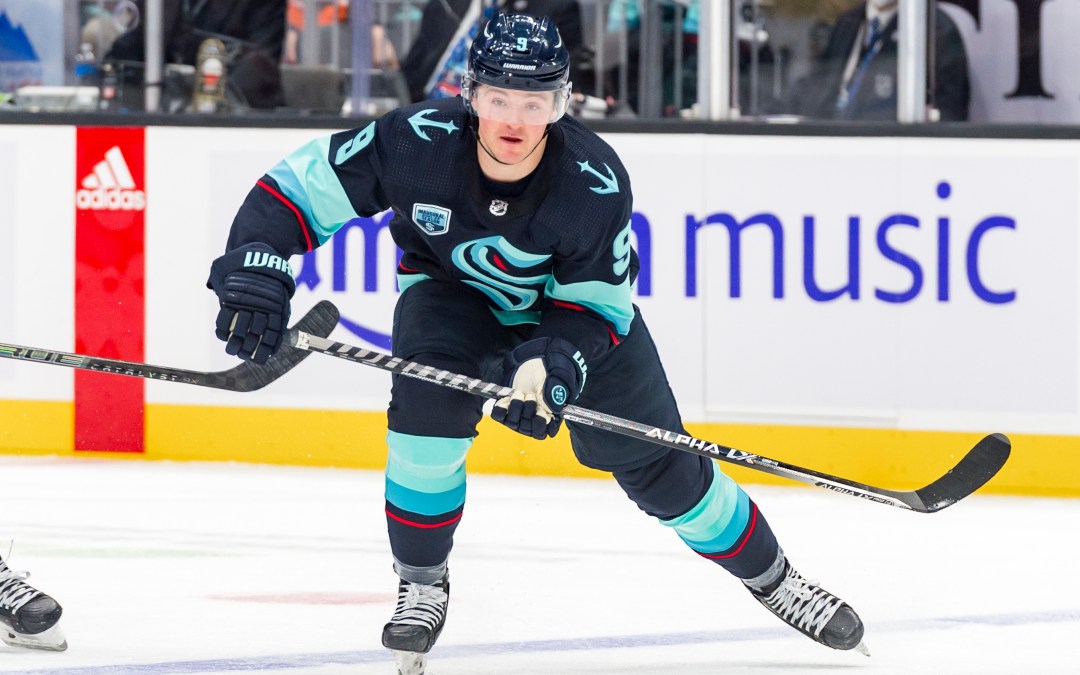 They did it, they did it! They finally did it! The Seattle Kraken WON Monday for the first time since Dec. 14, snapping a doozy of a nine-game losing streak. It wasn’t easy for the Kraken to beat the Blackhawks. It took fortunate bounces and a complete 60-minute 65-minute effort, plus two dazzling shootout moves, solid goaltending, and the introduction of a team puppy to overcome an awe-inspiring performance by Marc-Andre Fleury.

Here are our three takeaways from a memorable 3-2 shootout win by the Seattle Kraken on Monday.

When the Blackhawks first visited Climate Pledge Arena on Nov. 17, Fleury was a big storyline coming in. But he wasn’t a storyline because he was playing well; no, at the time, Fleury was really struggling and had folks wondering if it was time for him to hang it up.

Entering Monday’s game, the future Hall of Famer was making headlines for the opposite reason, having been named the NHL’s No. 2 star of the week after stopping 88 of 92 combined shots over the course of three consecutive wins. He was also coming off of his 70th career shutout on Saturday, a 3-0 win over the high-flying Ducks.

So to say that Fleury entered Monday’s game playing well is an understatement. Even so, the Blackhawks goalie blew our minds with his play against the Kraken. We lost count of how many times we thought to ourselves, Oh, there’s a goal!, only to see Fleury come out of nowhere and snag it with his glove or get the toe of his skate on it.

The Kraken outshot the Blackhawks 37-27, took 73 percent of the high-danger shot attempts, and had a whopping 4.23 expected goals. Yet, Seattle only scored 50 percent of the goals, and regulation ended with the score tied 2-2. That’s because the 37-year-old Fleury played like a superstar in his prime Monday, making save after eye-popping save, and very nearly stealing the game for Chicago.

Comically, the only two times Fleury was beaten on the day (aside from the shootout) came with help from the Blackhawks defense. The first goal deflected off Riley Stillman. The second goal happened because Caleb Jones, sliding to break up a two-on-one with Ryan Donato and Alex Wennberg, crashed into Fleury and took him out of the net.

“He played unreal for them today,” Philipp Grubauer said of his counterpart. “The saves he made, that’s what you’re going to see from him all year, right? So, unbelievable goalie, made it tough for us to score, he made the saves at the right times for them, and it was a big battle I think.”

The “battle” Grubauer is referencing stems from his play at the other end, which successfully counteracted the efforts of Fleury. Stopping 25 shots of his own, Grubauer looked calm, cool, and collected Monday and did a good job of fighting through traffic to make saves.

It’s a great sign for Seattle that the duo of Grubauer and Chris Driedger has now played well enough to win in three straight games.

“It’s critical to have that type of performance,” Hakstol said. “Grubi looked calm and he looked comfortable tonight, as comfortable as he has throughout the year. And I think there’s no better example or showcase of that than the job that he did in the shootout against some pretty talented and pretty experienced shooters.”

The shooters Chicago trotted out were Jonathan Toews and Patrick Kane—both of whom were stopped by Grubauer—while Donato and Joonas Donskoi scored at the other end to win it for Seattle.

We’ve become bigger and bigger believers in Donato as this season has gone on, and Monday was another memorable night in his impressive tenure with the Kraken. Donato was the screen in front of Fleury on Vince Dunn’s goal in the second period, which deflected off Stillman.

In the third, an errant Blackhawk shot rimmed around the boards to Donato in the Kraken end. He picked up the loose puck and sprinted through the neutral zone. At full speed, he made a nifty little juke to get around Jake McCabe and was off to the races, eventually scoring the tying goal at 2:02 of the third period.

To cap off his performance and earn the night’s No. 1 star, he pulled off this beauty in the shootout.

What we didn’t know until after the game was that Emily Cave, the wife of Donato’s fallen friend Colby Cave, was at the game Monday. She had gifted Donato one of Colby’s game-worn ties, and Donato wore it Monday.

“[Colby] was a close friend of mine, and Emily’s here tonight,” Donato said. “I think he was here with me today too.”

Takeaway #3: This game had everything

Aside from a fairly tight-checking opening period, Monday’s game between the Blackhawks and the Kraken was thrilling. And it had… everything.

Great chances and great saves? Done. That’s an easy one. A fight? Yes. Will Borgen jumped to Jared McCann’s defense and pounded on Mike Hardman after he blasted McCann with a big (but clean) hit in the neutral zone. Overtime? Shootout? A late penalty shot?! Yes, yes, and YES!

The penalty shot came after McCann won a race in the neutral zone and poked the puck ahead, then sprinted in on a partial breakaway. Stillman made a clumsy dive and took McCann’s feet out. That call came with just 6:26 left in a tie game, but Fleury confidently shut McCann down. Interestingly, Stillman committed the infraction with 7:14 left, but Seattle kept the puck for almost a minute before Chicago finally touched it and the referee pointed at center ice. You don’t see such long delayed calls on penalty shots very often, so that was something.

And of course, who can forget the revelation of the team dog, Davy Jones?

Donskoi was asked if the dog was good luck, since the Kraken finally won a game on the night he was introduced to the world. With a big smile, Donskoi said, “Absolutely. Every team needs a puppy, I think, and he’s pretty cute too, so I don’t think that’s a coincidence.”