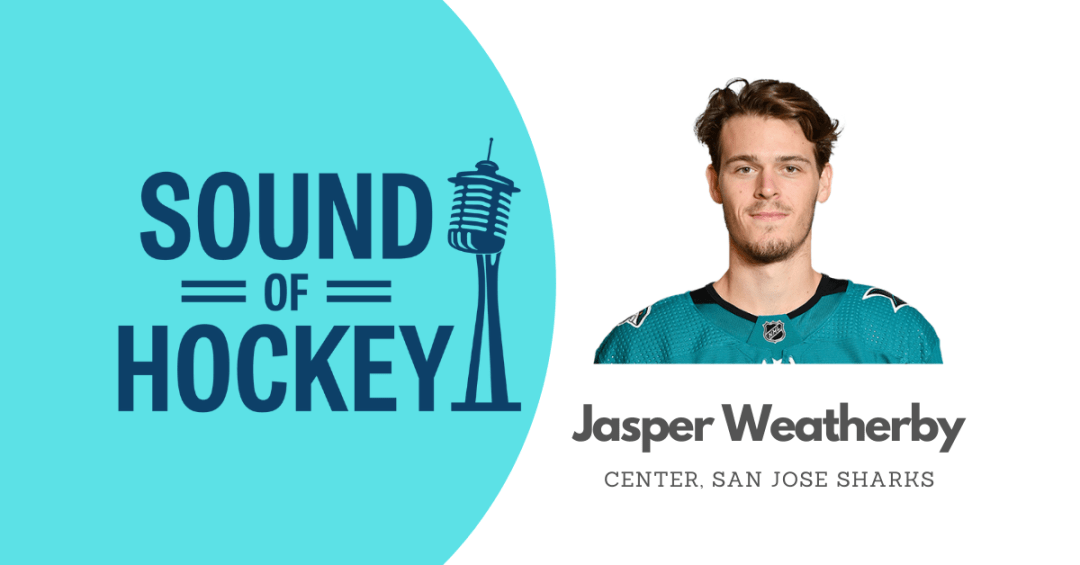 It’s a big-time episode this week with a big-time guest! As the Seattle Kraken prepare to take on the San Jose Sharks, the guys welcome Sharks rookie center Jasper Weatherby (read about him here) onto the Sound Of Hockey Podcast. Jasper is an awesome guy who surprised the hockey world by making the Sharks out of training camp this season. Off the ice, he has been a leader in the hockey world on social justice issues and has plenty of ties to the Pacific Northwest. It’s a fun interview.

Also on this episode, John, Andy, and Darren start by giving their commentary on the current media-related train wreck in Edmonton, where Leon Draisaitl recently got into a tiff with Jim Matheson.

They then shift to the latest Kraken news including the team finally breaking its nine-game losing streak with a win over an outstanding Marc-Andre Fleury and the Chicago Blackhawks.

Darren of course gives his thoughts on the Kraken revealing a team puppy, and after that the guys move onto general hockey news.

Segbits this week include Goalie Gear Corner, Weekly One-Timers, Three Stars, and Tweets of the Week.