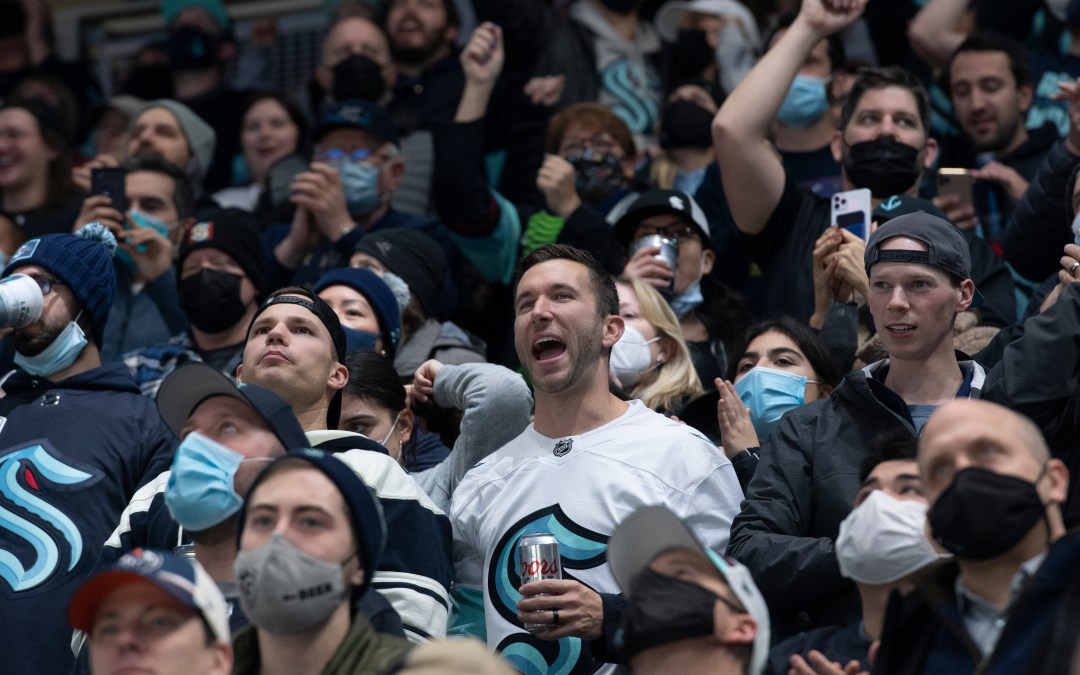 Welcome to the SOH Liveblog for Sunday’s game between the Florida Panthers and the Seattle Kraken. We will update this throughout game day, so check back often!

The Seattle Kraken face a tough test Sunday against perhaps the NHL’s best team, the Florida Panthers. Seattle surprised the hockey world by beating this team 4-1 in their barn back on Nov. 27. The Panthers entered that game with a perfect 11-0-0 home record, before the Kraken handed them their first loss.

Florida has only gotten better since then and is 8-1-1 in its last 10 games. Under interim head coach Andrew Brunette, this team is scoring goals in bunches and running opposing teams out of the building with regularity. The Panthers have hung nine (!!!) goals on opponents on two separate occasions in the last month, though they did just squeak by the Vancouver Canucks on Friday with a 2-1 shootout win.

Regardless, the Kraken need to really bring it if they want to hang with the high-flying Panthers.

There were a couple interesting developments at morning skate on Sunday. First, we can’t confirm this, but we saw signs that Joonas Donskoi could be a healthy scratch for this game. He was on the ice and is available to play but did not have a spot in line rushes. Instead, Karson Kuhlman looked like he would be back in a fourth-line role after being scratched Friday. Kuhlman’s healthy scratch against the Blues came after he got just 7:46 of ice time in his debut against the Sharks.

Donskoi—traditionally a decent scorer—is remarkably still without a goal, despite having played in all 40 games this season for the Kraken. He does have 14 assists, but still, it’s bonkers that he hasn’t found the back of the net yet.

If we’re correct on our theory that he is out Sunday (and that it is, indeed, a coach’s decision), that would be quite the message to send a veteran forward making close to $4 million. UPDATE: This is confirmed. Donskoi is not dressed.

Also conspicuously absent on Sunday were Jamie Oleksiak and Chris Driedger. Driedger was confirmed to still be in COVID protocol, while coach Dave Hakstol told us that Oleksiak is day to day with a lower-body injury. That last piece was surprising because as of Friday, Oleksiak had officially been out with a non-COVID illness.

Can Kraken bounce back from tough showing?

The Kraken had a rather poor outing on Friday against the Blues and came away with a deserved 5-0 loss. That was the third time they have been shut out on the season and the second time at home. After opening the game in slow and sloppy fashion, Joey Daccord held Seattle in it through the second period. The wheels came off in the third, though, and the result was a thorough spanking on home ice.

Seattle was in the second of back-to-back games and looked tired, while the Blues entered that game rested. The Kraken had the day off Saturday, so here’s hoping they come out looking fresher against the Panthers.

Top six needs to get going

It’s interesting how this team always seems to have either its top forwards scoring or their depth players scoring, but almost never both at the same time. Two games ago, Calle Jarnkrok and Carson Soucy provided the offense, while the top line was held off the scoresheet.

Jordan Eberle mentioned Friday that the top six forwards have been “pretty dry” offensively, so clearly they’re aware that the production hasn’t been there. We asked Hakstol if he thinks those guys might be pressing a bit, and he said, “I believe you see a little bit of that. One or two players—and it’s been that way all year—but one or two players out.

“But, everybody deals with that. I think it’s natural for players to want to do a little bit more. [Eberle] is a guy that takes a lot upon his shoulders, and you know, the reality is there’s gonna be nights when you run into real tough matchups five-on-five, and you just have to work to play an even hockey game.”

Both Eberle and Jared McCann, Seattle’s top two scorers, have been held pointless in their last five games.

This lineup is confirmed. Donskoi and Borgen are out, Lauzon and Kuhlman are back in.

Another game, another early deficit for the Seattle Kraken. Philipp Grubauer made a nice toe save on an Anthony Duclair shot, but as the rebound trickled out, Carson Soucy – tied up with Sam Bennett – inadvertently deflected the puck in his own net.

Adding injury to insult, Soucy collided with Frank Vatrano in the Kraken zone and was writhing on the ice for a bit. He then was putting minimal weight on his left leg as he went to the bench. He did come back for a twirl during the TV timeout, but then went down the tunnel.

The first period was an eventful one. The high-flying Panthers play a wide-open and exciting style. Grubauer looked good, and Sergei Bobrovsky had several good stops of his own at the other end.

Just when we thought the Kraken might never score again, they broke through five minutes into the second period. On a nice passing play off a rush, Marcus Johansson got it to Jared McCann, who went to Mark Giordano. Giordano then gave it back to Johansson in the slot, and Johansson blasted it past Bobrovsky to make it 1-1.

Once Johansson broke through, it was like the floodgates opened for the Kraken in the second period. After three minutes of power play time had just ended, Adam Larsson passed across the tops of the circles to Yanni Gourde on the right halfwall. Gourde blasted away and beat Bobrovsky for his first goal since Dec. 30.

Seconds later, Colin Blackwell really used his head. A Mason Appleton shot from a bad angle hit off the side of the net and popped up in the air. It literally bounced off Blackwell’s head and went in. He then stumbled and fell while celebrating, so in general, it just wasn’t the prettiest display. But hey, ugly goals look just as good as pretty goals on the scoresheet.

Down two, the Panthers wasted no time getting themselves back in the game. With Morgan Geekie in the box, Jonathan Huberdeau wristed a shot from the point that Grubauer never saw.

A minute and a half later, Huberdeau found Aleksander Barkov on a rush. Gourde got in the lane and deflected it, but the deflection turned it into a knucklepuck that fluttered over Grubauer and in. Just like that, it was 3-3.

If we had to predict combatants in a fight, we would not expect Yanni Gourde to throw down with the much bigger Radko Gudas. Gudas threw a heavy hit on Gourde in the Florida corner. Then the two tangled for a bit, before Gourde angrily threw down his stick and gloves and awaited a bout with Gudas. To Gourde’s credit he held in pretty well with a tough customer.

Gourde was an assist away from the Gordie Howe hat trick at the end of a WILD second period.

The third period picked up right where the second left off. Just 26 seconds into the frame, the Kraken regained the lead 4-3, when Mason Appleton raced in and let a shot go from the right face-off circle. It beat Bobrovsky, giving Appleton his third of the season and first goal since Nov. 29.

The final two minutes of the game were about as hairy as they can get for the Kraken. With Bobrovsky off for the extra skater, the Panthers absolutely peppered Grubauer. The German Gentleman stood on his head to earn the victory, and robbed Duclair of what looked like a sure goal.

Calle Jarnkrok closed it out with an empty netter, and the Kraken won 5-3.

What a game! What a win! The Kraken are 2-0 against the Panthers for some reason!