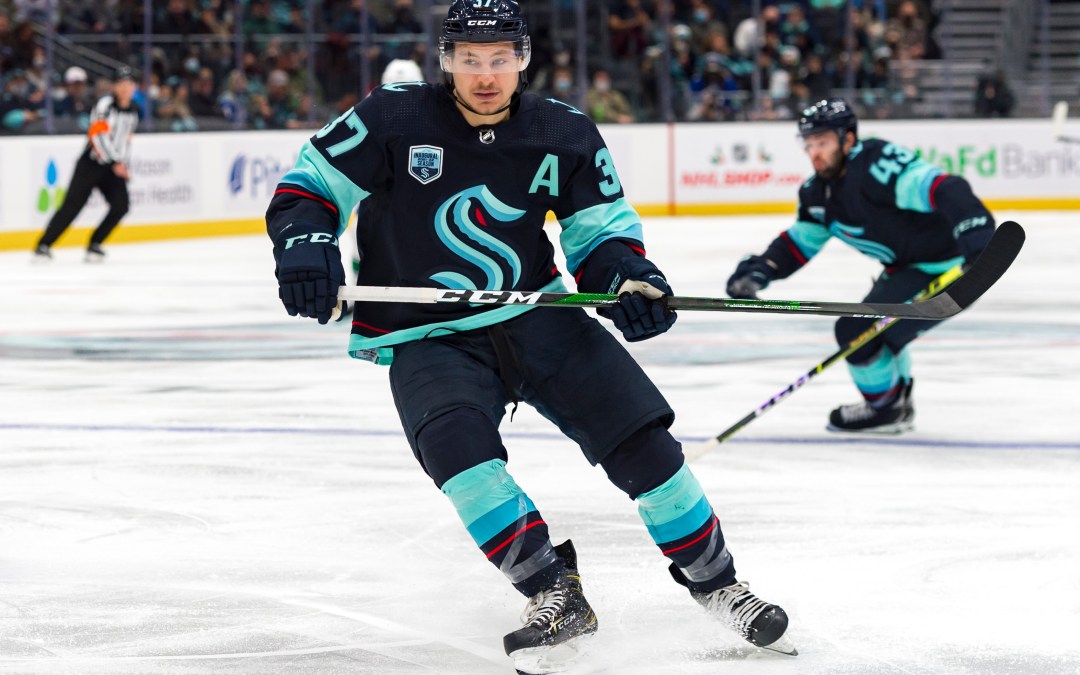 Folks, it’s official. Winning is far more fun than losing. The Kraken beat an outstanding Florida Panthers team for the second time in as many tries on Sunday in an electric game that went down to the wire and brought a deafening roar from the home faithful in the final minutes.

Since snapping a nine-game losing streak, the Kraken have now won three of their last four and bounced back in brilliant fashion Sunday after a lackluster 5-0 defeat to the Blues on Friday.

Coach Dave Hakstol indicated that the St. Louis game was largely a result of the Kraken playing on the second of back-to-backs with tired legs, facing a good team on three days’ rest. “That has something to do with it,” he said Sunday. “Nobody brought that up. Nobody talked about that in our room. Nobody made that an issue. But you know, we had a tough time against a heavy team that defended well and didn’t give us a whole lot of space.”

So why was Sunday so different?

“Tonight we had energy. We played well from the drop of the puck, and we responded at the right time. We had great goaltending and timely plays offensively.”

That pretty much sums it up, but we’ll still give our Three Takeaways from a memorable 5-3 Seattle Kraken win over the Panthers.

Takeaway #1: This is the Philipp Grubauer we hoped to see

The version of Philipp Grubauer we’ve seen over the last couple weeks has been refreshing. He’s calm and collected, and he’s not only making the saves he’s supposed to make, but he’s also bailing the guys out from time to time. When he is giving up goals, they aren’t the stinkers that we were seeing so frequently at earlier stages of the season, and they aren’t compounding like they did before.

He was awesome Sunday, especially down the stretch.

With Florida goalie Sergei Bobrovsky off for an extra skater, Grubauer faced a shooting gallery in the closing minutes of the game. The best chance came when Sam Reinhart made a cross-crease pass to Anthony Duclair for a sure goal. Grubauer went post to post in the blink of an eye and stretched his glove out to rob Duclair.

With exhausted Kraken players penned in their zone for what felt like an eternity, Grubauer gave everything he had to keep the puck out of the net and finally froze it for a whistle with 36 seconds left. Fresh Kraken players were quickly able to close out the game after that stoppage thanks to a Calle Jarnkrok empty-net goal.

“He’s been great lately,” Yanni Gourde said of the Kraken netminder. “He’s more confident, he makes those big saves for us. We’re controlling, maybe, the rebound a little bit better than we were, so that allows him to find the shot.”

The third Panther goal scored against the Kraken was an odd Aleksander Barkov shot that deflected off Gourde and floated over Grubauer.

“Strange goal off our guy, up and over his shoulder,” Hakstol said. “But Grubi went right back to work and was rock solid the rest of the way, including— obviously, it might be the save of the month; it was a hell of a save on Duclair on the back door.

“That’s the biggest thing that I see is being able to just shrug off a goal against and move on to the next save, and that’s been really important.”

Grubauer’s save percentage on the season is still an uncharacteristically very low .884, but in these last three games he’s been at .922. Sunday was another step toward righting his numbers from earlier in the season.

Takeaway #2: Players off the schneid

Gourde had been conspicuously quiet in the month of January. He had been moved up and down the lineup, playing with a whole host of different linemates, as Hakstol tried to find a combination that would get him and others going offensively. On Sunday, Gourde was more noticeable than he had been in a long time, and he got rewarded with his first goal since Dec. 30.

Just after the Panthers had killed off a five-on-three Kraken power play in the second period, Adam Larsson sent a pass across the tops of the circles to Gourde. Gourde leaned into a one-timer and blasted it past Bobrovsky, giving the Kraken their first lead of the night over the Panthers.

Colin Blackwell stretched the lead to two with a hilarious goal 17 seconds later (more on that in a bit), but then the Panthers stormed back to tie the score before the end of a thrilling second period.

As soon as the third period got underway, Mason Appleton broke through for his first goal since Nov. 29, a tally that would ultimately hold up as the game winner, thanks to stellar play by Grubauer.

Appleton also assisted on the Blackwell goal, giving him two points and second star honors, while Gourde also fought a much larger Radko Gudas and fell an assist shy of the Gordie Howe hat trick. It was a nice performance by those two guys and hopefully a catalyst for more production moving forward.

Though the Kraken got a win, Sunday was a tough night for Carson Soucy and Joonas Donskoi. Duclair was credited with a goal 4:57 into the game, but really he was just the last Panther to touch the puck before Soucy—battling for position with Sam Bennett—inadvertently deflected the puck into his own net.

Five minutes later, Soucy tried to hit Frank Vatrano in the corner to Grubauer’s right. It was an awkward collision, though, and he went down in a heap before writhing around in pain for a bit. He did get up and skated gingerly to the bench, then came back later to test out what appeared to be a left leg injury. But he clearly didn’t like how it felt, went down the tunnel, and did not return.

As for Donskoi, well… the $3.9-million-per-year veteran forward was given his first healthy scratch of the season on Sunday, after playing in all 40 of the Kraken’s games up until now.

We knew something was up when he was on the ice for morning skate but did not have a place in line rushes. Hakstol then indicated in his morning availability that a change to the forward group was coming, though he wouldn’t say what the change was.

Sure enough, there was no Donskoi to be found when the Kraken took the ice for warm-ups against the Panthers.

Hakstol said after the game that he wanted to get newly acquired Karson Kuhlman—who did play well, by the way—back into the lineup. As for why he chose Donskoi to come out of the lineup, Hakstol said, “He’s playing so hard for us and doing good things for us defensively. Things haven’t happened for him offensively yet, so it’s an opportunity for a little reset also for him. He’s a real important player for us and a really well respected player within our dressing room.”

The coach did also imply that Donskoi will be back in for next game. Still, that’s quite the message to send to a guy who seems to do everything right, but just hasn’t found the back of the net this season.

Bonus takeaway: Goal of the year?

Blackwell’s goal 17 seconds after Gourde’s was an absolute beauty, right off the noggin. He followed it up with an awkward fall while celebrating, the perfect way to cap off (pun intended) such a unique goal.

We asked Hakstol if Blackwell’s goal is how he draws ’em up, and Hakstol—with a laugh—said, “Absolutely! We talked about it this morning, we showed video… That’s the way we wanted it.”